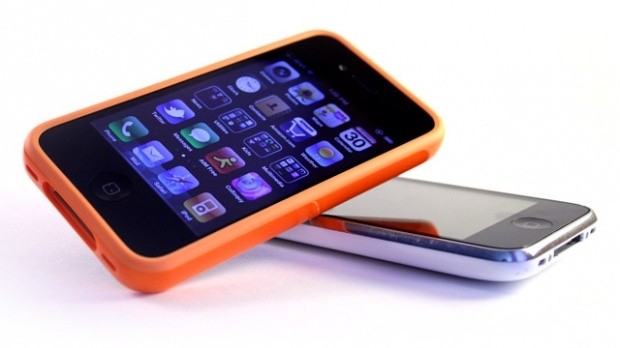 Apple's huge press event on Friday did more than announce free cases for all iPhone 4 users; it also lit a fire under several companies as Apple CEO Steve Jobs said that many modern phones suffer from "death grip" signal loss. He used examples such as the
BlackBerry Bold 9700, HTC Droid Eris, and a Samsung Omnia II during the conference and the top brass at several of the companies aren't taking Jobs' words lightly.

RIM was one of the loudest against Apple, stating "One thing is for certain, RIM's customers don't need to use a case for their BlackBerry smartphone to maintain proper connectivity. Apple clearly made certain design decisions and it should take responsibility for these decisions rather than trying to draw RIM and others into a situation that relates specifically to Apple."

HTC pointed to return percentages to debunk Apple's claims, stating that only 0.016 percent of tech support calls for the Eris were due to reception problems, compared to Apple's 0.55 percent. Nokia didn't even have a dog in the fight, but made a statement of their own saying, "Nokia has invested thousands of man hours in studying how people hold their phones and allows for this in designs, for example by having antennas both at the top and bottom of the phone and by careful selection of materials and their use in the mechanical design."

While Apple may be trying to deflect their problems by saying that everyone has these problems, one thing is clear: there has never been such a public outcry over such an obvious design flaw. While the free cases may be a short term fix, Apple has quite a bit to do to repair their image with the masses.
NEWS SOURCE:pcworld.com
Newsletter Subscription