The latest additions to support SLI using this update are as follows :- 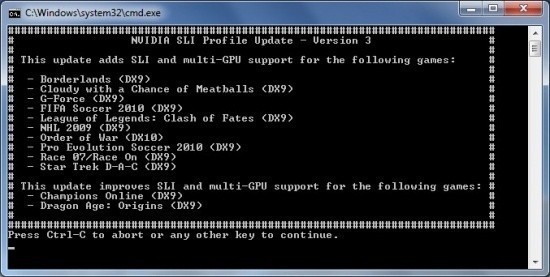