All NewsBusiness, Financial & LegalCases, Cooling & PSUContests & GiveawaysCPU, APU & ChipsetsDealsDisplays & ProjectorsGamingMotherboardsScience, Space & RoboticsStorageVideo CardsVirtual & Augmented Reality
All ReviewsAll ArticlesAudio, Sound & SpeakersCases, Cooling & PSUCPUs, Chipsets & SoCsComputer SystemsDisplays & ProjectorsGamingMotherboardsNetworkingPeripheralsStorageVideo Cards
GuidesGamingAsk the ExpertsNewsletterAboutForums
Halo InfiniteBattlefield 6Elon MuskGTA 6RTX 3080RTX 3070HDMI 2.1Bitcoin Mining
Motherboards
Well if you were waiting for a new PCIe standard before upgrading you are in for a long wait. If you did not know that a new standard was due out and has now been delayed, well you are not alone. The PCI-Special Interest Group has announced that they are going to delay PCI 3.0 until sometime next year.

The new protocol would have enabled faster data rates (32Gigbits/second) and better (lower) power consumption. According to the PCI-SIG the new protocol is a bit more work than expected, but that is ok as, well apparently we do not even need it yet.

You have to wonder about these new standards that keep getting delayed. After all USB 3.0 got dropped for now, SATA 6Gb/s had stability issues and now PCIe 3.0 is being pushed back. One possibility is that slow economic times could delay development of products that can actually support the new interfaces. This would realistically delay adoption of the new standards by OEMs, but that is just speculation on our part. 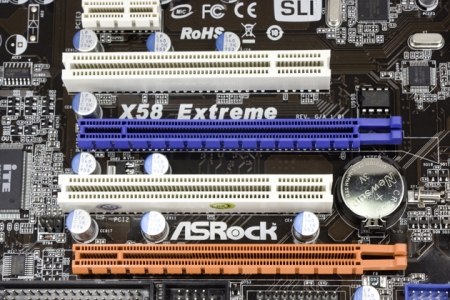