While the Phenom II cannot compete MHz for MHz with Intel at this time they do score over the Intel offerings by being much more economical (pronounce that less expensive) this paired with their huge overclocking potential has led to many people defection back to AMD.

The market share numbers, while a good thing for AMD are also reflective of inventory clearing efforts on the part of both companies. Still AMD is moving forward and even the mainboard makers are showing an increased demand for AMD based mainboards. 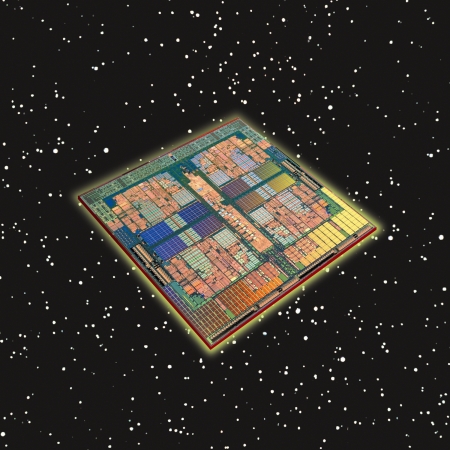 However, Mercury Research's Dean McCarron added how the quarter has been defined by inventory adjustments, meaning that manufacturers have cleared the excess inventory caused by the recession, so these statistics should be taken with a grain of salt.

Nevertheless, the fact remains that AMD is getting better as Bright Side Of News also reports that a top-tier motherboard vendor has gone from 8% AMD - 92% Intel ratio to a 30% AMD - 70% Intel with plans for even 40% AMD - 60% Intel in Q2.