Now the gang over at Fudzilla is reporting that Office 14 will ship in both x86 and x64 flavors. This was discovered while tinkering around inside the new RC for Windows 7 by Ed Bott from ZDNet.

While checking the registry they came across an x64 entry for office.
This is not present in Vista or XP. Currently there is no x64 version of office so this could only indicate that future versions would have a 64bit base. 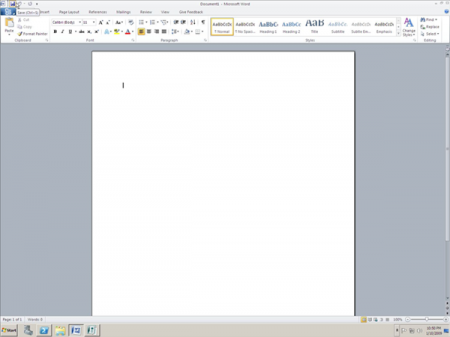 According to Ed Bott from ZDNet, some of the arcane files that are included with Windows 7 beta releases seem to reveal clues to an upcoming Office x64 release. For instance, Windows 7 build 7000 includes an obscure XML file called Migwiz.xml which includes the same list of applications found in Windows Vista. In post-beta builds, however, this file has been updated to include more modern programs. It was in the header of this file that Ed noted the Office 14 section includes an extra "_x64" entry for each listed Office program.