All NewsBusiness, Financial & LegalCases, Cooling & PSUContests & GiveawaysCPU, APU & ChipsetsDealsDisplays & ProjectorsGamingMotherboardsScience, Space & RoboticsStorageVideo CardsVirtual & Augmented Reality
All ReviewsAll ArticlesAudio, Sound & SpeakersCases, Cooling & PSUCPUs, Chipsets & SoCsComputer SystemsDisplays & ProjectorsGamingMotherboardsNetworkingPeripheralsStorageVideo Cards
GuidesGamingAsk the ExpertsNewsletterAboutForums
Quantum computing has been a big buzzword and a dream of many. If the findings of a recent study are correct it might be moving from fantasy to reality.

The breakthrough came from a device created at Edinburgh and Manchester universities. Which is a non-silicon molecular device could be used to form the base of a quantum computer system.

The power of quantum computing lays in the fact that quantum binary digits can represent multiple values at the same time. This makes the highly parallel and far more advanced than traditional silicon based parts. 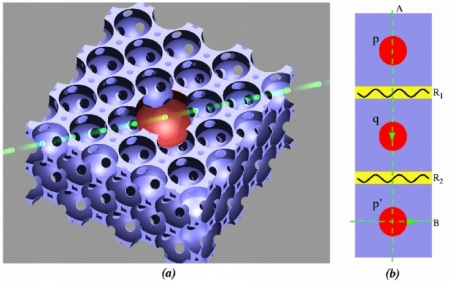 According to Professor David Leigh, of Edinburgh University's school of chemistry, "the major challenges we face now are to bring many of these qubits together to build a device that could perform calculations, and to discover how to communicate between them." Moreover, the complexity of the qubit will enable quantum computers to perform more quickly than conventional machines in a process known as quantum parallelism. "This development brings super-fast, non-silicon based computing a step closer," he added.

The molecular device discovered was found by combining tiny magnets with molecular machines that can transport between two locations without the use of external force. In effect, these maneuverable magnets may one day be used as the basic component of quantum computing.