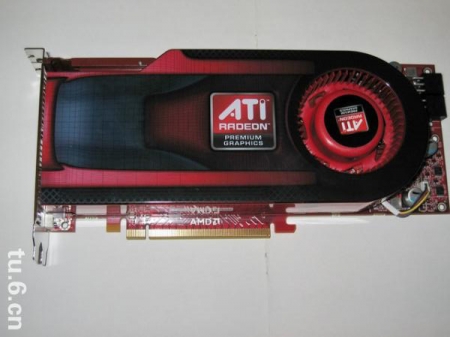 Pictures and a GPU-Z screenshot showed up here. Although nothing has been officially stated on the card's name and there has been some debate on it. The factory sticker on the back clearly has it labeled as the ATI Radeon HD 4890.

As has been expected for some time now, the new GPU will have a core clock of 850MHz and the 1GB GDDR5 memory will be at 975MHz.

The card also hit website Salland, available for pre-order for about US$365. Availability is still scheduled for April and the MSRP will likely be lower than what it is listed as for pre-order.