Well Intel has responded by casting doubt on the methodology used in the PCPerspective report.

According to an article at CNet, Intel thinks that they tests used do not show average consumer usage and could be very misleading in their results.

A statement by Intel said: "In general, when a PC's drive (SSD or HDD) is full, there will be some reduction in system performance, however the performance reduction reported by PC Perspective is higher than we generally expect, which is why we are looking into the methodology."

It will be interesting to see how this all plays out. 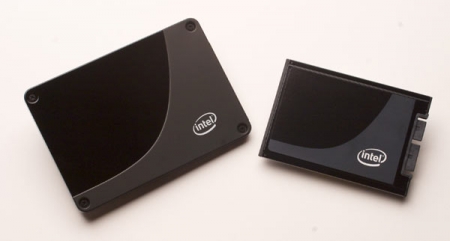 A review, however, entitled "Long-term performance analysis of Intel Mainstream SSDs" on technology Web site PC Perspectives claimed, among other things, that the Intel X25-M solid-state drive may degrade in performance as a result of "internal fragmentation" and that "a 'used' X25-M will always perform worse than a 'new' one" and, in some cases, drives "would drop to significantly below manufacturer specs."

The reviewers claimed that they made an effort to reproduce real-world scenarios. "Dozens of different scenarios were played out on our drives. XP / Vista installs, repeated application / game installs, batch copying of files...were all liberally applied to the X25-M." The review concluded that "all three of our SSDs suffered a drop in performance regardless of the type of workload applied to them."