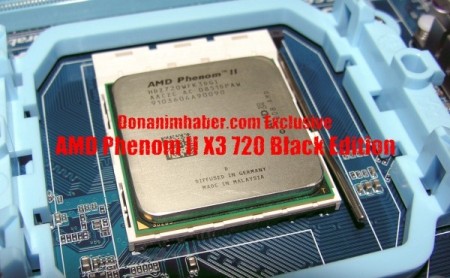 Looking over some of the screenshots, we can see it holds 512KB of L2 cache per core as well as 6MB of L3 cache and operates at a stock speed of 2.8GHz (200MHz x 14). As it is one of AMD's "Black Edition" processors, the multiplier is unlocked for some friendly overclocking abilities. 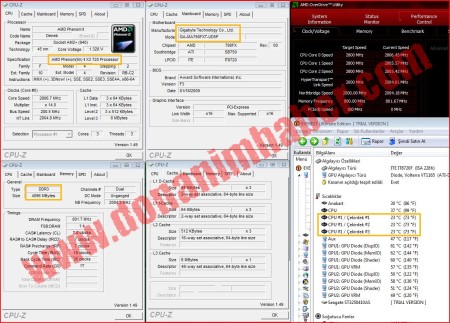 Tests were performed on both DDR2 and DDR3 platforms with the use of GIGABYTE's GA-MA790FXT-UD5 and MA790FX-DQ6 motherboards and the lineup of benchmarks include Cinebench x64, PCMark Vantage, Fritz Chess 9, Everest, Hexus Pifast and Far Cry 2.

I won't spoil the surprise (and there's a few). You can see the results for yourself at this translated page.

Update: It looks like the article's just been pulled down, but thankfully the folks at Techpowerup managed to get hold of some of the results before this occured.

The Phenom II X3 720 Black Edition is slated for launch towards the end of this quarter at a price point of around 140 in Europe.
Newsletter Subscription