To combat this loss EA will be closing 12 facilities and reduce the work force by as much as 11%. EA hopes to reduce operating costs by as much as $500 Million for FY 2010.

EA says that while they suffered a loss they still produced great quality games claiming they had better products than any third party publisher.

Of course the issue could be EA's instance in using game breaking DRM schemes to control their games. Spore, which should have been a landslide game instead became the most downloaded game of 2008. 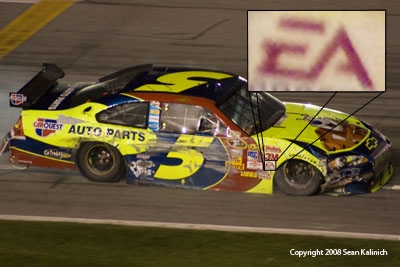 There are also plans to reduce its portfolio of games to 50 in the 2010 financial year, over 125 SKUs.

For the quarter, revenue was up 10 per cent to USD 1.65 billion, with USD 88 million in deferred revenue from online games.

"Our holiday quarter came in below our expectations and we have significantly reduced our financial outlook for fiscal 2009, a clear disappointment," commented John Riccitiello, CEO.
Despite the loss, Riccitiello stated that product quality was high compared to rival third-party publishers.

"We delivered on game quality and innovation in calendar 2008, with 13 titles rated 80 or above - more than any third-party publisher. We expect to build on this great quality record in the year ahead while delivering more profitability."