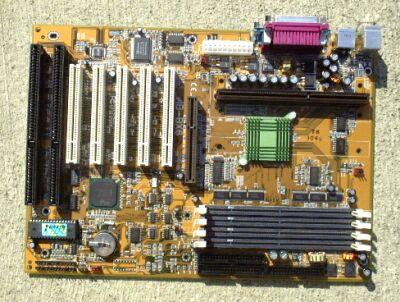 (Picture above: the Intel 440BX based motherboard that started everything for ABIT)
A few years ago now, ABIT started its shocking fall from the top. Its management were excused and charged for bad financial practices, key staff walked away from the company, engineers jumped shipped - ABIT, as we knew it, would never to be the same as it once were.

Fast forward to this year and ABIT were left with a single product line to try and keep the company from collapsing - digital picture frames with the ability to print. They didn't work out as planned, there were rumors of ABIT re-entering the graphics card market once again, but those rumors didn't eventuate.

Computer enthusiasts join me in bidding farewell to the once mighty strong ABIT - they are going to close the company once and for all on December 31st.