All NewsBusiness, Financial & LegalCases, Cooling & PSUContests & GiveawaysCPU, APU & ChipsetsDealsDisplays & ProjectorsGamingMotherboardsScience, Space, Health & RoboticsStorageVideo Cards & GPUsVirtual & Augmented Reality
All ReviewsAll ArticlesAudio, Sound & SpeakersCases, Cooling & PSUCPUs, Chipsets & SoCsComputer SystemsDisplays & ProjectorsGamingMotherboardsNetworkingPeripheralsRAMStorageVideo Cards & GPUs
GuidesGamingAsk the ExpertsNewsletterAboutPrivacyForums
AMD Zen 4Intel ArcBattlefield 2042RTX 3090 TiRTX 4090RTX 4080GTA 6Elon MuskHDMI 2.1
Flashback to E3 2005. Sony unveils the PS3 with its gargantuan price tag of $599 USD and leaves the press in attendence gasping at the price. Clearly Sony had to show something to justify this cost and the technology revolution that the PS3 apparently was. Step up David Cage, one of the game industries more outspoken developers and one with dreams and visions of where gaming should go.

Heavy Rain is Cage's third game and there is no doubt this was his oddysey. In development for five years, many people started to wonder if the game would ever see the light of day. Well, it finally has, and the wait was most definitely worth it.

The tag line for the game was 'how far would you go to save someone you love' and from minute one to the end of the game you will constantly be challenged and questioned on this. Without giving too much away (as the game relies heavily on its plot), you play as four characters interspersed in the same story of a father trying to find his kidnapped son. To go into any further detail would lead into spoilers.

Heavy Rain treads the line well between interactive fiction and adventure game. If Heavy Rain is the future of adventure games, then the genre is in good hands because this title single handedly re-invents that genre. Cage's last game, Indigo Prophecy (Farenheit in the U.S.) showed us his vision and dreams for where gaming can go. Heavy Rain delivers on his visions. 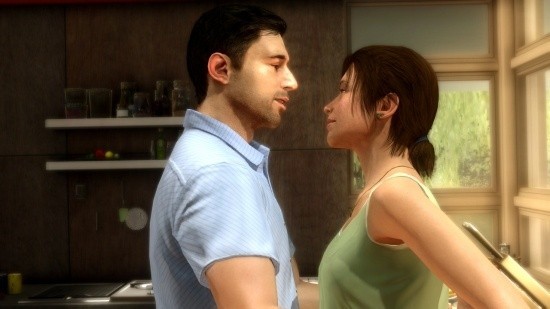 As mentioned earlier, you play as one of four characters during a sequence of 'scenes'. It is entirely possible to have your friends play through this game and go through a completely different set of sequences and options. Each decision you make in this game can affect the rest of the game in many different ways. To give an example; at one point, a character in the game has the option to kiss or turn away from another character. This seemingly small decision can have a significant impact on how the rest of the game plays out. You thought Mass Effect 2 was tough on decisions you make; wait 'till you see what Heavy Rain can do.

The smartest thing that Cage did when promoting this game was inform us that the characters can die. Having this in the back of your mind is spooky; each tough decision making you wonder if the character is going to make it or if that will be a fatal mistake. Constantly throughout this game you are challenged with decisions and tough ones at that. There are moments where the game will pull on your emotional strings and unlike most games which you can plough through like a robot, Heavy Rain if played properly will make you feel emotions that you have never felt before in games.

Everything that happens in the game happens on screen. That may sound like an obvious comment, but what we mean by that is a characters emotion is displayed on screen in various ways. One way is that the dialogue/action options you choose shake heavily on the screen when the character is feeling pressured and nervous and there are many times in the game where you will be stunned at what it is asking you to do. Playing this game as if you really were searching for your kidnapped child and it will lead to a much more enriched experience as you will be making those decisions. The game also likes to screw with your mind and you may find yourself in day to day life pondering what happened in the game or who the Origami killer really is. 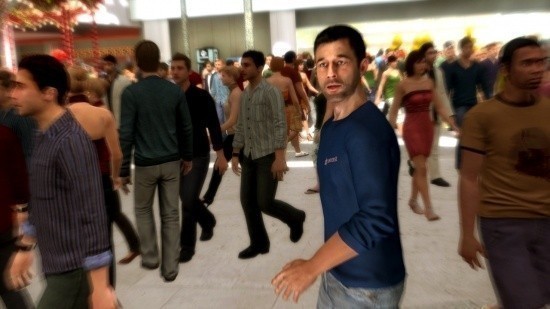 However, with that said, there is a few things that keep Heavy Rain from being a true masterpiece of gaming. First of all, the controls are not well done. The mentality behind the controls was that L2 and R2 would control the characters legs, while L1 and R1 would control the arms with the sticks used to move the characters head. So, this leads you to holding R2 and moving the stick to move and considering they move like robots, it really is distracting.

The other distraction is the voice acting. It is clear that the French developer has employed French actors which is fine other than the fact they are trying to impersonate American every day people. The voice acting and script can be incredibly grating and as long as you can put up with subtitles, we heavily reccomend that you play this with French subtitles. It's not a complete failure, but there are cringe worthy moments, especially at the start of the game. 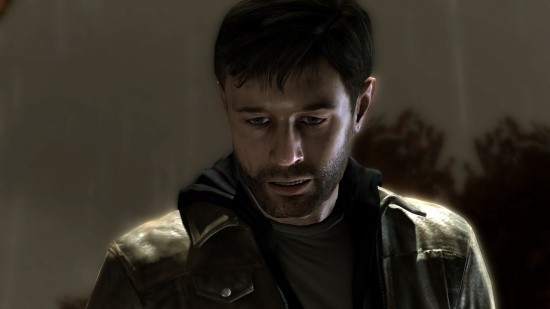 Where the game gets back on track, though, is the scenes and graphics. The variety in scenes is extremely well done (such as a suburban house, dingy hotel and the often seen nightclub) and while on paper it may seem boring to place a plate with the sticks or do a stick motion to turn water on and cook eggs, for some reason in Heavy Rain it really makes sense. The scenes also can significantly play differently depending on how you play the game and the decisions you make. Once we finished the game and left enough time to ponder the decisions we made (we don't think you should play the game again after finishing it for at least a little while to allow 'your' story to sink in), we replayed some chapters via the replay chapter options and our scenes went in ways we could never have predicted. 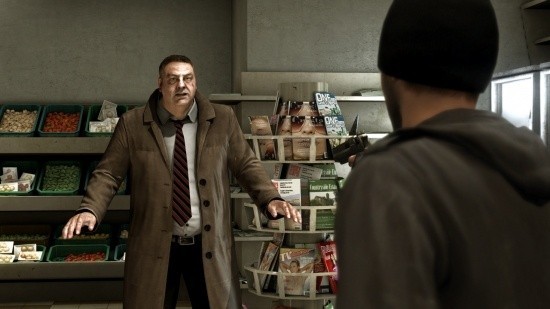 Visually the game is stunning as well. High levels of character detail, interesting scenes and incredible graphics, it's clear that Cage and his team has done a fantastic job with the hardware they have and we can clearly see why Sony put this as a PS3 poster boy all those years ago. Heavy Rain is one of those games that you will either fall in love with or wonder what all the fuss is about.

It is not a game for everyone and explores very mature themes, but for those who can appreciate the narrative of games and adventure gaming, Heavy Rain offers one of the best games developed in a number of years and could be hard to top once GOTY awards come around, even though it's only March.