NVIDIA had lots to talk about when it revealed the GeForce RTX family of graphics cards last year with a bunch of new technologies under the hood of the Turing GPU architecture, one of which was DLSS or Deep Learning Super Sampling.

DLSS is something I covered extensively in my larger review on NVIDIA's GeForce RTX 2080 Ti Founders Edition graphics card, but the only DLSS performance metrics we had to go by was Epic Infiltrator. There was also DLSS support for Final Fantasy XV and a heap of other games announced, but nothing you could repeatedly benchmark from a company like UL Benchmarks.

UL has just introduced a new update to 3DMark and its new Port Royal real-time ray tracing benchmark, with collaborative work with NVIDIA for a new DLSS Feature Test. This new test is not a new 3DMark run like Port Royal was, but rather a feature test for one of NVIDIA's new features: DLSS. The new DLSS feature test still runs through Port Royal but it runs twice: once with TAA enabled, and then another with DLSS.

The DLSS run improves performance, in some cases dramatically, by up to 50%. Sure, this is only a pre-canned benchmark and not a real-world game, but this is the type of performance gains we're to expect by DLSS-powered games, something games like PUBG would benefit greatly from. DLSS is something that is being spread out slowly but surely.

What You'll Need & How To Run It

How To Run It - Once you're in 3DMark, navigate to Benchmarks, scroll to bottom for 'NVIDIA DLSS Feature Test'

I've run all of NVIDIA's own GeForce RTX Founders Edition cards as well as a bunch of custom MSI GeForce RTX series cards, right through to the insane MSI GeForce RTX 2080 Ti LIGHTNING Z, which I reviewed here. We can see that there is a good space between each of the cards with the RTX 2060, RTX 2070, RTX 2080, and RTX 2080 Ti carving out their own positions with DLSS performance.

The flagship GeForce RTX 2080 Ti is the only one capable of getting close to 60FPS with DLSS enabled, but that's a huge 41.8% improvement over the TAA-powered DLSS feature test. There are some huge performance g ains of at least 40% enabling DLSS, with a break down of:

Final Thoughts - Give Me More DLSS

As I said in the opening of this article, NVIDIA's new DLSS technology is one of my most anticipated for Team Green this year and into the future. We're looking at a 40% performance gain for similar, and most of the time better looking graphics. If the performance gain was 5-10% then this would be a different story, but a 40% gain is something people spend hundreds, and sometimes thousands of dollars to achieve. 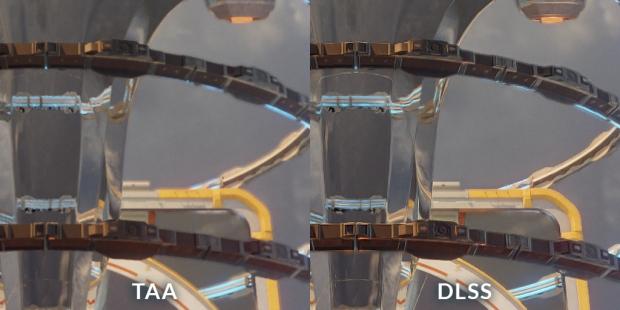 DLSS is something that badly optimized games like PUBG (at least at launch and for nearly a year after) will benefit from the most, the same goes for new AAA titles that push graphics to the boundaries but can't run on current-gen hardware. We could see NVIDIA step in with DLSS and hit performance numbers that are otherwise reserved for spending much more money on a graphics card upgrade.

The thing to remember here is that it is just 3DMark and a specific RTX-based test and then even more so that it's a DLSS specific feature test. This is not indicative of real-world gaming performance, but it is in line with what NVIDIA promised during the big Turing/GeForce RTX unveiling last October. We need something to test DLSS and now we have it - even though it's a run-once-and-forget-it type of deal... we now have our own data to check out. 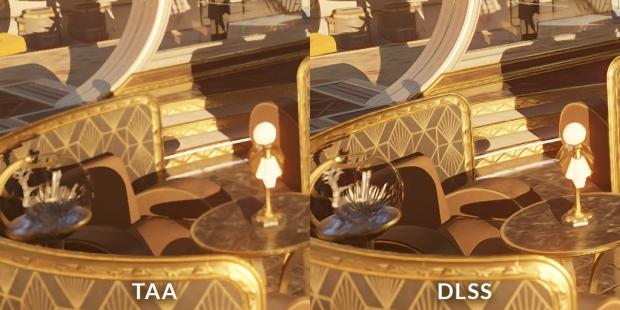 What do you guys think of the DLSS feature test? Have you got a GeForce RTX card and run it yourself? What do you think of DLSS as a technology? Are you waiting for support in Battlefield V, Shadow of the Tomb Raider, ARK, or any other games? Let us know in the comments below.