The end of the month is all very hectic at the moment and straight in the middle of our busiest time ATI have dropped the latest driver on us like clockwork. Combined with the pre-Computex news getting along that there's an NDA lifting on the new mid-range GTX 400 series next week and it's just busy, busy, busy times.

On the performance front ATI isn't promising us anything with the 10.5s so we're not expecting anything too exciting. To be honest, the late release in the month makes us think it was all a little rushed.

In saying that, there's some things worth noting. Two big features are the fact that 120Hz displays are now supported on both HD 3000 and HD 4000 series cards which is great for people who want to get some ultra smooth gaming done.

The other big news is that the flicker on extra monitors has been fixed. This was done by upping the 2D clocks which has in turn bumped up idle temps, but for most it shouldn't be anything too serious. 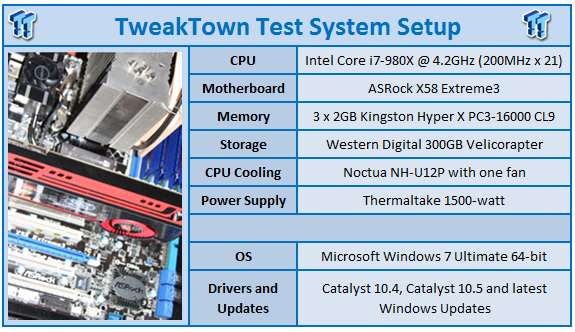 Normally we would give you a run down on each graph, but today we're not. The bottom line is that across all four cards there's nothing worth really mentioning in the performance side of things.

There are a few little ups and downs here and there, but nothing that's really worth noting. Hopefully we'll see something a bit more exciting next month. 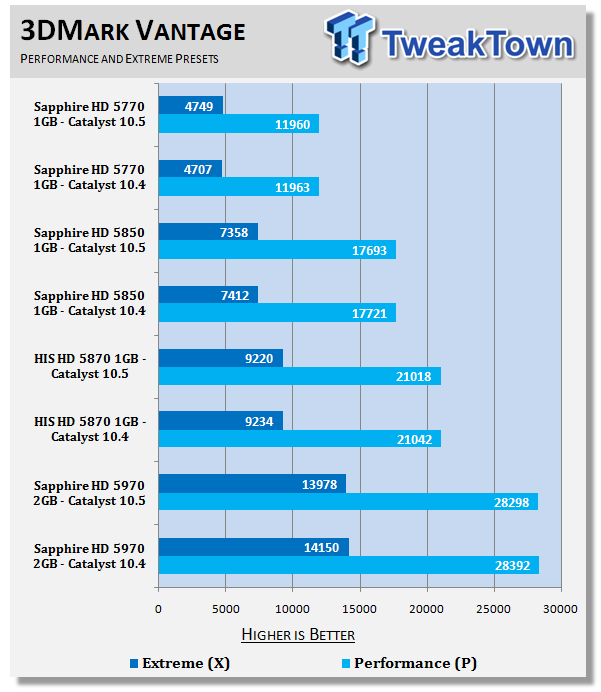 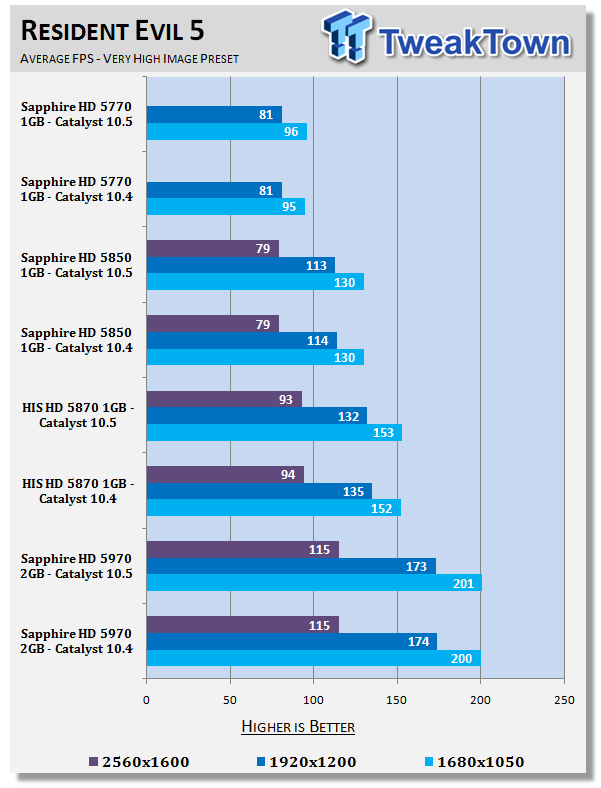 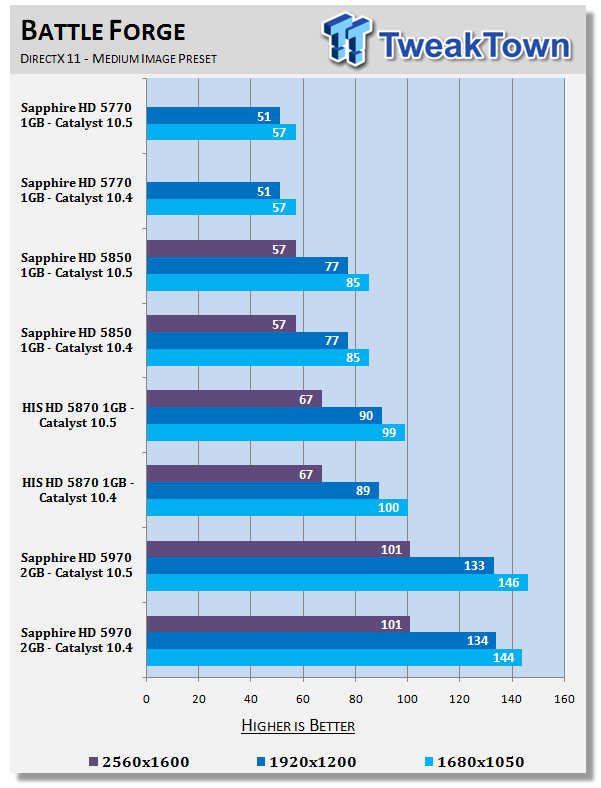 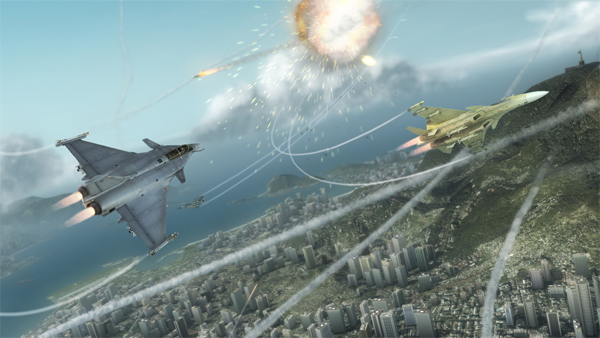 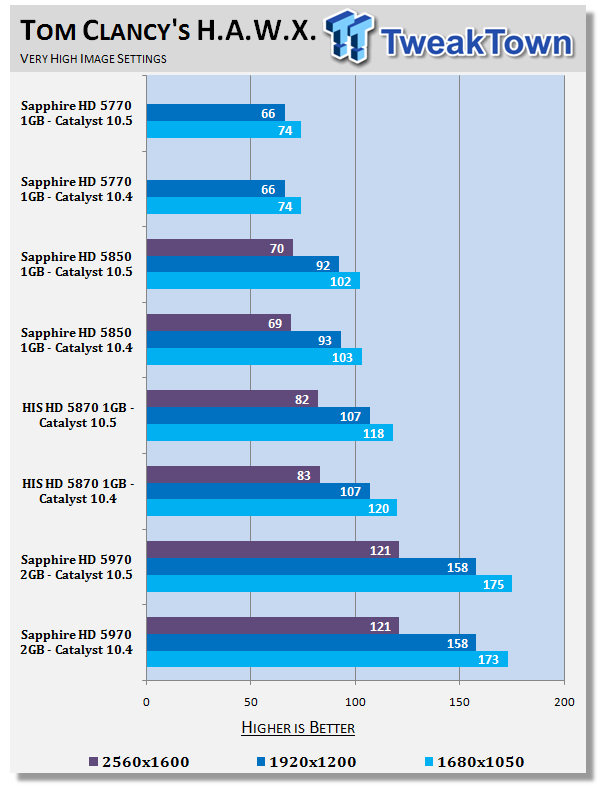 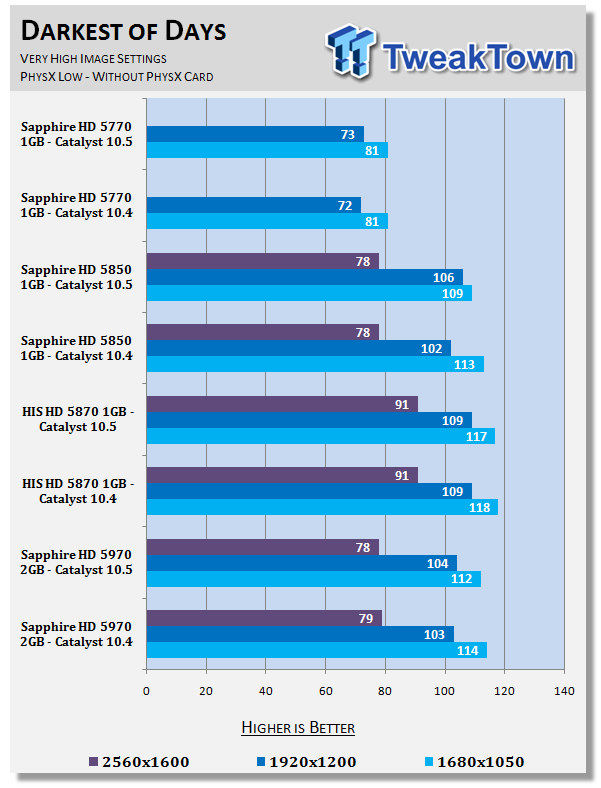 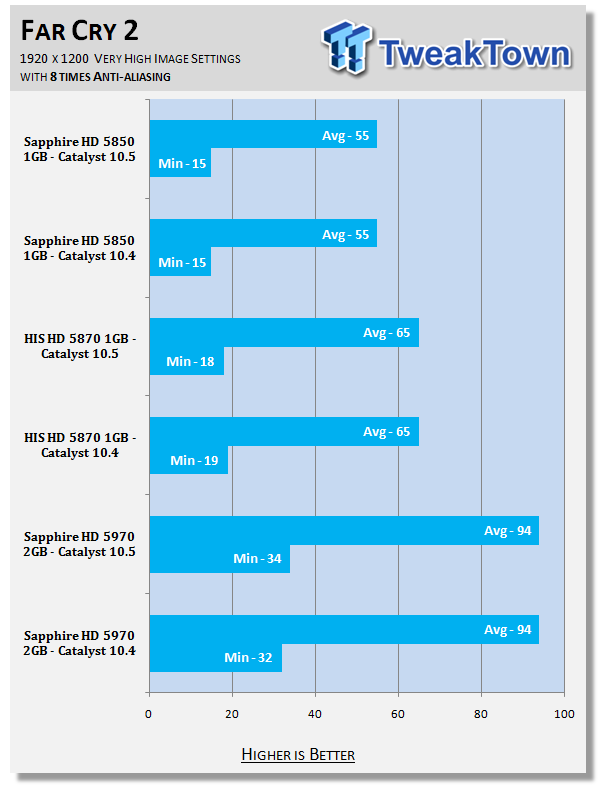 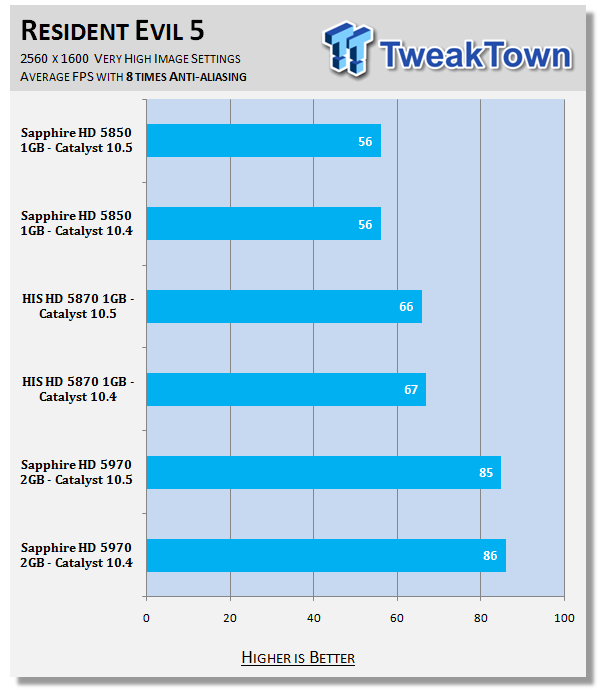 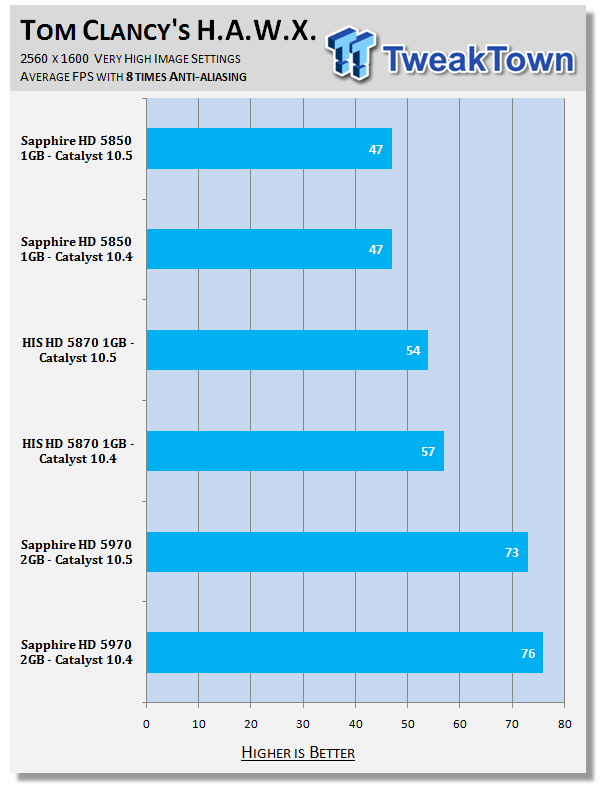 There's nothing all that exciting about this driver. To be honest, though, we've had a massive run of awesome driver releases from ATI and we know the run couldn't last forever. The driver isn't so much bad as it just a bit boring. Some are going to appreciate the fixes, while others are going to need it. Others won't appreciate the increase in 2D clocks, though, which in turn has increased idle temperatures.

The other big thing worth noting is the latest driver also messes with our much beloved Bad Company 2 load times. The driver team is on it, though, and a hot fix is coming; so in the event that you're into Bad Company 2 big time, avoid this driver and wait for the hot fix.

As always, though, we've got the big list of bug fixes in a number of games which is always appreciated. Too be honest, though, if you're not going to benefit from anything on the bug list and the monitor flicker isn't an issue, you could just about give this release a bit of a miss.

It'll be interesting to see what happens next month. Of course, we've got Computex next week which should hopefully bring with it some exciting new developments. ATI at the moment are staying very tight lipped; we just wonder if it's because there's nothing to talk about or if they're just behaving themselves.

Stop the Press, though, because there seems to be something about this driver that ATI hasn't told us. People are reporting that CrossFireX performance when running Eyefinity has sky rocketed. Some people have reported Metro 2033 going from a slide show to now giving an average of over 100 FPS.

Make sure you drop us a line in our comments section below if you're an Eyefinity CrossFireX user. For some users this could be a very good reason to update to the latest driver. The bottom line is Surround Gaming / EyeFinity is going to be heating up in the coming months.