It's really nice to see, because for someone like me who upgrades their computer so often with just minor upgrades such as a new CPU, more RAM, faster graphics card etc. your system never feels like new again. With a new operating system, though, it's like starting fresh.

Today we'll be having a look at how the new Windows 7 operating system goes against Windows Vista which has really got a love / hate relationship going for so many people. The uptake on the OS was never great, which is the main reason why today we're still including XP in our graphics card benchmarks. The main focus today will be VGA performance; we'll have a look at one card in a number of our benchmarks and see how performance differs in the two operating systems.

There isn't a whole lot that has to be said today, so we'll quickly have a look at our testbed and give a quick blurb on what we're doing before getting stuck into the benchmarks and see how the two operating systems perform.


With our GIGABYTE GTX 285 2GB card in hand, it's time to see what kind of performance we've got going on in both operating systems. With the ForceWare 190.38 installed we'll see if Windows 7 is going to be ready come October 22 to be you're new operating system.

Under our first test we can see there is nothing between the two operating systems. The move to Windows 7 is not going to yield a decrease or increase under Vantage from what we can see here. 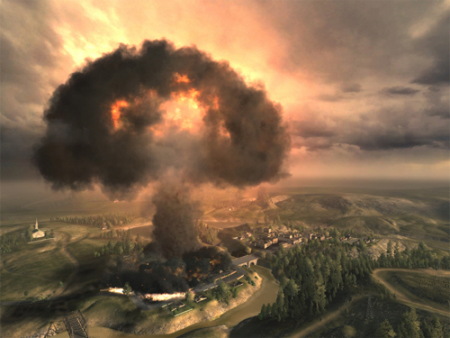 In the minimum segment we can see that performance is slightly up on the GTX 285 under Windows 7.

Across the board we can see that performance is almost identical, with a frame up in one spot and a frame down in another.

We again see that between the two operating systems there is very little difference with the GIGABYTE GTX 285 2GB installed.

Less than an FPS separate the two operating systems in the minimum department, while in the averages Windows 7 is down just over 3 FPS.

Only in the average department do we see we've dropped an FPS.

If you're happy with the overall graphics card performance you receive from Windows Vista, but think it's time to jump on the new Windows 7 bandwagon, you can know that you're not going to be disappointed with low frame rates in the newly released operating system.

When Vista launched it was nice to have all those new bells and whistles. The problem was that if you were a gamer you would quickly find yourself greeted with BSODs, random crashing and poor FPS. Out of the gate we don't have this issue with Windows 7; the only notable problem we did have was when we tried to run the FC2 Benchmark Tool from the desktop shortcut created, it would just crash instead of opening. If you went directly into the FC2 folder, however, and ran it there, the program would run without an issue.

The fact that our performance is very similar now hopefully means that as time goes on driver companies are going to be able to really harness the power of Windows 7 and offer us even more performance than we see here today.

If you do have a problem with a game in the final OEM build of Windows 7, make sure you drop us a line in the forums so other people know. Of course, we only test a few of the thousands of games that are out there.