The Lord of the Rings: The Two Towers 4K Blu-ray Review

After a nervous wait and with hundreds of millions of New Line Cinema's dollars in the balance, The Fellowship of the Ring proved without a doubt that Peter Jackson's New Zealand army did know what they were doing, delivering a smash hit that not only resonated with the general movie-going public but also with the legions of literary fans who were waiting with pitchforks in hand for any product that fell short of their lofty expectations. With a newly confirmed sense of confidence and additional post-production funds unleashed, Peter Jackson unveiled the second installment in the trilogy - The Two Towers one year later, making its theatrical premiere in December 2002.

Separated from the Fellowship entrusted with his safety and reeling from the apparent death of his friend and mentor Gandalf (Sir Ian McKellen) Frodo Baggins (Elijah Wood) continues his journey to Mount Doom alongside his trusted companion Samwise Gamgee (Sean Astin) and the treacherous Gollum (Andy Serkis); a previous owner of the Ring who became physically and mentally twisted by its power. Battling difficult terrain and the forces of Sauraman, who desperately desire the return of the One Ring, Frodo must also confront his own fragile mind, which is slowly being consumed by the Ring as he continues his quest to destroy it.

Making its 4K debut in celebration of its series 20th anniversary, Warner Bros and Weta Digital have re-released both the Lord of the Rings and The Hobbit trilogies as two separate Ultra HD Blu-ray packages, which mirror previous DVD and Blu-ray releases in offering both the original theatrical cuts (on one 4K disc), as well as the fan-favorite extended cuts (spread across two 4K discs). 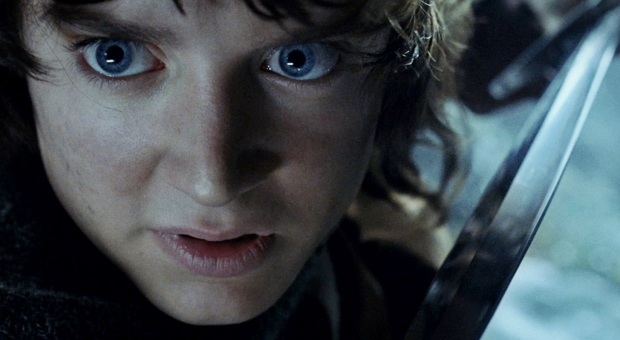 The Lord of the Rings: The Two Towers is presented in its original aspect ratio of 2.39:1, encoded with H.265 compression and finished with a Dolby Vision and HDR-10+ HDR pass, which also features a base HDR-10 layer.

The middle entry in the series replicates many of the same positives and negatives as its predecessor. However, the more refined visual effects help to paper over some of the more noticeable production issues evidenced in Fellowship of the Ring.

As with its predecessor, the presentation of The Two Towers offered here isn't a full 4K restoration. For that, the original negative would need to be re-scanned, but that's not occurred - instead, the pre-existing 2K digital intermediate has been upscaled to 4K. That is, of course, quite common, even with today's blockbusters. However, the age of the digital intermediate (now approaching 20 years old) means that the source material is somewhat vintage and full of shortcuts and cracks that would have been overlooked at the time but are now far more obvious. 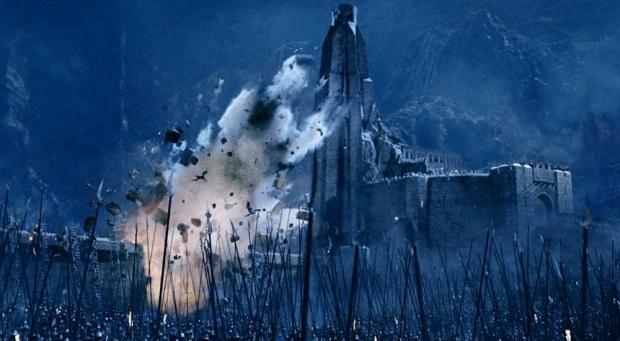 What we have here is more of a remaster and overall, a rather good one, and one that does offer several tangible upgrades for fans. Above the newly improved color timing takes full advantage of digital tools that didn't exist or weren't mature enough when the film was first released. This is particularly noticeable in some of the darker sequences, such as the Battle of Helms Deep, which previously sacrificed a lot of detail to black crush.

Overall, this is a reasonable but not great effort that provides just enough of an upgrade for fans and aficionados. Still, it's hard not to form the opinion that a film series of such stature deserves more than what's been offered here. Until Warner Bros undertakes a full restoration of the original negative, in effect rebuilding the digital intermediate and replacing non-visual effects shots with newly scanned footage and re-color timing, this is as good as it gets. And with as many visual effects shots and enhancements that The Two Towers features, I really don't think this is a realistic option. Cest la vie. 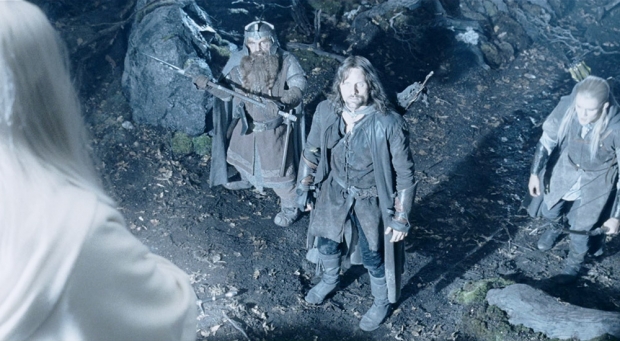 The Lord of the Rings: The Two Towers is presented with a newly remixed Dolby Atmos object-based audio track.

Faring better than the video transfer, the new Atmos track bests the still-impressive 6.1 mix from the previous Blu-ray release in many material ways, most notably in the addition of height surround channels that offer additional immersion and enhanced channel separation.

The Two Towers has always had a very aggressive and impressive audio track, and the new Atmos mix really takes that up a notch. From the show-stopping Battle of Helms Deep, or the March of the Ents sequences, to the more dialogue-heavy traversing of Middle Earth, the mix offers equal parts subtlety and bombast, with low-end in ample supply. Owners of Dolby Atmos systems will see the most improvement, with contemporary sound mixers taking several opportunities to provide some impressive height effects that don't draw too much attention to themselves but help draw the viewer into the Middle Earth universe. 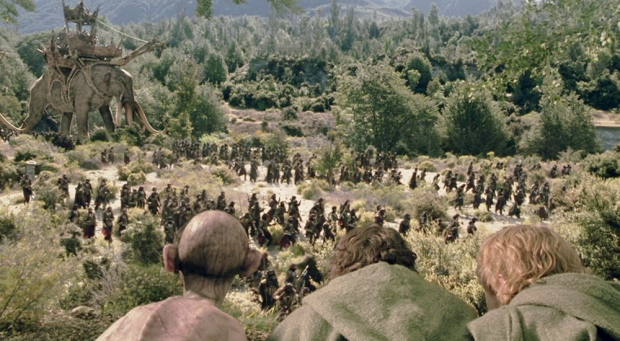 While the previous DVD and Blu-ray releases of the The Two Towers included hours upon hours of bonus features such as documentaries, four audio commentaries, and archives of marketing material, this 4K release features none of it. Even those excellent commentaries haven't been ported over. Diehard fans will want to hang onto those previous editions or wait for the rumored 20th-anniversary edition coming later in 2021.

The Two Towers 4K debut makes a good impression, but short of a major overhaul of the film elements, 'good' is as good as it gets.

Lord of the Rings: The Two Towers