It's now been over two decades since the original theatrical release of The Phantom Menace (or Episode I as the marketing commonly referred to it) and to date remains one of the most anticipated and hyped movie releases of all time. While it succeeded financially, the weight of expectation meant that nothing short of the second coming of Christ would have been a letdown. The backlash which coalesced around the CG Jar Jar Binks was intense and irretrievably damaged the prequel saga just as it was lifting off.

When Jedi Knights Qui-Gon Jinn (Liam Neeson) and Obi-Wan Kenobi (Ewan McGregor) are dispatched to negotiate a dispute between the powerful Trade Federation and the planet Naboo they're quickly drawn into a much deeper plot which will soon bring a sustained era of galactic peace to an end. Their mission to rescue Naboo's leader Queen Amidala (Natalie Portman) leads to a chance encounter with child prodigy Anakin Skywalker (Jake Lloyd), whose existence was seemingly willed by the Force and will set in motion a series of events that will forever change the galaxy.

Despite being smack bang in the target teen demographic upon its original release, I was acutely aware of its numerous flaws, compounded by the surprise success of the The Matrix just weeks prior and whose hyper-cool stylings seemed to age The Phantom Menace immediately. Unfortunately, the passage of time leaves an even more diminished experience and divorced from its hype. It's left to stand on its own two feet.

Despite a wealth of talent behind and in front of the camera, and the full force of Industrial Light and Magic can't make up for a lackluster script, mediocre direction and a disappointing narrative and the otherwise accomplished cast were left high and dry by the all-pervasive blue screen. The pivotal role of the young Anakin Skywalker was horribly miscast. And I won't spend any more time explaining the issues with Jar Jar Binks, because they're self-evident.

Still, there are some positives buried within The Phantom Menace; John Williams score is superb - the climactic Duel of the Fates serving as one of the best tracks to the entire series, the casting of Ewan McGregor's casting as a young Obi-Wan Kenobi was a stroke of genius and the lightsaber fight choreography by Nick Gillard has never been surpassed in any Star Wars film released since.

In an alternate universe we may have gotten a different, more competent Star Wars prequel trilogy, but Disney did no better with the sequel trilogy (it could be argued that there was even less vision to be found there) so perhaps we should just be grateful that the original, middle trilogy was so great. 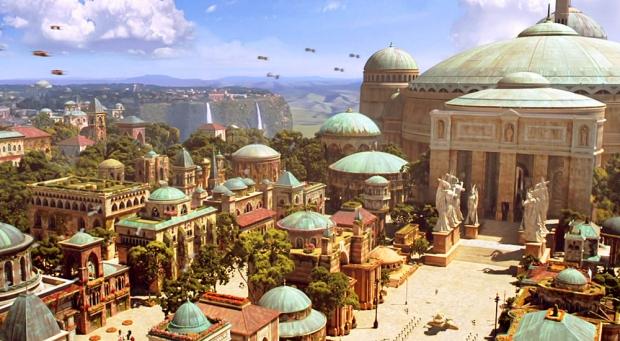 Star Wars Episode I: The Phantom Menace is presented in its original aspect ratio of 2.39:1, encoded with H.265 compression, and finished with a static HDR-10 pass.

Unlike A New Hope and its two middle trilogy sequels, The Phantom Menace doesn't appear to have received any significant new restoration work for its 4K debut, with Lucasfilm returning to the digital intermediate prepared in 2011 to support the theatrical 3D re-release and initial Blu-ray release. Criticized for its rampant employ of digital noise reduction, which scrubbed away both fine detail and any hint of film grain, the problems inherent in this 2K master have only become far more pronounced. Lucasfilm absolutely should have gone back to the source to fix them. They didn't, and the transfer is all the worse for it.

My main problem with the 4K transfer is its wild inconsistency - one shot can look great, and the next rather not so great. To a degree, this is also part of the nature of its creation, with heavy use of late 90's CG and the decision to include the extended version of the film that adds some decidedly standard definition shots which stand out like a sore thumb. Does the DNR serve to paper over some of the CG effects? Perhaps. But it equally affects other shots that are predominantly live-action and which exacerbates the frustration I have with this 4K presentation.

Sadly, The Phantom Menace has never been served particularly well on home video, with the initial DVD release riddled with noise and edge enhancement, and the aforementioned Blu-ray release suffering from overzealous scrubbing and questionable color timing. To extract some semblance of positivity with this release, at least the latter has been partially fixed, plus the inclusion of the HDR pass brings out some subtle color improvements. As it stands, this 4K release is the best the film has ever received, and I suspect this is as good as it's going to get for The Phantom Menace from here on out - and that's a shame because this could have, and should have looked much better. 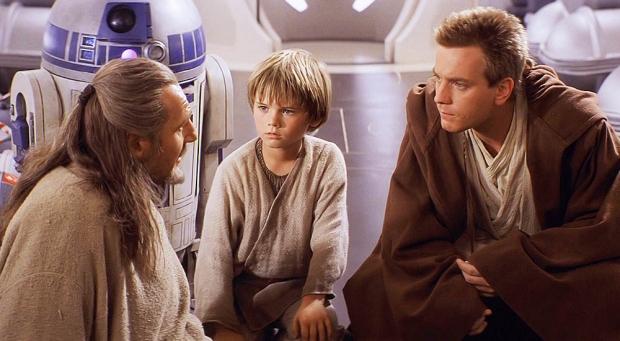 Building on the 6.1 remix prepared for the 2011 Blu-ray by LucasFilm sound mixer Matthew Wood, the new mix is an essentially flawless presentation of the film which wrings every bit of sonic detail from the original elements. The Phantom Menace has always been a sonic tour-de-force and this 4K Blu-ray re-confirms just how damn good the film sounds with the power to go toe to toe with many reference-quality mixes that have come down the line in the intervening 20 years.

Except for some questionable audio sync mishaps which date back to the original production (the animatronic heads for the Trade Federation villains appear to have been barely functional and I can't for the life of my work out why there were never fixed with CG), there's really not a whole lot to complain about. Turn it up and enjoy it. 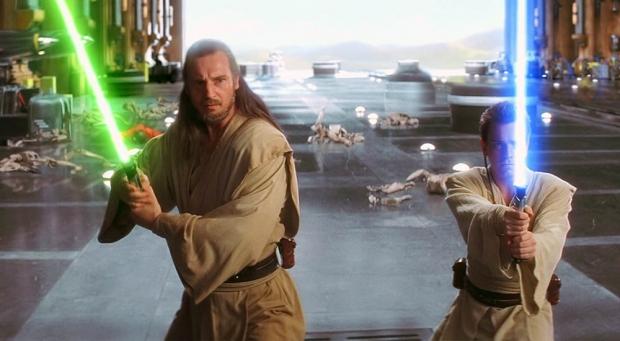 The collection of extras for Star Wars Episode I: The Phantom Menace are dispersed over the two included Blu-ray discs. With none to be found on the 4K disc, there's no option to watch the 4K disc while listening to the audio commentaries. Such is the prestige of Star Wars that Disney Australia has reversed their one-disc standard approach to 4K releases in this country, bundling each title with not one, but two Blu-ray discs. This is a welcome change, but I suspect one that will be short-lived.

The vast majority of features have been ported over from the previous Blu-ray release, except two brief featurettes, Conversations: Doug Chiang Looks Back and Discoveries from Inside: Models & Miniatures which amount to less than 10 minutes of footage. Produced by documentarian J.W. Rinzler, these pack a lot of information in their short run time, but are just far too condensed to get excited about. The latter feature may surprise many regarding the utilization of models and goes against the behind-the-scenes narrative built on its release.

Returning are two audio commentaries, the first featuring George Lucas, Rick McCallum, Ben Burtt, Rob Coleman, John Knoll, Dennis Muren, and Scott Squires recorded in 2001 for the DVD release, while the second is assembled from interview comments and edited together in a relatively relevant and cohesive manner. 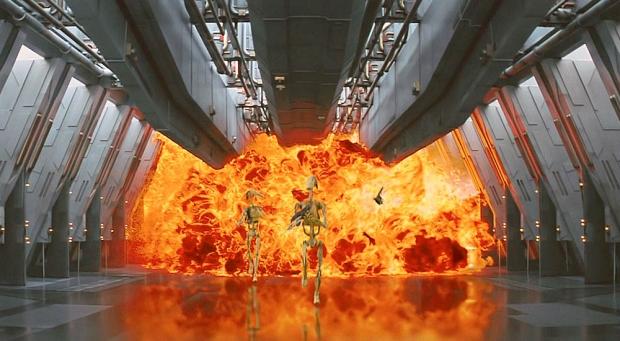 The feature-length documentary The Beginning: Making Episode I, which debuted on the first DVD release, makes a very welcome return, albeit locked to standard definition and appearing a little worse for wear. It is often cited as one of the best 'making of' documentaries ever assembled. It presents viewers with an astonishing fly-on-the-wall view that's a far cry from the overly sanitized, studio approved fluff pieces that have regrettably become the norm. Of particular note are the crew's silent reactions, which accompanied the first assembly cut screening, as well as Steven Spielberg's on-set visit that resulted in the accidental breakage of a prop Battle Droid.

The ten Deleted Scenes total around 15 minutes of footage and include several extensions to the Podrace, as well as a cameo from character Bail Organa before he was later re-cast with Jimmy Smits for Attack of the Clones. Finally, we have several brief Interviews and behind-the-scenes snippets, as well as 20 The Collection segments which show off some of the original character design maquettes, costumes, and models.

The flawed introduction to the Star Wars saga makes its debut on an equally flawed 4K disc, albeit with a solid collection of bonus features.