For those wanting high capacity flash based storage for their Xbox One, the Game Drive fits the bill with matching aesthetics but comes at a high price.

Seagate is far and away the leader in the storage market with a now two generation lead in capacity on the entire market. With each new leap in technology, it trickles down to the company's entire portfolio from desktop storage to small form factor portable devices and today's product, the Game Drive.

Two years ago, we had our first look at high-performance game drive storage with the first iteration of the Game Drive SSD from Seagate. This first iteration offered a 512GB capacity connecting over USB 3.0 using the Xbox green and black colorway, performance was stout at 469 MB/s read.

Moving on to the latest model, Seagate has opened up capacity to reach 1 and 2TB models along with a redesign of the enclosure to resemble the Fast SSD. Connectivity is now accomplished over USB-C with an adapter cable included for the Xbox One. With the 2TB capacity in-house, Seagate says we can keep 50+ titles on the device.

Compatibility includes Microsoft Xbox One S and X along with Windows 10 PCs. MSRP of the 2TB Game Drive for Xbox SSD comes in at $649.99 with a three-year warranty. 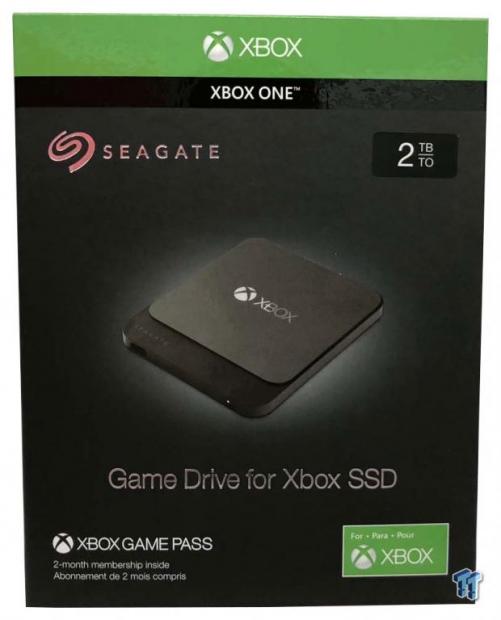 Packaging has changed slightly to take on the Xbox One X colors. Capacity is listed at the top right with an image of the drive centered. 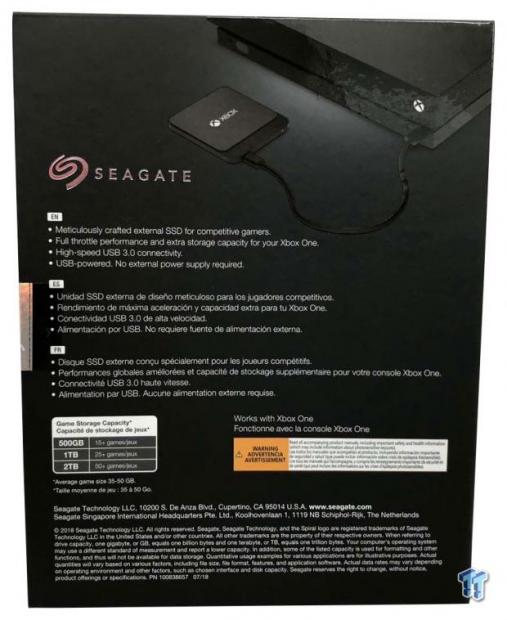 The back offers a game storage capacity chart at the bottom with use cases above. 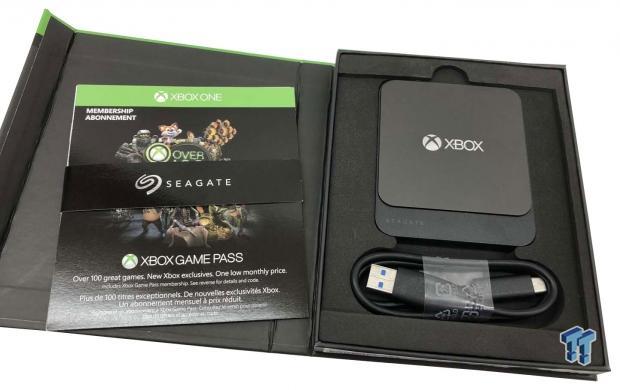 Internally, the packaging is quite nice. The drive is held tight in foam with the cables below while to the left we have the free 2-month membership for Xbox Game Pass included. 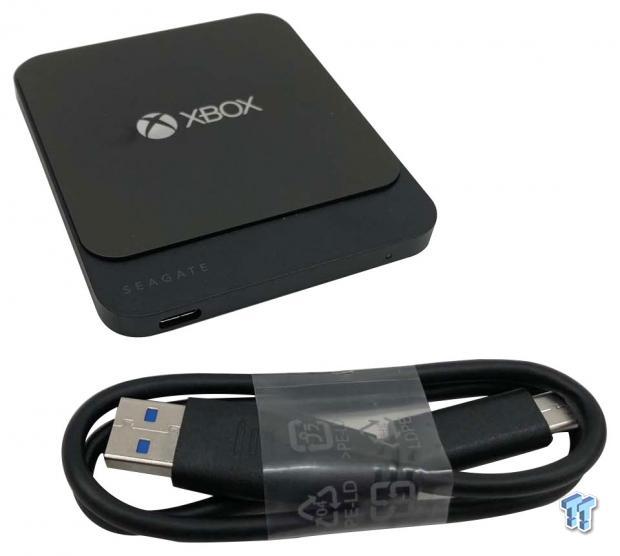 Scope of delivery included the drive and USB-C to A cable. 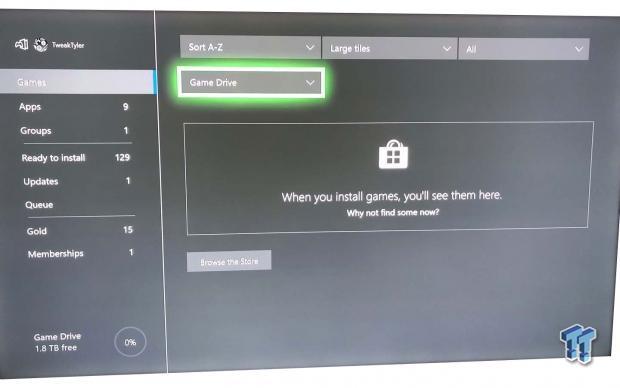 Plugging the drive into our Xbox One X, we get 1.8TB of usable space. 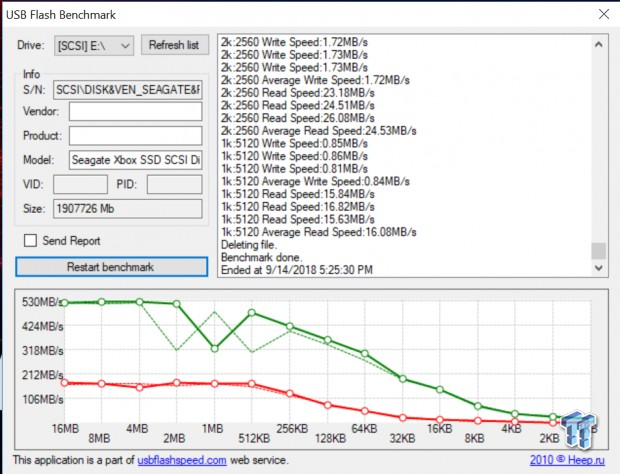 Running the Game Drive through Windows performance testing, we see read performance reach 530 Mb/s and hold it through 2M file size after which it starts to taper off. Write performance holds 200 MB/s through 512K.

Closing this review, I'm quite happy with the overall build quality of the new Game Drive product, the enclosure is robust, and the new design elements really let it blend with the One X whereas the last model was black and green and just stood out more next to the console.

Read performance, which is what you will use most often with the Game Drive reaches the limits of USB 3.0 at 530 MB/s while write performance is barely higher than a 7200 RPM hard drive. That said your internet speed will be more of a bottleneck when loading games to the Game Drive, so it isn't much of an issue.

Using the drive, I noticed a dramatic decrease in load times. Forza Horizon 4 loaded a full minute quicker when compared to the stock internal drive of the One X and games like Farming Simulator and Odyssey both had substantial decreases in loading times.

All of that said, the biggest issue with the Game Drive is the cost. Even with the price drop since launch the 2TB model still sells for $539.99 at most online retailers making it nearly $200 more than standard 2TB Portable SSDs, SSDs that likely have much better write performance.

The Bottom Line: For those wanting high capacity flash based storage for their Xbox One, the Game Drive fits the bill with matching aesthetics but comes at a high price.