A sci-fi classic who's standing only grows with age, Predator showcases the film to it's best capacity. The absence of bonus features is a shame.

Back in 2008, my very first contribution for TweakTown was a review of the Arnold Schwarzenegger sci-fi classic Predator on Blu-ray, released barely a year after the PlayStation 3 which helped usher in the format to households across the world. Since that time, the franchise has seen a soft reboot (with another on the way), a feature-packed special edition Blu-ray release and even a somewhat experimental 3D Blu-ray release. Now, the film has been dusted off again for an Ultra HD Blu-ray release and pleasingly it may very well serve as the ultimate release of the film on physical media. 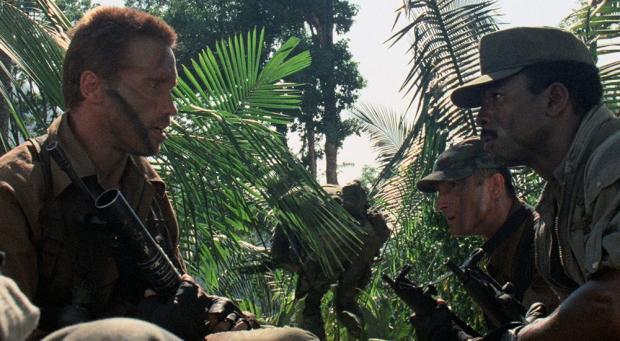 When a team of U.S.commandos led by Dutch (Arnold Schwarzenegger) are sent to the Central American jungle to rescue airmen from the hold of Guerilla hostages, a new, technically superior rival emerges. It has the intent on picking them off one by one and might not be of this world.

Despite its age, Predator not only holds up today, but grows in stature with the passing of time. With an exciting premise, a career-making role for Arnold Schwarzenegger and a classic monster design from Stan Winston, its continuing impact on sci-fi and pop culture Predator cannot be disputed and courtesy of the new film looks set to continue in the coming years. 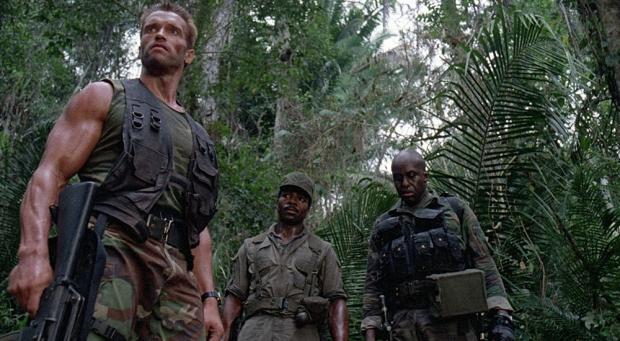 Echoing my comments from 2008, I need to stress that Predator has always been an incredibly grainy film due to nature of the film stock used, filming conditions, optical effects and even fake zoom effects. While an attempt to tame this grain with Digital Noise Reduction was controversially employed for the last Blu-ray release, Fox have thankfully changed tack for the Ultra HD release, proudly preserving all that beautiful grain to present a suitably theatrical look.

From the outset, it's clear that Predator has received a contemporary scan from high-quality elements before being carefully restored in the digital domain. The image is stable and clean, with a complete absence of film artifacts or any encoding glitches - even with all that grain to contend with. In part due to the presence of such a high level of grain, the picture doesn't appear as pin sharp as modern productions, but instead stands as what it is. Colors are beautifully saturated, with jungle foliage popping with newfound brilliance. The HDR pass is very thoughtfully used, not to artificially boost highlights or change the pallet, but to carefully reveal new details for the first time.

Predator's 4K presentation is a clear winner, making amends for the film's previous treatment during the last three High Definition releases and preserving what looks to be everything that could be wrung from the original elements. Highly recommended. 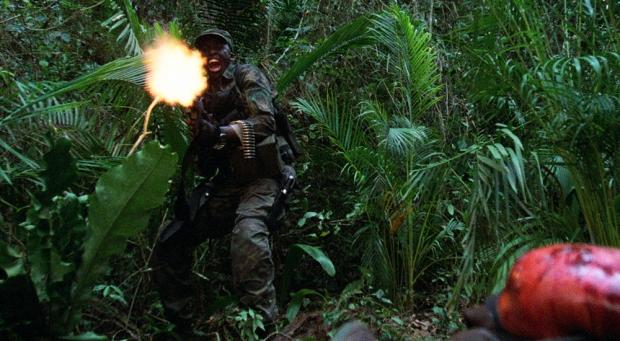 Unlike other studios such as Sony and Universal, Fox haven't made it a habit to remix their catalogue titles using new immersive audio formats such as Dolby Atmos or DTS:X, and Predator is no exception. As such, this Ultra HD repurposes the same 5.1 mix that premiered on the 2001 DVD, and every subsequent re-release, itself derived from original the 6-track 70mm Dolby mix.

Unlike the visibly refreshed video encode, Predator audio track is an acceptable, albeit dated audio which often belies its 31 years of age. To be fair, even with the best tools available, there's little than can be done improve the strangled frequency of vintage sound effects (short of re-recording them as other films have done) and the quality of some dialogue is an unavoidable by-product of filming in challenging locations (including the classic line "get to the choppa", which features an odd ringing).

While much of the mix is biased to the front, the surrounds do become more active during action sequences, as well as to support Alan Silvestri's classic score. Bass is frequent and deep, but not as finessed as more modern audio tracks with rather 'boomy' qualities.

In short, it's an adequate mix that preserves the original mixing sensibilities, without artificially contemporizing. 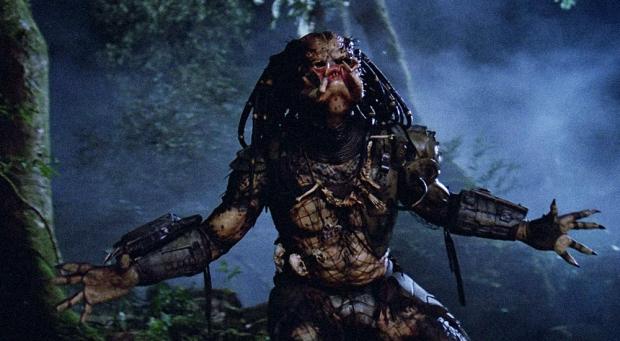 Bucking against what's become an industry trend, Predator's Australian Ultra HD Blu-ray release comes sans the standard Blu-ray disc which is included in the US and European releases. That means that if you're interested in seeing all the documentaries, featurettes, deleted scenes and trailers, or the 1080 downscale of the film for other Blu-ray players you might have around the house, you're gonna have to hold onto, or track down, the previous release.

However, Fox have thankfully ported over the Audio Commentary with Director John McTiernan, and Text Commentary written by Eric Lichtenfeld, both of which offer a wealth of interesting behind the scenes tidbits.

Suffice to say, this is a head-scratchingly disappointing collection of features, all to save a dollar or two on Fox's behalf.

The Bottom Line: A sci-fi classic who's standing only grows with age, Predator showcases the film to it's best capacity. The absence of bonus features is a shame.