Hot from the success of Mission Impossible: Ghost Protocol which successfully rejuvenated the franchise after five years of stagnation, Tom Cruise followed up with a not-too-dissimilar role in 2012's Jack Reacher, based on the bestselling book series by British author Lee Child.

Despite the lukewarm box office response, which grossed $218 million worldwide off a $60 million budget, (a far cry from the $700 million-dollar haul that Ghost Protocol collected a year earlier), Paramount ultimately decided to give the would-be franchise another chance with this year's curiously titled Never Go Back. Unfortunately, the studio should probably have taken their own advice and not gone back to one of the most forgettable features in the Cruise filmography. 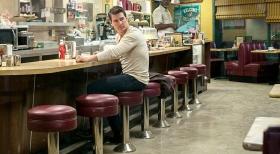 When a joint investigation between former U.S. Army Military Police Major Jack Reacher (Tom Cruise) and currently serving Major Susan Turner (Cobie Smulders) successfully breaks up a people smuggling ring, Turner becomes implicated in an espionage and murder plot. While attempting to prove her innocence, Reacher himself is blamed for the murder of a superior officer and goes on the run. While following a trail of conspiracy which goes to the very top of the Army, Reacher is also charged with the protection of a young girl who may or may not be his illegitimate daughter. 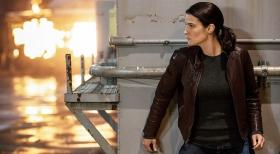 As you can imagine, I see a lot of movies and generally give them my full attention - even if I hate them. I'm not one to watch a film while Tweeting or Facetiming (or whatever it is that the cool kids do these days) and I have a reasonably good memory for everything I see. All that said, I cannot for the life of me remember anything about the first Jake Reacher, other than the boringly posed half-body shot that the marketing team used for the Blu-ray cover.

So for me, Never Go Back is like being introduced to the character all over again. Despite that, I've no overwhelming desire to re-acquaint myself and remind myself what happened. 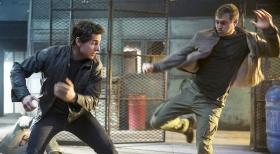 Despite his 56 years of age, Tom Cruise can still run and leap like a man half his age, proving that there just might be something to the extra-terrestrial Scientology magic after all. But just like Liam Neeson's recent smattering of action roles, it's a suitably dependable, if not terribly varied time in his career which he won't be able to keep up forever. Unlike the more fantastical Mission Impossible, Cruise imbues Reacher with more brutality and less humor, which I guess is more realistic, but makes for a far less entertaining character.

Cobie Smulders plays a likable and somewhat more relatable character who can kick ass just as hard as the boys, but I'm just not quite ready to shake her image from TV's How I Met Your Mother. As far as child actors go, Danika Yarosh is fine enough as Reacher's wayward and unlikeable maybe-daughter Samantha, but her pouting and smart-ass as she actively works against his best efforts to protect her from harm is perhaps just too realistic. Basically, she just needs indefinite detention to sort out her behavior. 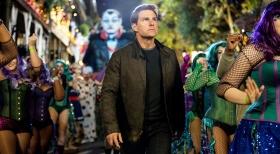 Director Edward Zwick, who reunites with Cruise for the first time since the 2003 hit The Last Samurai, certainly has a well-rounded catalogue of titles under his belt, from action hits Courage Under Fire and Glory to critically lauded ensemble pieces such as Legends of the Fall and Blood Diamond, so the fast-paced actioner probably shouldn't have taxed the director's skills too much, but somehow Never Go Back doesn't quite gel.

It's a perfectly serviceable film but saddled with a plot that's episodic TV-grade at best; it hits with the impact of a wet newspaper. From the critical and financial reaction thus far, I'm willing to bet that Jack Reacher will never come back. And that's fine by me. 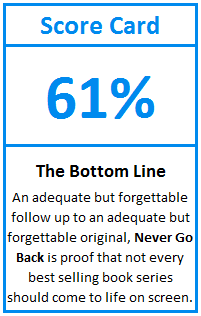