It's just as good as the T12, but for some slightly different reasons. It looks great, sounds great, and the price is amazing, but the charging connection method sucks.

As mentioned in the summary, the T16's big brother absolutely blew us away in testing. We rated the $25 speaker with a 95% score and plastered an Editors Choice award along with it. It provided to us punchy bass, loud sound and great projection alongside a great stylish exterior. 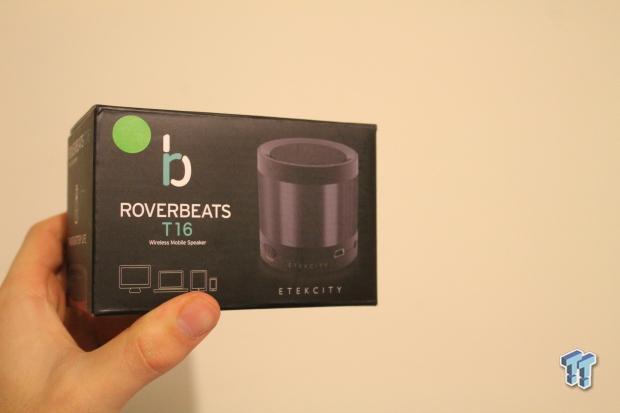 The T16 now has a lot to live up to, even though it's a singular speaker. The speaker inside is the same as one of the two incorporated into the T12, but the T16 comes with a handy carry case, different charging system, and a different design. Read on to find out our thoughts on this product.

The T16 contains a single 3W speaker in order to deliver you music or phone call audio. This drivers has a frequency response of 80Hz - 20KHz, which is a slightly larger range than offered with the previously, reviewed T12. 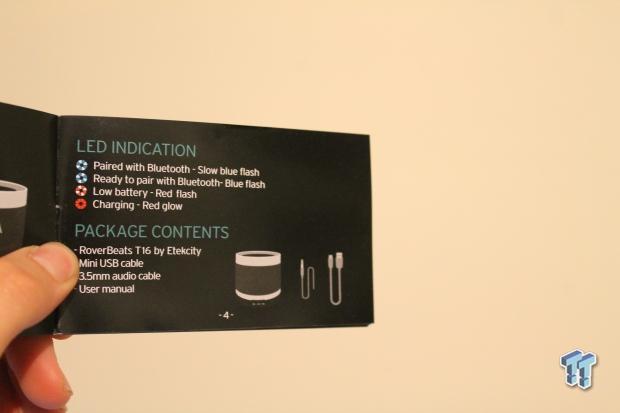 Connectible to your device of choice through Bluetooth 2.1 class 2 or 3.5mm AUX options, this product measures 2.52 x 2.52 x 2.64 (inch) and weighs in at 6.88 ounces. The 400mAH 3.7V internal battery will provide you with a claimed 7 hours of playback time, however, I would say that this is for AUX only and the Bluetooth playback to be closer to 4.5 hours in total.

Charged through mini-USB, this device comes with a supplied cable, which is an improvement on the T12 that came with an outdated wall charger (who does that anymore?). 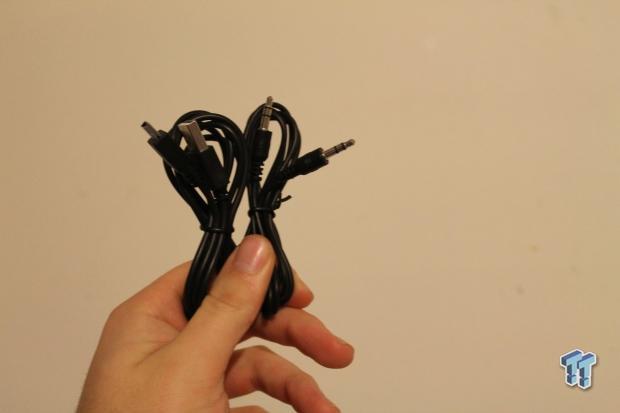 Yet again well priced, the Etekcity Roverbeats T16 will set you back a minuscule $16.99 plus shipping costs from Amazon. You really can't complain with that! The first step to making this speaker great in my eyes is this price point.

Complete with a cool little carry couch, carabiner clip, 3.5mm AUX cable and mini-USB charging cable, this speaker comes with a great package for the low $16.99 price point. It's a real shame that it comes with a mini-USB connection and not a micro-USB, this is quite annoying given you're likely to have a micro-USB laying around in order to charge many other products. 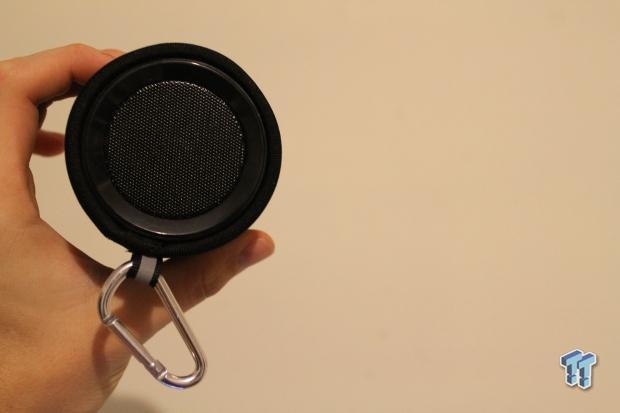 The AUX and charging cables are of adequate length and ensured I breathed a sigh of relief when untangled. Many companies are providing ridiculous 2-inch charging and AUX cables giving you no room to adapt or move and ensuring pain when trying to charge or play music through your newly purchased product.

There's an included anti-skid pad attached to the bottom of the frame and also a neoprene-style carry case included with a carabiner clip attached for use. This is always a great inclusion in my books as I feel all accessories that will be constantly on the move should feature a carry case - this one also allows you to play music while within the safety of its holder.

The aluminium exterior looks quite nice (almost like a car piston in my opinion) alongside the frame, speaker mesh, base and carry case all feeling extremely well constructed. As good as the T12 did look, the exterior felt a little cheap, however, this one is certainly better in the looks department. 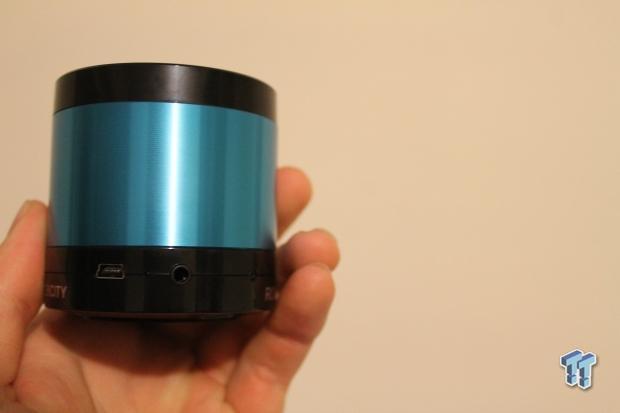 I thought the dual-speaker T12 was loud, but now I've been proven otherwise as this single speaker T16 seems to even topple that! As seen with other high-quality speakers when played at full volume, there is no distortion of the speakers, no bass rattling the products frame and the only thing moving being my desk vibrating as each punchy bass beat hit in Flume's remix of Disclosure and Eliza Doolittle's song You & Me.

Bass is something that generally lacks heavily in all similar audio options, leaving you hanging for more and mostly removing your need for them within a home environment (because why not just use PC speakers), however, the T16 also offers bass just as the T12. The T16 doesn't rattle your windows and doors, but it provides that punch that you're always longing for - whether it be heavy metal, techno or deep house.

The buttons feel great, although the volume up/next button works the opposite way of most other devices, which is very confusing at first - volume is turned up by holding the button and songs are changed by a single press. The on and off is also a switch which is great though and I much prefer this over a button style, but it is purely personal preference at this point.

The anti-slip bottom works as intended as the speaker won't vibrate across my desk even at 100% unlike many models I have tested previously. When within the case there is no dampening of noise nor movement either, but there is a limited amount of bass punch as the material soaks up some of the vibration through the desk or whatever surface you have it sitting on.

The speaker is loud and it actually provides bass! It's slightly less punchy than the T12, but you should expect this in a smaller frame with only one driver. 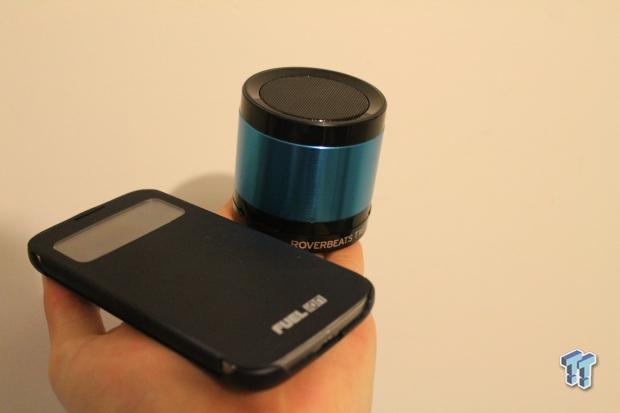 Once again, playing 'Don't Wanna Fight' by Alabama Shakes, I was completely blown away. This speaker performs probably 5% less than the T12. Why is this so amazing? Not only is it one single 3W speaker, it's going to cost you less than $25 posted depending on where you live.

There's a little background hiss when the intro or outro is going slow and quiet thanks to the Bluetooth connection, but besides this, the clarity is top notch.

When listening to songs with maximum clarity is when most Bluetooth options start to suffer. Listening in to Duke Dumont's 'Won't Look Back' introduction reports fairly good clarity and mid section sounds. What's unusual is the background hiss is gone when listening to this song, but it was present in the T12. This is certainly a positive and just a passing comment.

If you're looking for more of a heavy metal experience like 'The End of Heartache' by Killswitch Engage performs just as you would expect as seen with other speakers like the Braven Mira - it sounds good especially with the added bass inclusion.

The product looks great, it's loud, has punch and is ridiculously cheap. The buttons feel good and the small background hiss is only present on small occasions. 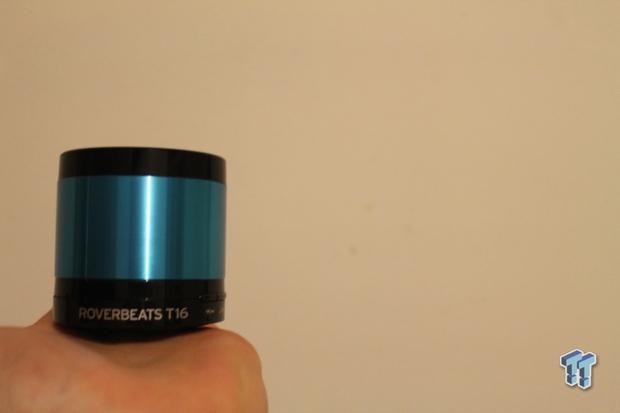 There has been a few times where the speaker has paused for quarter of a second when playing music, however, I would suggest sending the product in for warranty if this issue happens to you. It could just be my Galaxy S4 playing up, but it's something to keep in mind as a possibility. It's quite easy to connect to your phone as there are voice commands which tell you exactly what's happening with the process, alongside a handy LED coupled with a description as to exactly what each color means.

Sturdy and sleek: It's well built, the aluminium structure helps performance, and it looks great. 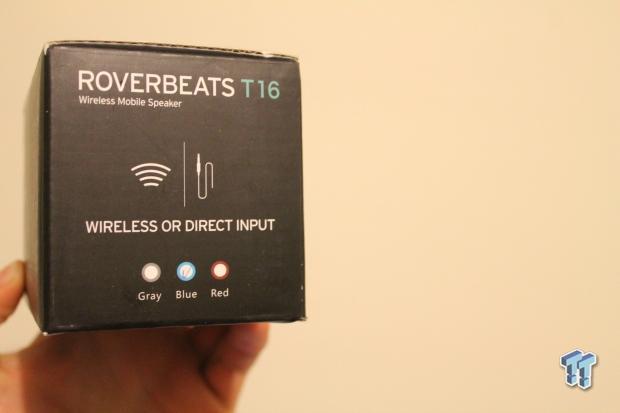 Sound projection: It's extremely loud and will have no issue filling the ears of all those at an outside BBQ.

Sound quality even when at full speed ahead: Even when jacked up to 100%, this speaker will provide you with clarity in its sound as seen at 20%. The speakers won't distort and the product won't jump all over the table.

Bass, finally!: Finally a product with a hint of bass. I didn't think it was possible, but it's finally here. If you're looking for a speaker that packs a punch, then this one is for you.

Buttons confusing: The next song/volume up buttons work the opposite way to most other products, which is confusing at first.

Charging cable: Why use mini-USB when micro-USB is far more widely used? 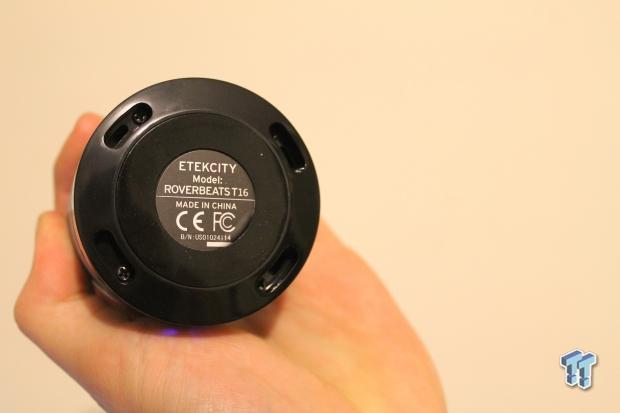 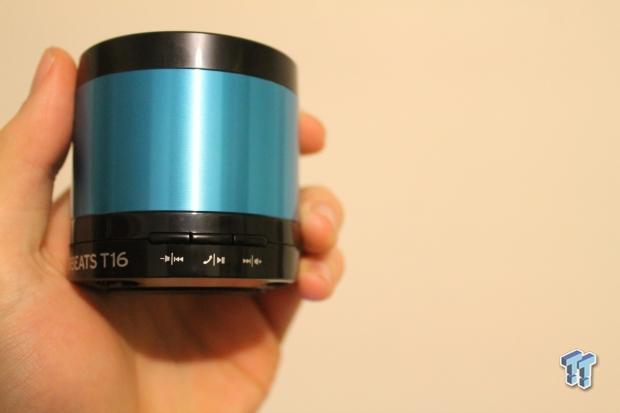 The T16 provides basically anything you would want in a Bluetooth accessory. It doesn't come with waterproofing and it's certainly not going to replace your home speakers, but after 30 minutes of listening at 100% volume, my ears are ringing and I'm not too worried about it at all.

The aluminium exterior also means you can easily clean the product with a damp cloth should anything happen whilst travelling. It's a real shame that it comes with a mini-USB connection and not a micro-USB, this is quite annoying given you're likely to have a micro-USB laying around in order to charge many other products.

The Bottom Line: It's just as good as the T12, but for some slightly different reasons. It looks great, sounds great, and the price is amazing, but the charging connection method sucks.