Sure. You can laugh at Scientology. You could even call it a cult (lawsuit in 3... 2... 1), but with Tom Cruise looking as great as he does at age 51, maybe, just maybe, there's something to it. At this point in his career, Cruise has certainly extrapolated his filmography with some interesting projects of late, including the flawed sci-fi actioner Oblivion, returning in a similarly experimental, post-apocalyptic sci-fi feature. Dubbed Groundhog Day meets Starship Troopers, Edge of Tomorrow exceeds expectations with heavy lashings of action, humor, brains and brawn. 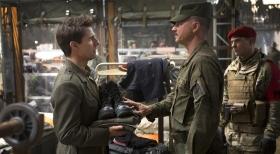 Sometime in the near future, Earth is attacked by an alien force known as 'Mimics', a race of fast moving, multi-tentacled creatures who barrel forward, destroying everything in their path. When United Defense Forces spokesman and officer in the United States military Major William Cage (Tom Cruise), is summoned by General Brigham (Brendan Gleeson) to document the frontline pre-emptive strike of the Mimics on a French beach and promptly refuses the request, he's stripped of his rank and sent without consent to Heathrow airport to join the grunts.

The non-surprise attack is a bloodbath, but after destroying a Mimic and himself in the process, Cage soon finds himself reliving the same day again and again, re-setting following his repeated death. His attempts to work out what has happened puts him in contact with super soldier Rita Vrataski (Emily Blunt) who once enjoyed the same ability, leading to the only win by mankind thus far. Together, they attempt to create a perfect day, which has humanity not only win the day, but also win the war. 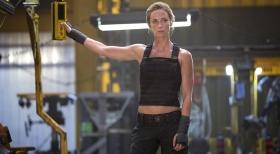 Based on the Japanese manga All You Need is Kill (suitably Hollywood-ised, naturally), Edge of Tomorrow is not only a solid return to form for Director Doug Liman after the 2008 stinker Jumper, but it's also another notch on Cruise's belt, if he ever needed it. Whilst he may be a polarizing figure for some, his acting prowess can rarely be brought into question, immersing himself in a role so convincingly that the viewer just goes along with it. Whilst it's true that probably any of today's leading men, such as Bradley Cooper, Brad Pitt or Bruce Willis could have easily slipped into the role, Cruise makes it his own and gives it his all.

Suitably impressive too is Emily Blunt in the role of a hard ass Special Forces warrior dubbed "Full Metal Bitch". Far from a shrinking violet, she imbues her Vitraski with equal doses of violence, humor and focus. 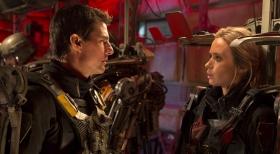 When Groundhog Day was first released in 1993, critics were taken by surprise, lamenting that there had never been a film quite like it. Well, it's equally a surprise that it's taken this long to transpose the original concept to another genre. With a cracker script and an interesting premise, Edge of Tomorrow is a film that truly only comes around once in a generation.

It's perhaps not a surprise that Edge of Tomorrow is tracking poorly, with international grosses thus far below expectations. I'm almost concerned that by the time my review is published, it would have slipped quietly from cinema screens. But for all the lament about the dearth of Hollywood sequels, it's become increasingly hard for new ideas to break through and become financial successful (see also this summer's Transcendence. We all know that Transformers 4 will gross over a billion dollars without breaking a sweat. With all due respect to the robot franchise, it's a situation that seems rather unfair. But then again, Hollywood is a full metal bitch too. 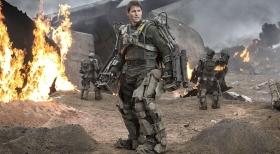 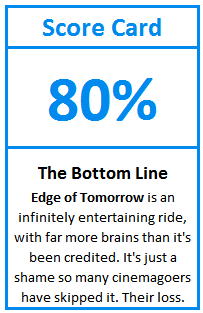