That's not some kind of pun based on the conjuring antics contained within the film. No, I'm referring to that special moment in cinema where the confluence of script, acting, visual effects and sound come together in one fell swoop and brings the viewer along for the ride. To its credit, Now You See Me has done this, more successfully than most films I've seen this year. Unfortunately, the film is crippled by a terminal fourth quarter mea culpa that is guilty of the mortal sin of revealing a magicians tricks. But more on that later. 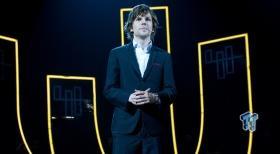 An eclectic troupe of magicians going by the stage name of 'The Four Horsemen' have undertaken their most convincing act yet; robbing a bank mid-show and raining the millions of dollars of takings over the heads of their eager (and impressed) audience. The FBI, led by Dylan Rhodes (Mark Ruffalo) and Interpol agent Alma Dray (Melanie Laurent) are hot on their trail, but quickly fall short of answers. Conscious of finding a logical explanation for their crimes, the duo will need to tap every lead in order to nab the group before their penultimate performance. 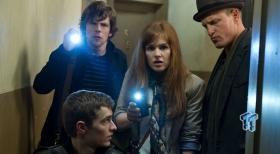 I'm normally not much of a fan of the fast talking Eisenberg, but found him strangely compelling in the role of defacto lead of the Four Horsemen. Isla Fisher is perhaps the weakest link in the cast, struggling to convince in her grasp of tricky situations.

It's good to see the standout of Quentin Tarantino's Inglourious Basterds; French actress Melanie Laurent in receipt of further Hollywood roles, and she knocks the role of the smart and sexy Interpol agent out of the park. Mark Ruffalo continues to show why he's one of the most natural, yet self-assured actors around today, with a no-fuss portrayal of an FBI agent with a secret past. 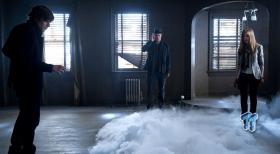 Louise Letterier, director of one of the most audacious bombs in recent history, at least to my mind, with the unintentionally hilarious Clash of the Titans has begun to make amends with Now You See Me, an infinitely interesting, yet breezing film which was a joy to experience... right up until the end. 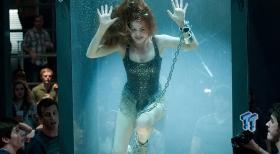 Obviously, there is a certain amount of story that must be conveyed in order to make viewers understand what they just saw, but the very best pictures allow for a slight loophole in the process, one which allows the viewer to inject their own thoughts and world view and then discuss and compare within their own community. I'm talking about films like 2001: A Space Odyssey, Matrix Revolutions, Blade Runner and A Clockwork Orange.

Don't get me wrong - to be sure the film itself doesn't quite live up to the standard of any of those, but if the filmmakers had declined to shoe horn a completely unnecessary coda explanation for everything that had transpired in the film, even the absolute smallest of details, the film could have lived on and become the domain of film buffs for years to come. That it didn't is regretful, but at least the first three quarters of the film is a highly entertaining romp. 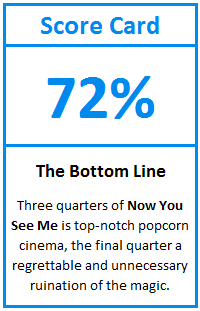