The apocalypse comedy is reasonably rare, but not necessarily a totally new genre, but I think Hollywood has broken new ground with This Is the End; an apocalypse comedy that has the film's stars essentially playing exaggerated versions of themselves. 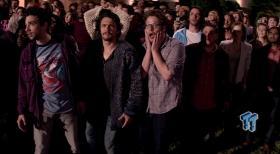 When a sinkhole opens up in Los Angeles, right outside the newly finished home of James Franco, which engulfs guests such as Rihanna and Michael Cera, others including Seth Rogen, Jay Baruchel, Jonah Hill and Craig Robinson must reign in their egos and band together for mutual benefit, in order to survive from the environmental threats and monsters that are amassing outside the diminishing security of their fortress.

Their plan to pool their resources is foiled by the arrival of the unpredictable Danny McBride, who cooks himself a large feast with their remaining food and wastes their hard fought for water by pouring it judiciously over his head. With their resources dwindling, attempts to leave their fortress are complicated when Jonah Hill is raped by a massively endowed demon and turned into a demon himself, whilst others curiously descend to heaven. 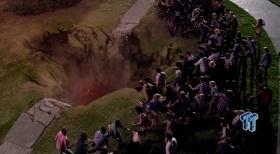 Full of dick jokes, drug references, nods and winks to career mistakes and riffs on other, better movies, such as The Exorcist, Rosemary's Baby and Terminator 2: Judgment Day to name but a few, This Is the End becomes an enormous and self-indulgent in-joke, which serves as an inflated Saturday Night Live skit that probably would have worked better kept as such. Frequent celebrity cameos from the likes of Michael Cera, Channing Tatum, the Backstreet Boys and even Emma Watson provide much needed diversions and opportunity for mirth, the latter of which delivers one of the biggest and genuinely hilarious set-ups of the entire film. 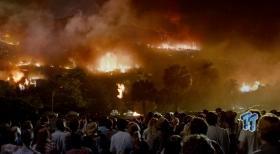 While This Is the End will likely do little to widen the gang's appeal from the already initiated, it would seem that the film's scant budget of around $30 million was a good investment for Sony Pictures, having well and truly returned that from domestic U.S. sales alone.

To be sure, This Is the End is no instant comedy classic, nor is it bound for cult success. It's vulgar, obnoxious and jokes land with hits and thuds alike, but overall I found This Is the End to be a reasonable Friday night funny, although I dare say it will work infinitely better at home surrounded by friends, a few pizzas and a metric ton of alcohol, than it does at the cinema. 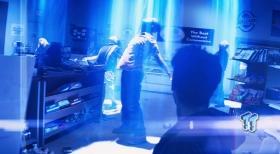 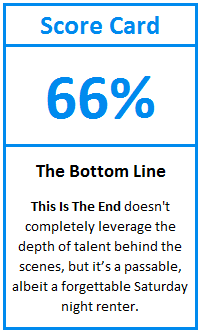