Nothing polarizes the worlds critics more than the release of a Baz Luhrman film, and despite the consensus of his last film, the well intentioned, but nonetheless disappointing Australia, it seems that you either get them or you don't. With The Great Gatsby, Luhrman finally has a project that plays to the best of his strengths and signature touches; a perfect confluence of music, spectacular production design and for the first time, 3D technology. 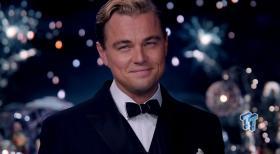 Through his doctor, as a form of treatment for his malaise and depression, Nick Carraway (Tobey Maguire) recounts the story of his introduction and time spent with Gatsby (Leonardo DiCaprio), describing him as "the most hopeful man I had ever met". Carraway lives next door to the imposing Gatsby mansion, the epicenter of New York's social life with the hundreds that flock to his home, oblivious to who he really is, or what he does to fund it. When Gatsby calls on Nick for a favor of extending the invitation to his cousin Daisy (Carey Mulligan) to one of the shindigs, an unstoppable chain of events is set in motion that juxtaposes Gatsby's unrelenting desires, with events that are entirely out of his control. 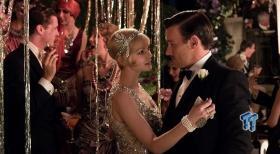 Director Baz Luhrman first cast a young, pre superstardom DiCaprio in 1996's Romeo + Juliet, and the intervening years have made him a markedly more accomplished performer, imbuing Gatsby with the qualities of naked ambition, fractured emotion and the necessary air of mystery. Matched by his performance is Carey Mulligan as Daisy, a carefully measured role which portrays fragility and ambition in equal measure. All in all, the entire cast is very, very good, including Joel Edgerton as Tom Buchanan, Daisy's partner and Jason Clarke as the jilted husband of Tom's lover. 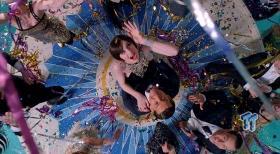 While many critics have expressed their disdain at the film, I've no doubt that it's Luhrman's strongest picture to date. Whatever criticisms leveled at his previous projects, most notably glitzy extravagance and technical brilliance at the cost of coherence, don't necessarily apply here - the excesses belong to the larger than life Gatsby's, not to the Director. Whilst Luhrman normally has a penchant for slightly over-long cuts, in this respect Gatsby is nearly perfectly balanced. 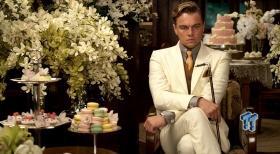 It wouldn't be a Luhrman film without great music and in this regard the film doesn't disappoint. It may be entirely anachronistic, but the merging of 1920's jazz with bass infused modern beats is strangely appealing, but I would have to single out Lana Del Rey's hauntingly touching track "Young and Beautiful" for particular mention, which acts as a quasi-theme to be echoed throughout.

With expectations in check, I thoroughly enjoyed The Great Gatsby, a visually stunning tour de force with solid performances from a well developed adaptation of an American classic. 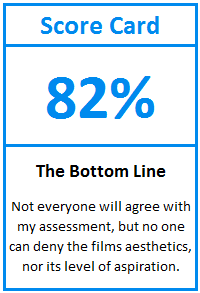