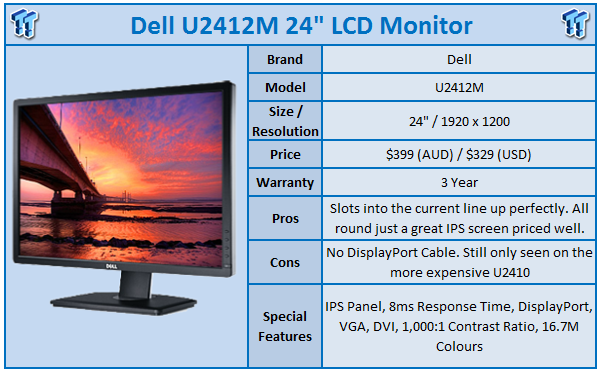 It's been a while since we've looked at a monitor, but we're beginning to see some new models show up on the market. While a lot of companies are making the push for new 120Hz TN panels, Dell are expanding the U series line with yet another monitor sporting the sexiness that is the IPS panel.

The first thing I thought when I got word of the U2412M was that it was probably going to be the replacement for the popular U2410, a monitor I own three off and my first Eyefinity setup. It's not, though. Instead, it seems to broaden the popular U series line with another monitor at another price point.

Before we cover the main specification differences between the U2410 and the new U2412M, let's take a closer look at the monitor itself and see what's going on and how it does differ a bit in physical form. 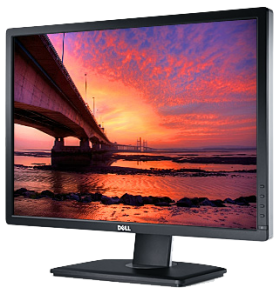 Front on, the new U2412M shares a similar layout to the other U series monitors we've seen over the last 12 months in the sense that it's quite a square design for the most part. What differs, though, is the corners are all rounded and the overall bezel seems just a few mm thinner. Like most Dell monitors, some would argue it's boring, while others will say it's simplistic which is pleasant. 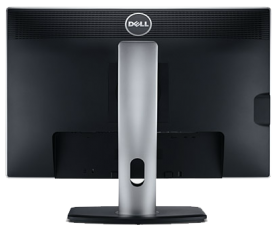 The back is where we see most the changes with the screen itself being a bit slimmer now and the overall design of the stand being a bit different. The overall color scheme is similar with the Black / Silver setup, but everything is just a bit more curved with the latest version instead of just the pure box like shape seen in the other models. 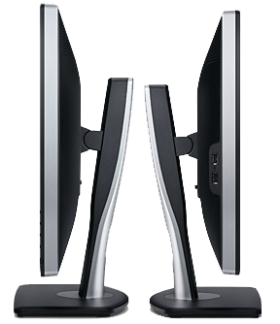 Overall, I'm personally quite a fan of the look as I like the simplistic design that's present and I've been using that plain look Dell since the release of the Dell 3007 many years ago.

One of the major changes, though, when it comes to the monitor itself is in the form of the buttons. For a while we've seen Dell implement touch sensitive like buttons. They look awesome and they make for an extremely clean looking front. The problem is they can be really quite finicky. 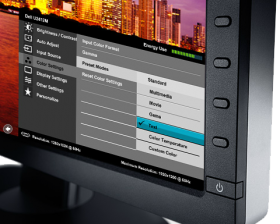 Instead, this time around we've got a more traditional button set and while it's not as pretty as the last few Dell U series monitors we've used, it's just so much easier to use and to be honest, that is the most important thing when it comes to buttons. 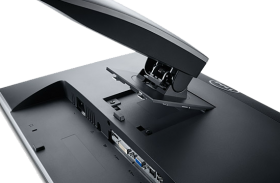 Moving under the monitor, you can see as always we've got VESA support in the form of a 100mm x 100mm mount and below that you can see how we're looking in terms of monitor connectivity.

It lacks a couple of connections when compared to the U2410 as Component and Composite aren't present, but to be honest, it's more than likely two connections you won't miss. The other connector not present is a second DVI port, handy for someone who wanted to run multiple PCs into the monitor, but probably not something that a lot of people used.

The big difference between the two monitors is the panel it uses and while both are an IPS panel, the new U2412M opts for an E-IPS screen instead of the S-IPS used in the U2140. The E stands for economy and while specification wise it sits closer to a TN panel, real color is more realistic and a good option for people who want to use a better quality screen than the typical TN, without breaking the bank which is associated with the S-IPS screens.

You can see above exactly what the main difference between the screens are, but they mainly revolve around the Color gamut, Contrast Ratio and Response Time. While all still very good, they're not quite as high as the more expensive U2410.

It's really this that sums up the screen so well, though. In the U series line up we had the U2211 and U2311 monitors. Both were 1920 x 1080 and offered the E-IPS panel, came with DisplayPort and offered an aggressive price. The problem is, if you found the dot pitch on the 22" / 23" too tight, yet still wanted IPS, the 24" was a big jump in price due to the fact it used the higher quality S-IPS panel.

In steps a new 24" version using the E-IPS panel and you get that comfortable dot pitch that most people like, you get that better quality panel when compared to your typical TN one and you get it at a really good price when compared to the higher end S-IPS wielding U2410. This monitor isn't designed to replace the U2410, but instead designed to complement the U series line up of monitors.

It is, in general, a really nice monitor to use. The screen looks great and it does a good job under games and movie playback. Compared to TN panels, especially 120Hz ones, the fluidity in games suffers slightly, but it's just as you'd expect from a 60Hz IPS panel, so it's no surprise. Colors just pop, though, and that's one of the nicest things about the IPS panel.

Being LED based as well means that power draw comes in at only 25w when up and running, which is quite low considering the size and resolution. With so much talk about being "green", low power draw is something that's always going to be appreciated. 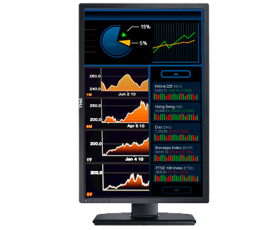 The U2412M is the perfect monitor to accompany an already very strong line-up of monitors. It brings with it a higher quality IPS panel, 16:10 resolution, DisplayPort connectivity and a good price point. If you want something bigger than the U22 / U23, want a 16:10 resolution, but don't quite want to break the bank due to the price tag associated with the S-IPS U2410, this is just a great monitor which ultimately slides in perfectly to the current crop of monitors from Dell.