It seems that companies are concentrating a little more on the lower speed end of the memory market at the moment. Recently we looked at a new Kingston kit which carried with it a 1600MHz DDR clock and today we're looking at a kit from Corsair that carries with it the same speed.

Of course, the speed is the only difference, because in both true Corsair and Dominator style, the timings are quite aggressive. Before we get into too much detail on that, we'll have a look at the package and then the modules themselves before getting into the overclocking side of things. 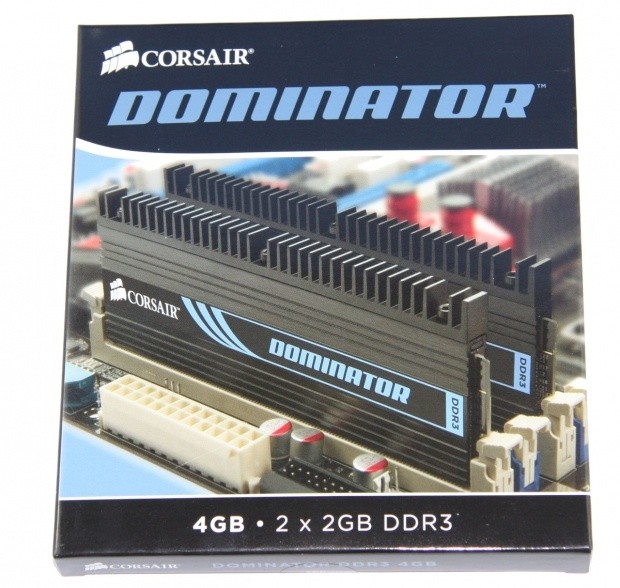 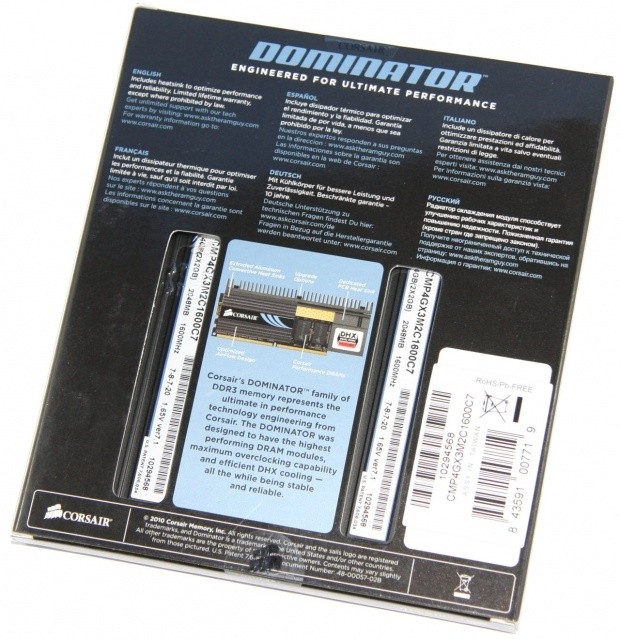 It's been a while since we've seen a retail package from Corsair. Most of the time we just get some pretty boring white boxes. The kit looks really nice packaged up, though, and you can see most of the information can be seen, especially once we turn over and the window shows us the important information on the modules themselves. 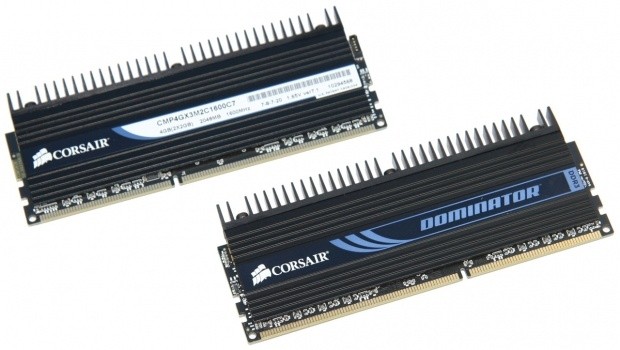 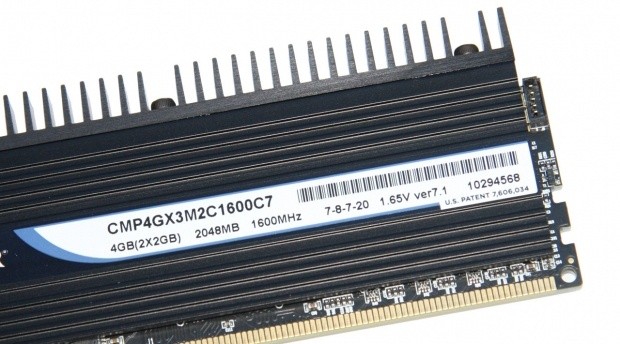 As for the design of the kit, it's not anything you wouldn't have seen before and if it isn't broke, why fix it? - For the most part I like the Dominator heatsink, but it has to be said that in the situation you have to push the modules in from the top, those fins really do a number on your fingers.

The kit comes in at 1600MHz as we mentioned in the introduction, and honestly, it came as no surprise that getting that speed that wasn't a problem at all. 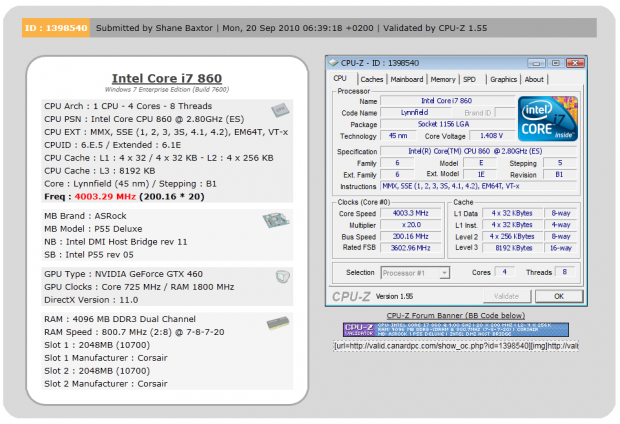 The kit uses a 7-8-7-20 setup at 1.65v which is fairly tight. Indeed this is one of the benefits when it comes to using lower MHz memory. We also opted for 1T timings as it didn't run into any problems at all when it was up and running. 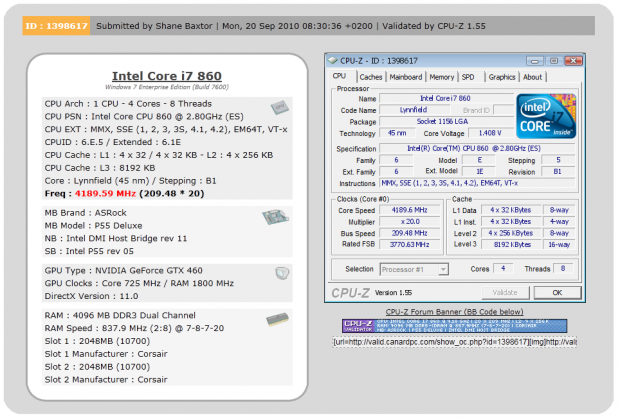 When it came to overclocking, we weren't sure if we would have loads of luck; mainly due to the fact that it is a Cas7 kit. While we managed to get to 1676MHz DDR, it's not the highest overclock; but with that said, we achieved that at 7-8-7-20-2T which is impressive nonetheless. 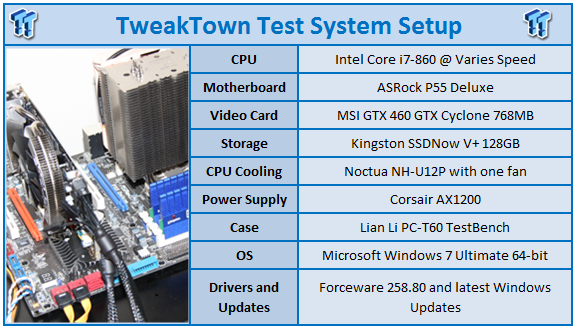 Today we'll be looking at the Corsair kit in stock and overclocked form. We've also included the Kingston kit which carries with it the same speed, but uses more relaxed timings. 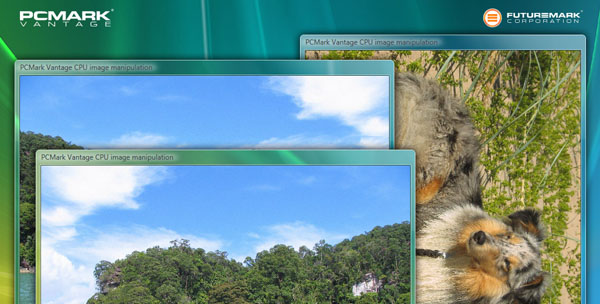 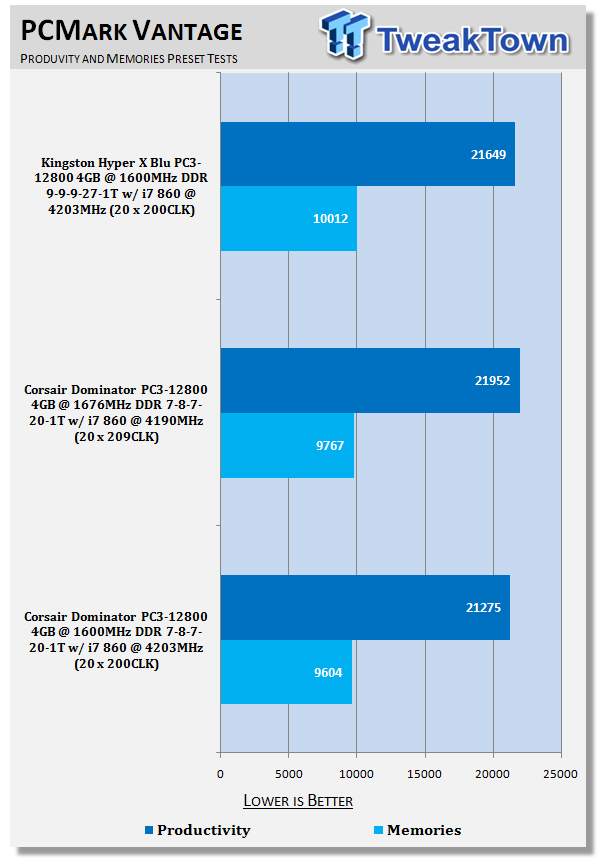 Across the board you can see there's little change between the setups under Vantage. 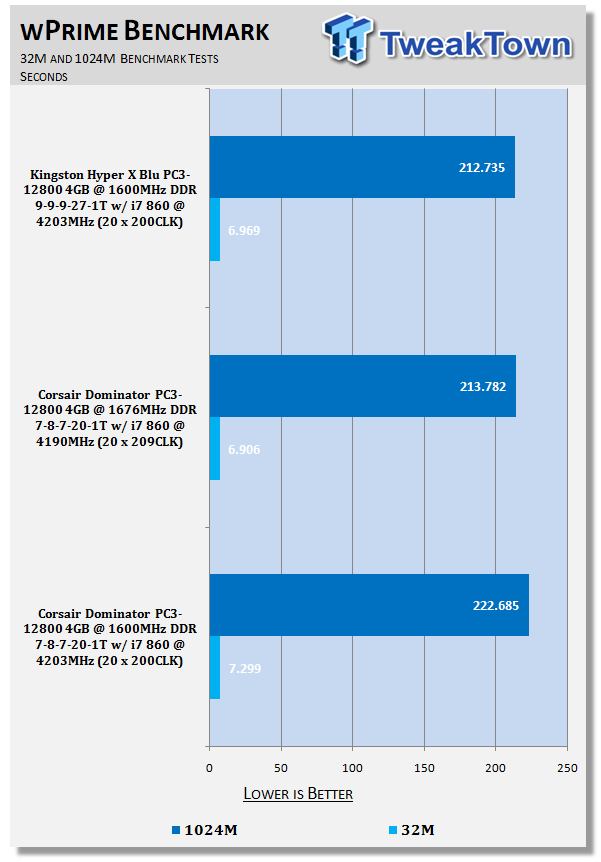 Looking at wPrime, we see the Corsair kit performs the strongest when overclocked. It did sit a little further back under wPrime at stock, though. 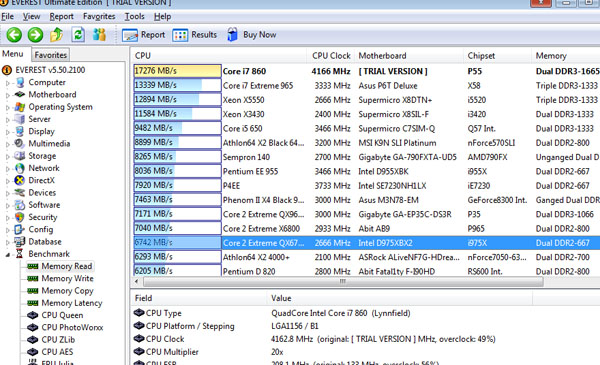 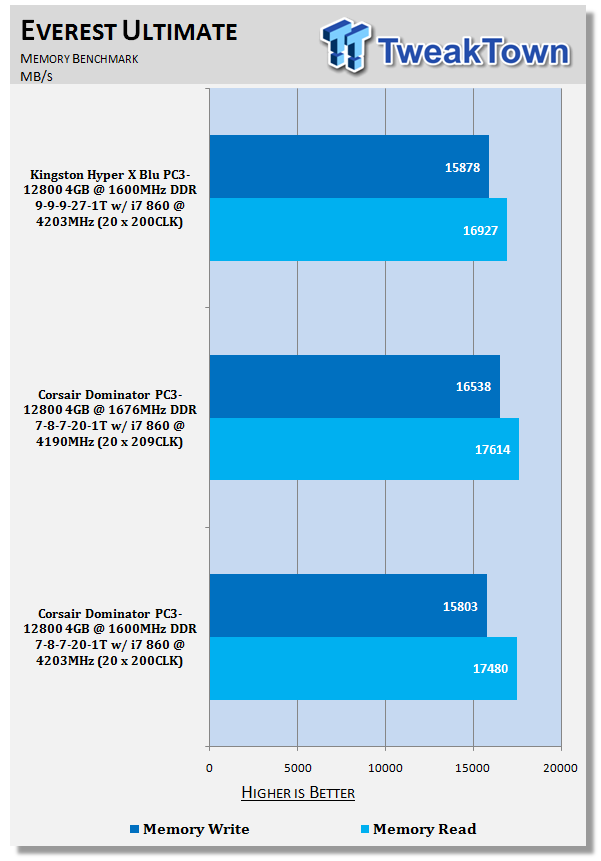 Once we start getting into tests where the timings come in to play, we can see the strong performance on offer from the Corsair kit; especially when we overclock. 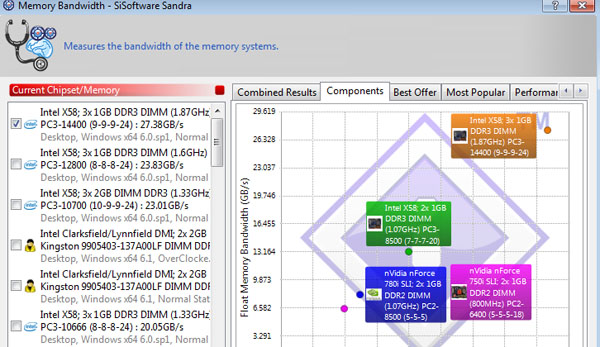 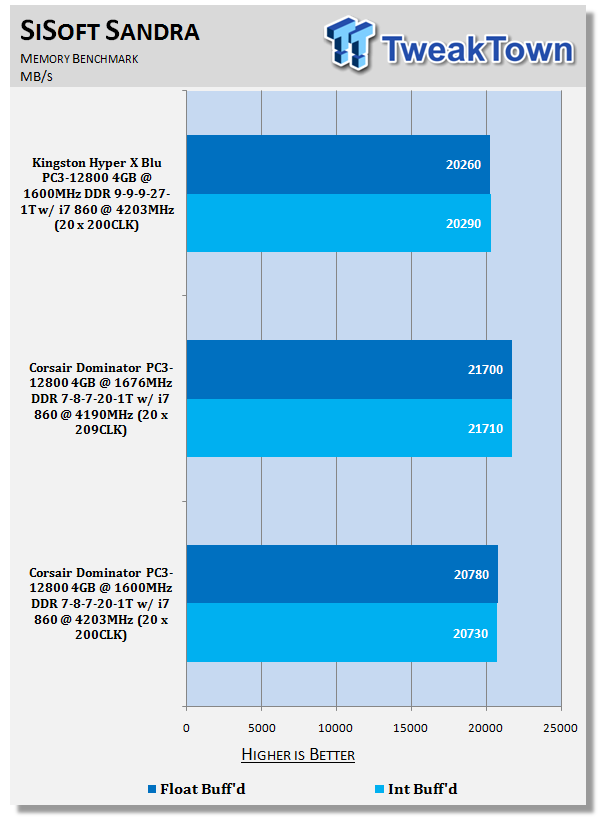 The same advantage as we saw under Everest is seen here with the more aggressive timings helping the overall performance of the kit. 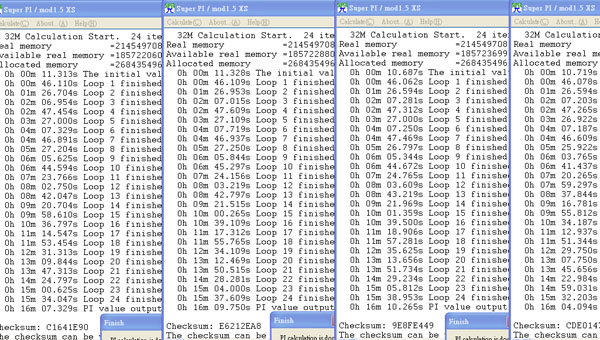 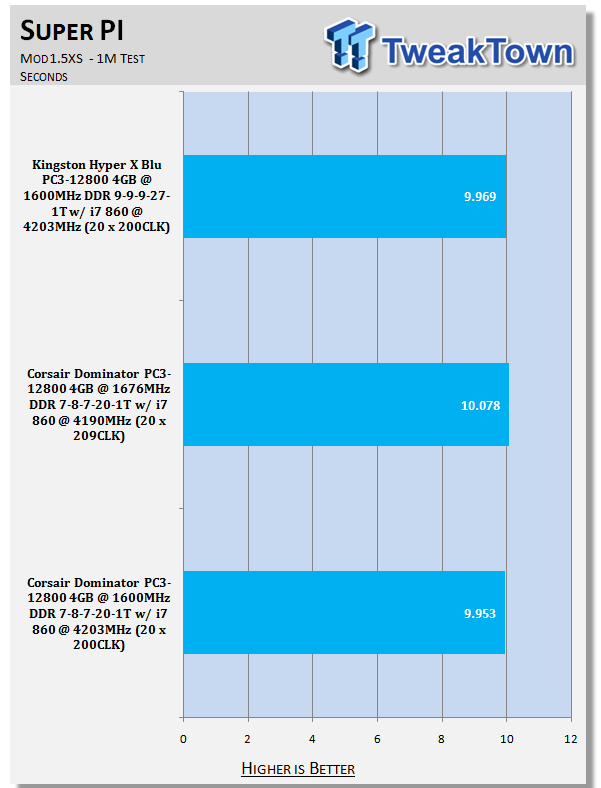 Super PI performance between the kits is very similar. 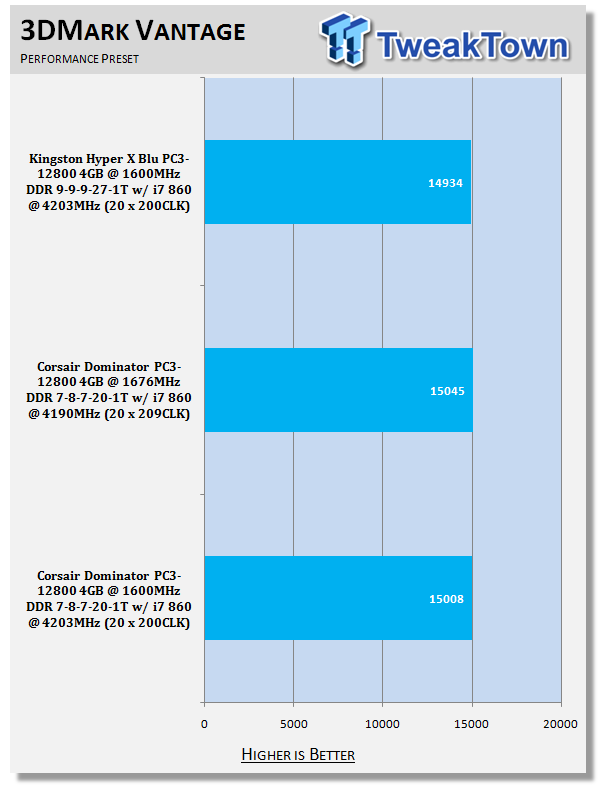 Looking at 3DMark Vantage, we can see that performance between all the setups is again very close. 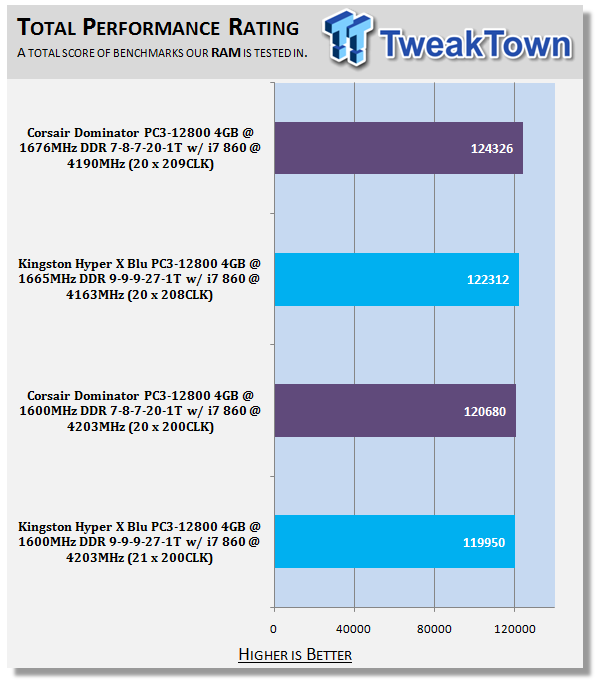 Performance is strong, and it comes as no surprise that when overclocked the kit manages to sneak ahead of the Kingston one, which is clocked slightly lower and uses much more relaxed timings. 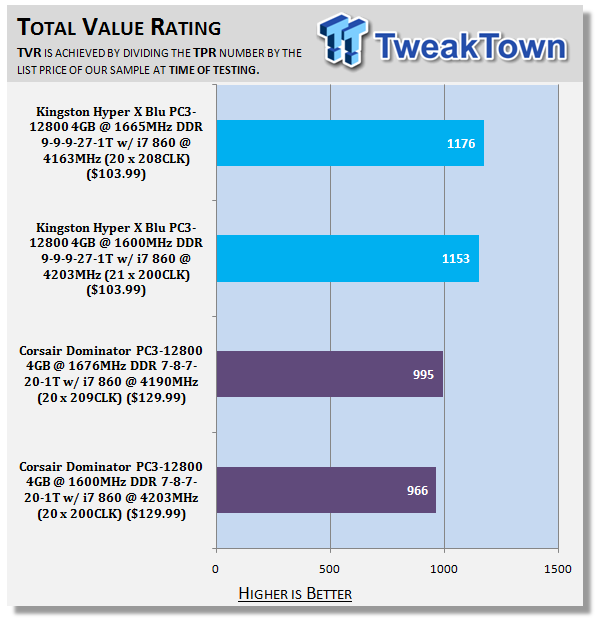 Priced at $119.99 over at Newegg right now, it's a bit more expensive than the Kingston kit, and while faster, our TVR graph shows the kit does lag a little behind.

The Dominator series from Corsair is a tried and true method that's been working for Corsair for a long time. This kit while not carrying with it the massive stock MHz that we've seen in recent months, still deserves the respected Dominator tag because of those aggressive timings.

While the overall value is a little down compared to the HyperX Blu kit we looked at recently, you have to remember that while it is the HyperX tag, it's the new Blu series which is more budget orientated. For some, an extra $20 is a small price to pay for the aggressive timings seen on the Corsair kit we've got here.

Finally, while our OC might've been the highest, because you're dealing with tighter timings you've got a lot of room to loosen them up. Once you've done that you should find some more breathing room, helping performance go even higher.