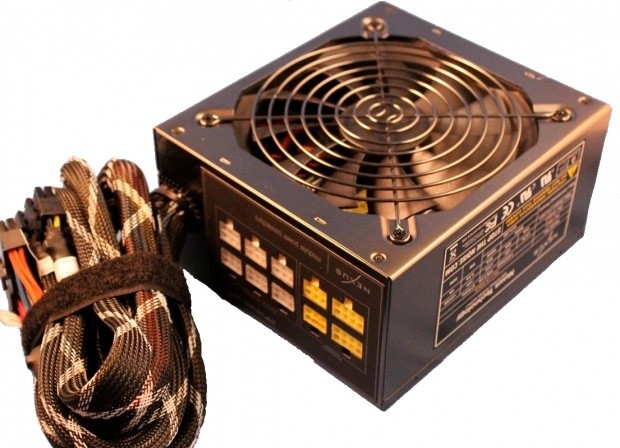 When writing reviews of one particular product, you tend to become a bit desensitized over time.You can become accustomed to the one goal most manufacturers strive for; dulling the reaction of the review itself.Yes, it's modular.Yes, it has some sort of 80 Plus certification.Yes, it has a flashy box with lightning bolts and an over-emphasis on the letter "x".

Nexus, albeit with a prominent "X", have taken this power supply quite seriously. Sans lightning bolts, Nexus has worked hard to create innovation in a relatively stale product market. Up for review is the brand new RX-1100 from Nexus.This new unit promises the incredible feat of super-efficient power delivery, all while remaining incredibly quiet.This particular formula doesn't sound unfamiliar, seeing as how most power supply companies tote similar claims. As we all know, there's saying, and then there's doing.

So read on to find out why this may be one of my favorite power supplies I've tested so far. Sizing in at an ATX-friendly 150mm x 86mm x 158mm, this dark-bronze box can be swapped into existing rigs without worry. I admire the fact that the essential cables are part of the ponytail; forever attached directly to the rail. This arrangement makes a lot of sense to me. Why would the motherboard cables need to be modular, anyway? 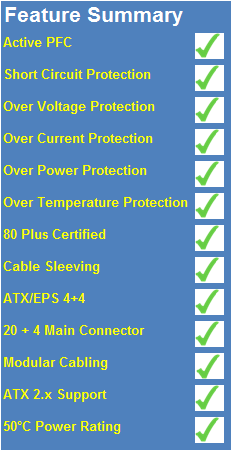 $249.99 is the MSRP, which is on the pricey side.But there are other power supplies that give you less for that amount out there.In my opinion, this is the epitome of the expression "you get what you pay for." This is made clear from the product itself, all the way down to the careful packaging.

Nexus has included the usual lineup of features like over voltage and short-circuit protection.On top of that, though, are a few other interesting bits. One of them is Active PFC (Power Factor Correction); a crucial addition that actively monitors your system's demands and fluctuates the power intake to match. By doing so, this power supply is able to gain the 80 Plus Gold rating. Although this isn't the top tier 80 Plus rating, it is still incredibly impressive given the unit's responsibilities.

Installation is typical of most power supplies. With a set of four standard screws included, you will need a screwdriver for installation.But that's to be expected, right?As previously mentioned, this isn't a fully modular power supply.There are five cables in the ponytail, which would almost immediately satisfy many setups, save for any Molex/SATA connections.

The unit itself has a very well built, solid feeling to it.That is probably due to a mixture of a good paint job, good assembly, good materials and the inclusion of sound dampening materials. This can be heard and felt when tapping around the outside of the case, though it is only apparent on two sides. Cooling this unit is a 135mm ball bearing fan, which also helps to reduce overall noise.To top it all off, a lifetime warranty is included. 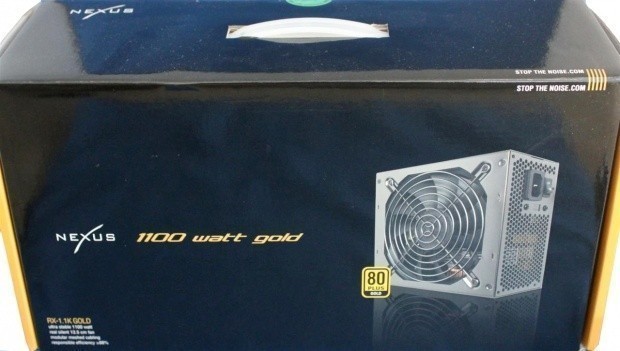 It is a pleasure to see that the packaging is as impressive as the unit itself in design and execution.The design manages to be simple, yet attractive; black around the top with an almost school bus yellow on the sides. The top shows a small image of the product with the Nexus branding and model name to the left. The right side displays information on the 80 Plus certification and a graph of the unit's results. The left side explains the low noise level design and another graph. The bottom of the box display more detailed information on the power output, connectors and features. 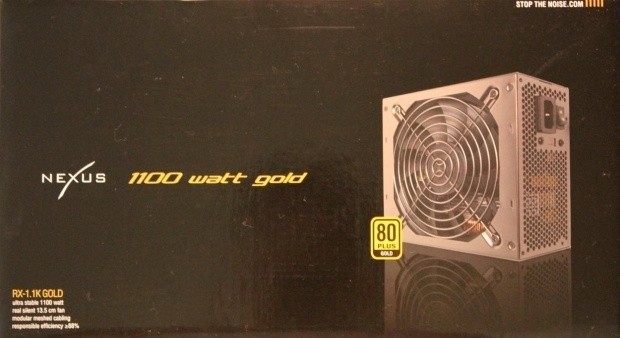 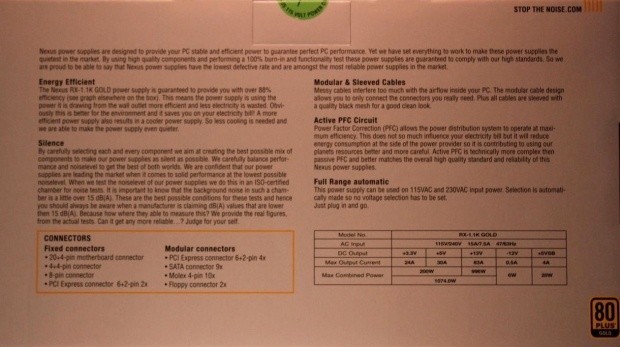 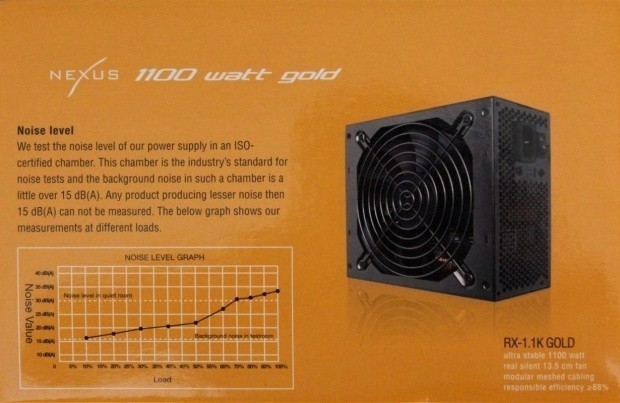 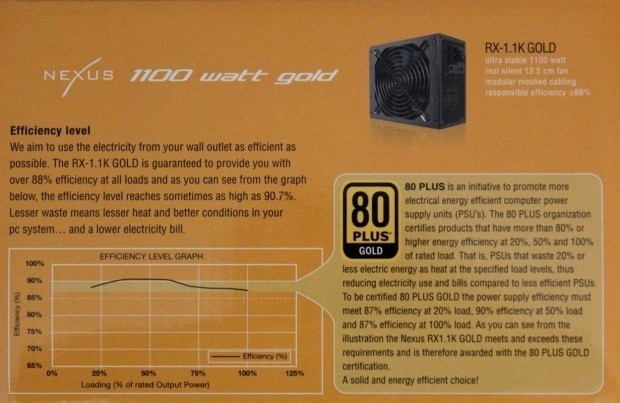 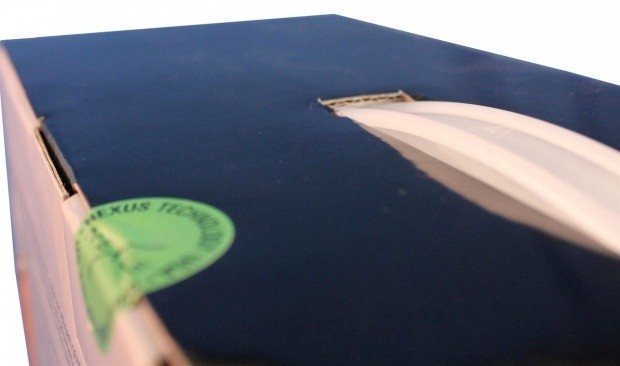 When talking about the impressive packaging, I was speaking inside and out, of course. Upon opening the box, you see two things. On the left is a small nylon carry bag with all of the extra cables neatly tucked into elastic retainers. You will also find the power cable and mounting screws in this bag.

To the right you will see a white foam block that adds a layer of protection for the PSU while in shipment. I really like this, as I've opened up too many PSU boxes to reveal no real packing for the PSU itself, leaving it to knock around in the box.

Removing the top of the foam container will reveal the plastic-wrapped PSU and attached cables. 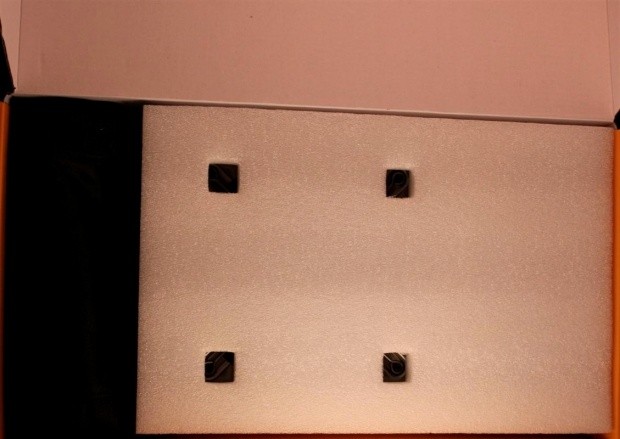 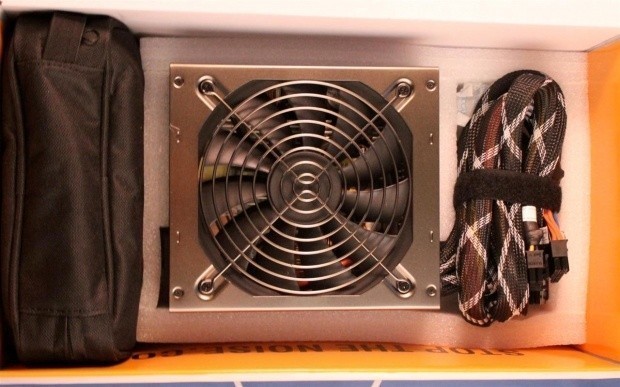 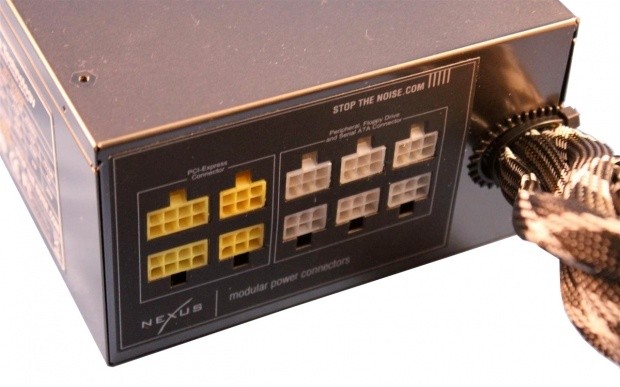 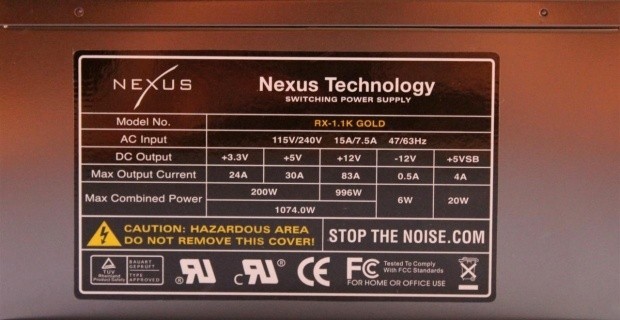 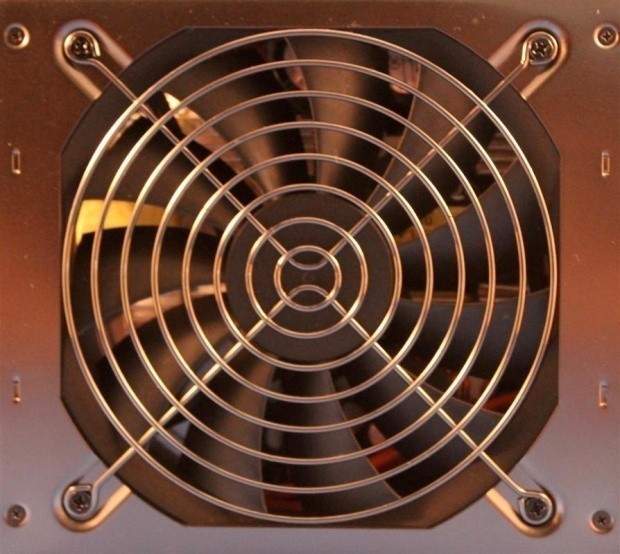 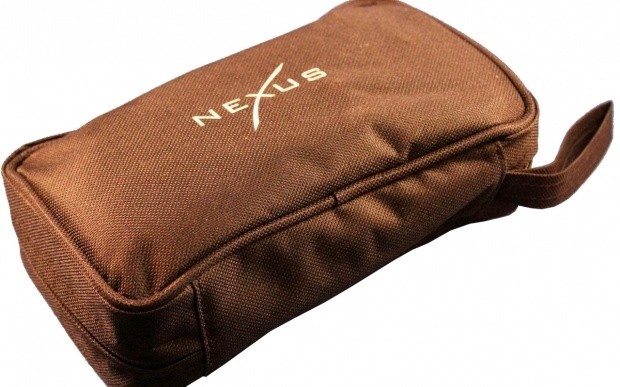 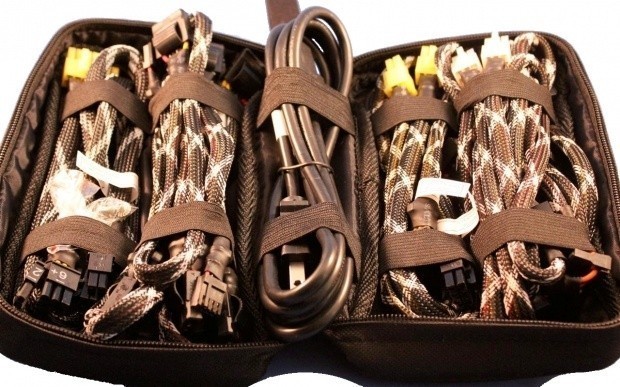 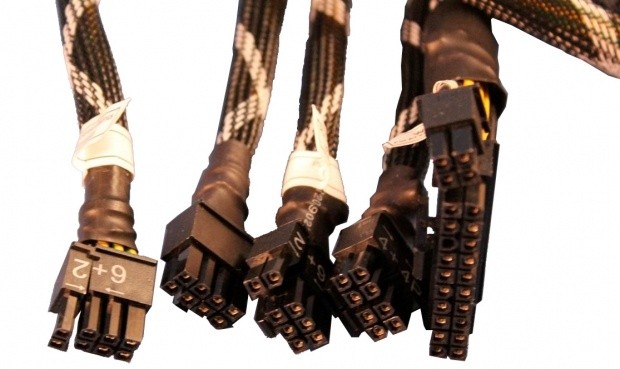 Cabling Arrangement and A Look Inside the Unit

Nexus has this thing set up for an array of huge setups. Attached to the brick are five cables. 20+4 pin motherboard cable, 4+4, 8 pin PCIe and two 6+2 PCIe. In the pouch is one power cord, four 6+2 PCIe, three sata cables with three plugs, each totaling 9 sata, two molex cables with three molex and one floppy totalling 6 molex and 2 floppy and finally, one cable with 4 molex.

Again, a huge array of setups are possible here. The great thing about this modular setup is that you don't need an excessive amount of force to remove a cable once it has been set in place. The pieces fit together well with a solid click. The wrapping around each cable is also of noteworthy quality, with a pattern that doesn't end up being too garish. 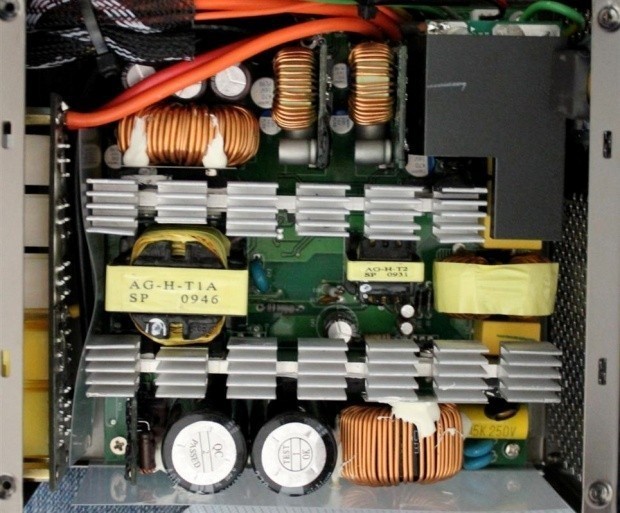 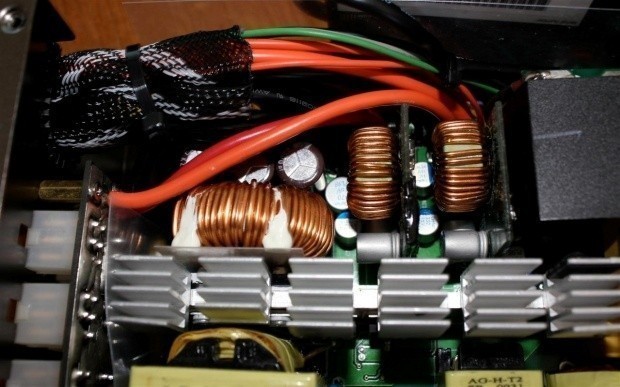 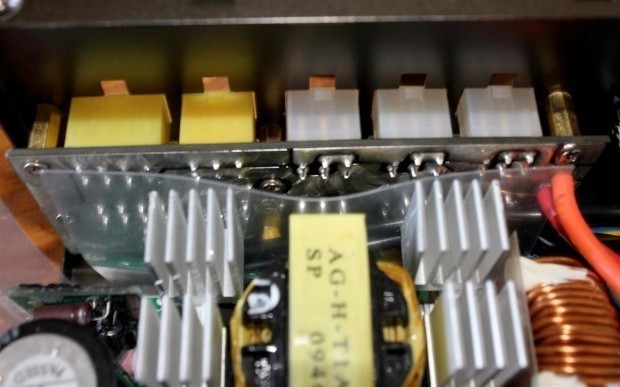 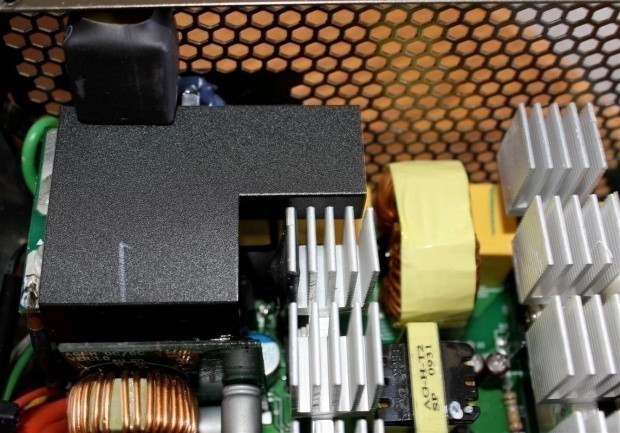 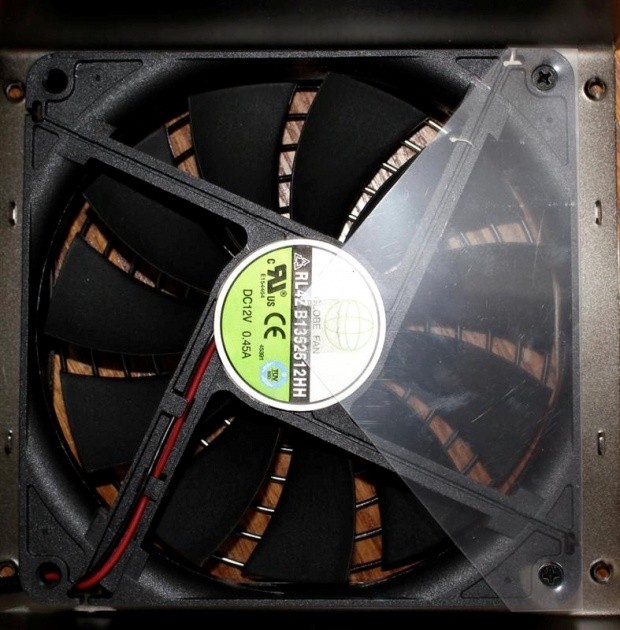 The five tests being performed are based around five concievable setups that are out there:-

- Test 1 is based around a standard gaming system that would place a load of about 20%.
- Test 2 is delving into an entry-level SLI setup, pulling about 50%.
- Test 3 starts going into an enthusiast's SLI or Crossfire setup, drawing a 65% load.
- Test 4 is for an SLi/Crossfire setup with high-end cards incl. 3-way arrangements pulling 100%.
- Test 5 takes the configuration for test four, but adds overclocking.
- Test 6 utilizes the maximum capacity of the testing equipment or the PSU; whichever is higher. 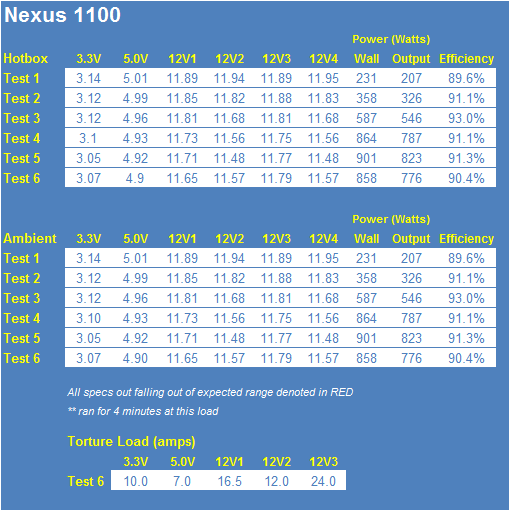 I was pleasantly surprised that throughout the tests, this unit managed to exceed the results posted on the 80 Plus site, even if it was only by a very slight margin. Although each system will vary as far as power consumption goes, the Active PFC should keep the overall efficiency within these boundaries.

If you hadn't picked it up from the rest of the review, I adore this unit. I adore the efficiency, I adore the design, I adore the overall thought placed into this product. I even adore the packaging.

I think about the only thing I don't adore about this is the price. But even then, it's just worth it. This is the result of a company taking the time to manufacture quality over quantity. I may be gushing, but this power supply truly deserves it.

If it fits within your budget, I highly suggest picking it up.