Thanks to the natural progression of memory speeds, we're quickly beginning to see that PC3-17600 is going to be the next number to own when it comes to high speed memory kits. As always, though, the kit hasn't just progressed in speed; it replaces the high price that PC3-16000 carried for a long time.

As time has gone on, we've seen that PC3-16000 modules don't need the fancy cooling fans and big heatsinks to achieve their speeds. As for the PC3-17600 kits, though, we already saw that G.Skill have implemented a nice fan with its modules and today we'll see what A-DATA have done to make sure their modules are able to achieve that massive 2200MHz memory clock.

While we know that the memory kit we're looking at carries with it a clock speed of 2200MHz DDR, we'll first have a quick look at the package before looking more closely at the timings that A-DATA offer. Once we've done that, we'll talk about how we went achieving the stock clocks and if we had any joy getting higher before we benchmark the kit and wrap everything up with our final thoughts. 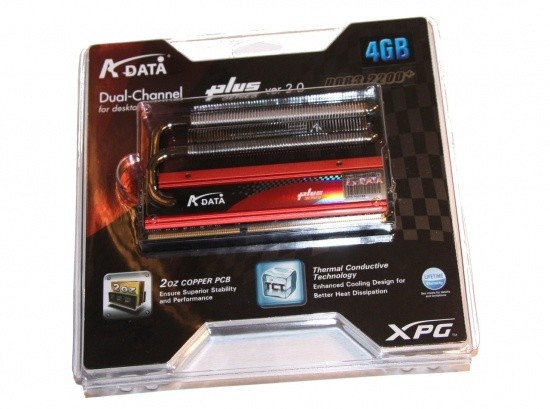 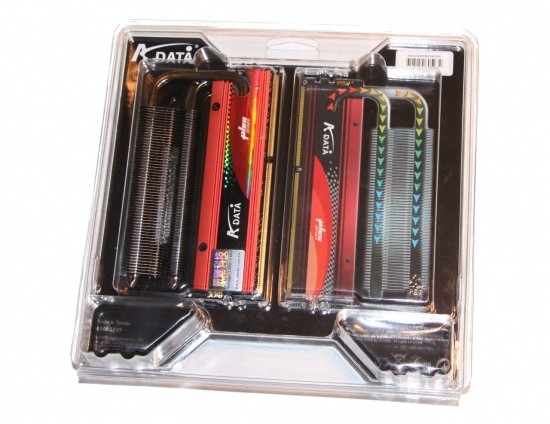 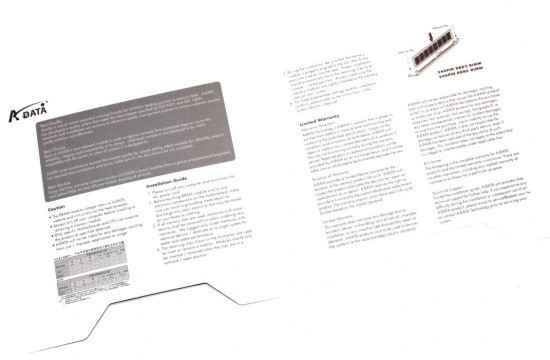 A-DATA have opted for a clear pack that lets us see the modules and the design. Inside the backing also doubles as a manual; you will probably find yourself not using it as installing memory is pretty easy and if you're buying something so high end, you should have a bit of an idea of what you're doing.

Having a look at the modules, we've got a very cool looking design that has a couple of heatpipes protruding out the side which is then met with a couple of heatsinks. We can see a nice looking heatsink over the top of the modules as well which is held in with the help of some screws which adds to the quality. 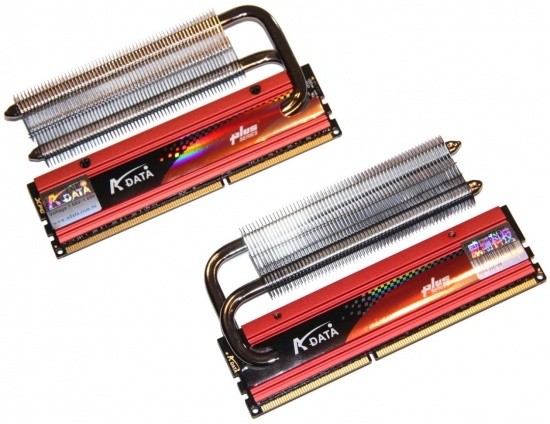 Both sides are very similar, making note that the kits are from A-DATA and are part of the Plus series. Both sides also have a sticker; one gives us information on the timings and voltage, while the other gives us serial number information. 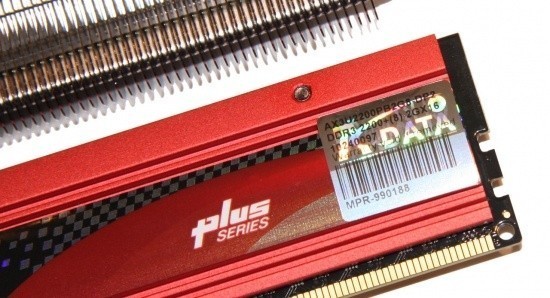 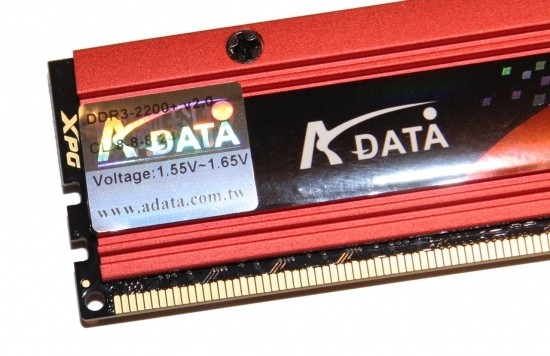 When it comes to these high speed modules, it's so important to make sure that the modules themselves can achieve the high speed promised by the manufacturer. The good news is that we didn't run into any problems getting to 2200MHz. 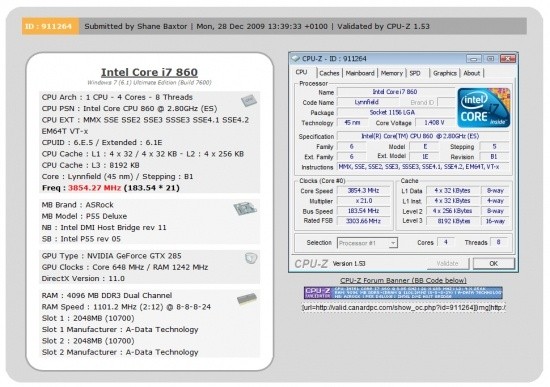 As you can see above, we had our BCLK set to 184MHz which resulted in just under that when in Windows. This placed our CPU at 3.85GHz which with the 2:12 divider resulted in a 1101MHz memory clock or 2202MHz DDR. You can see that we also didn't have any problems running the default 8-8-8-24 setup in this case. 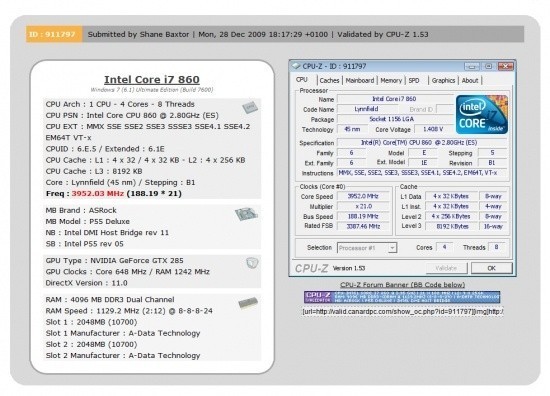 With our fingers and toes crossed, we thought we would try and get a little bit more MHz out of the kit. Bumping our BCLK to 188 resulted in a 100MHz overclock on the CPU and a memory clock of 2258MHz DDR at the same timings.


Today we'll be seeing how the kit goes against itself in stock and overclocked form while also seeing how the modules fair against the G.Skill PI Series PC3-17600 kit that we looked at recently.

Important Note: When modules are overclocked we adjust the BCLK which not only lets us fine tune the MHz out of a module but in turn increases the overall CPU clock speed. While we always make the effort to include the BCLK and CPU Speed in our graphs, please just make sure that you make note of these when looking at the results. In some tests that don't purely test the memory speed the extra MHz on offer from the CPU can increase the result. Of course it's also worth noting that having faster memory gives you the ability to run your CPU at a higher speed. 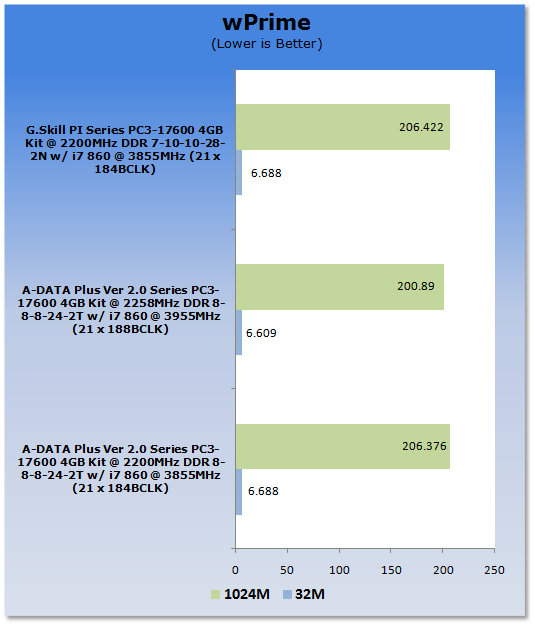 At 2200MHz DDR we can see that both the G.Skill and A-DATA kit perform almost exactly the same. When we bump the BCLK, though, which gives us a bit more CPU and memory MHz, we can see that there's a slight performance increase from the A-DATA kit. 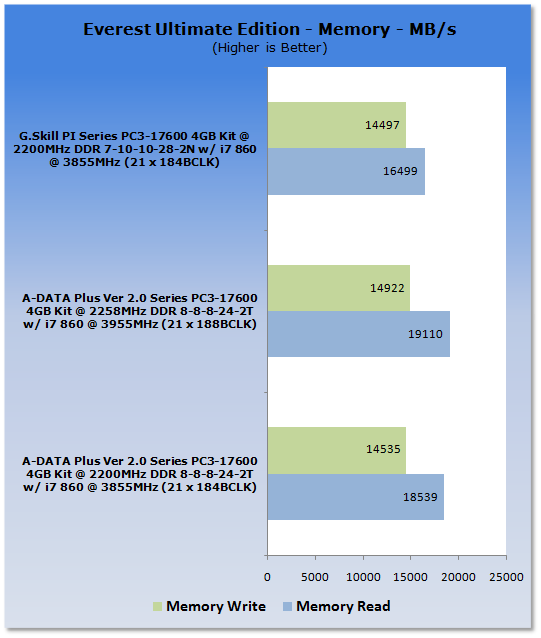 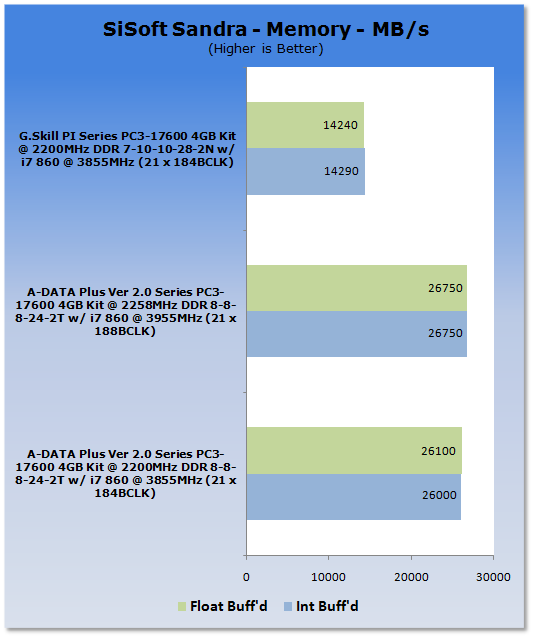 Under SiSoft we saw that the G.Skill modules performed quite poorly. When we dropped the speed down on them, though, and increased the CPU MHz, we saw the modules become better. The A-DATA ones on the other hand perform well at the 3.85GHz clock and manage to perform even better at 3.95GHz when at 2258MHz DDR. 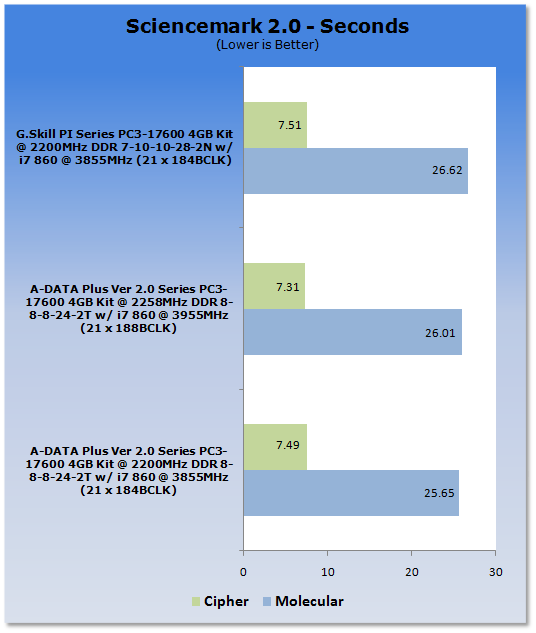 We continue to see that the A-DATA modules are able to get a leg up on the G.Skill ones with some good numbers here. 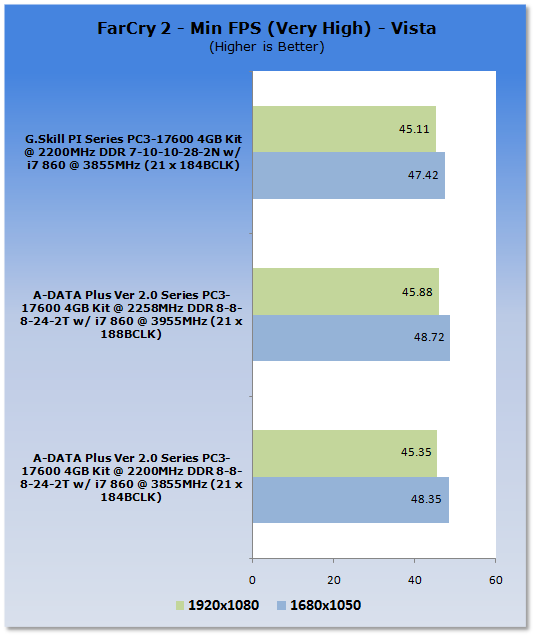 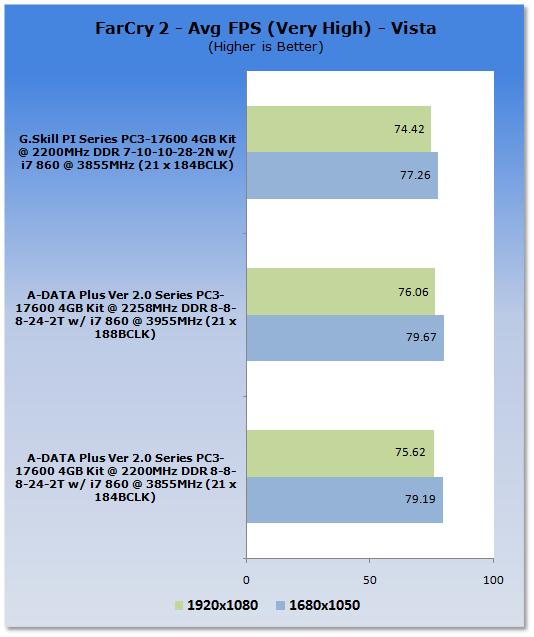 As always, with not a whole lot of difference being seen in the CPU speed, the results under Far Cry 2 are all very similar.

A-DATA have done a great job with this kit of RAM. Not only did we have no trouble achieving the 2200MHz DDR standard clock these kits offer at 8-8-8-24, we also managed to move even further and get another 58MHz DDR out of the kit. With even more time spent, the chances are you could probably squeeze a bit more again out of the kit, especially if you're happy to work with the timings.

One thing worth mentioning is that we had to remove one of our fans from our Noctua cooler to make the modules an easy install, but we already know that the extra fan does very little for extra cooling on our CPU. But it's something worth making note of if you do have a cooler that runs over the top of your memory slots.

What this kit comes down to is performance. That it has in spades with some extra numbers in both its stock form and overclocked. There's not a whole lot more you could ask for from a kit that offers such a high speed.

No doubt over the coming months we're going to see more and more companies attack the PC3-17600 market and offer us more aggressive timings and higher price tags. For now, though, if you've got the need for speed this is a fantastic kit worth keeping an eye out for.