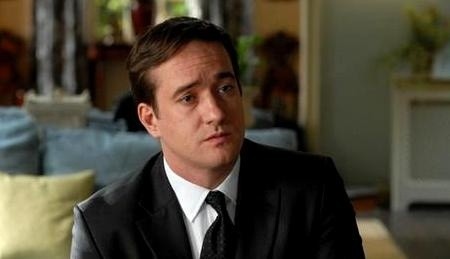 Death at a Funeral is presented in the widescreen scope aspect ratio of 1.78:1, encoded in MPEG-4 AVC.

For the most part sharpness and colour balances are fine. However, exterior shots look a little less sharp than I would hope for. The most disappointing aspect of the transfer is the relatively frequent film artifacts. There were flecks and scratches at numerous times throughout the duration - this is extremely rare and fairly unacceptable these days, especially for such a recent film.

Overall, the image quality is sufficient and indeed better than my previous DVD, but not by much. 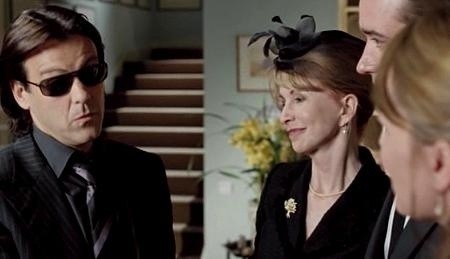 With the vast majority of sound coming from the front three speakers, there was scant opportunity to create a booming soundscape and even if it did, it would have taken away from the film itself. Importantly, there are no problems understanding dialogue or audio sync problems. Surround effects are rare, aside from leakage of the film score. Bass is only used lightly as the occasion calls for it.

No one expected Death at a Funeral to unseat Iron Man as a reference quality audio track, but what we have is a perfect reproduction of the original cinema experience and that's all we can ask for. 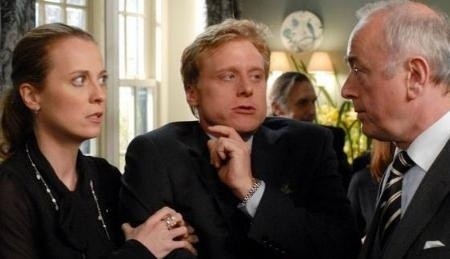 Icon Home Entertainment has given a very light extras package to the film.

Director Frank Oz flies solo on one audio commentary, taking a fairly analytical approach to the making of the movie. The second commentary by stars Alan Tudyk and Andy Nyman, along with writer Dean Craig is far looser and more fun to listen to. Whilst Oz has much pride in his film and it's nice to hear his thoughts, you will have to be a pretty die hard fan of the film to get through it. The second commentary is quite funny and infinitely more enjoyable to listen to.

The only other extra is a seven minute outtake reel in SD quality. Some very obvious fun on the set is what I can take from having seen this. 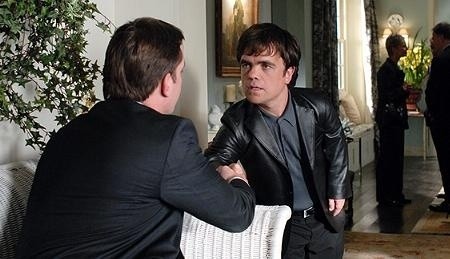 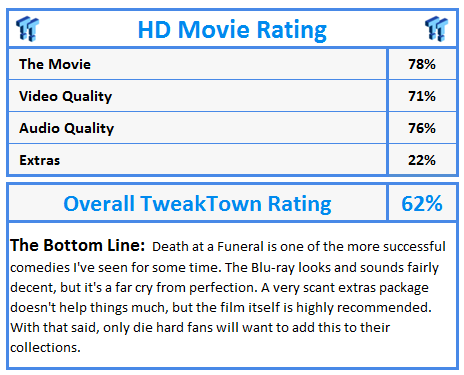