Whether it's PC or PS5, GIGABYTE's AORUS 7000s is a gaming juggernaut.
Buy at Amazon

Its nanocarbon-coated heat sink was not only stunning in appearance and highly efficient, but it was also a lower profile than was common at the time. Now, we do not know if GIGABYTE had the foresight to know that this heat sink was perfectly sized for use in the PS5's not yet enabled M.2 storage expansion slot, or if it was just dumb luck. Either way, it's to this day one of the few hyper-class heat sink-adorned SSDs that fit perfectly into a PS5's M.2 storage expansion slot.

Fast forward to today, and the AORUS 7000s is still GIGABYTE's flagship performance SSD offering. The same exquisite heat sink, same packaging, same cost relative to today's pricing, and even spec'd the same. However, this is a very different SSD in the performance department. GIGABYTE has silently upgraded its AORUS 7000s with super-fast Micron 176 Layer B47R flash, quite literally transforming it from an average performer, by today's standards, into an elite performer. 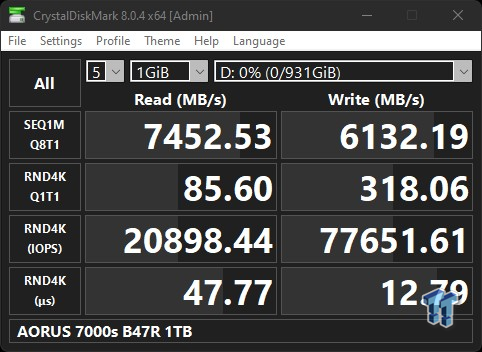 As the above benchmark demonstrates, when arrayed with B47R flash, maximum sequential throughput increases from the drive's advertised 7,000/5,500 MB/s at 1TB to a whopping 7,400/6,100 MB/s. For whatever reason, GIGABYTE has not updated its factory specs for the AORUS 7000s, but rest assured when you buy an AORUS 7000s going forward, it will be arrayed with Micron B47R goodness.

As impressive as the increased sequential throughput is, its real-world performance increase is even more impressive. Let's see what the newly upgraded AORUS 7000s can do for you by the numbers. 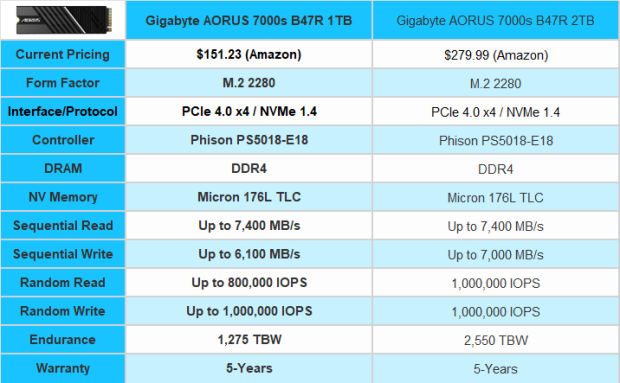 We took the liberty of updating performance specs for the AORUS 7000s, going by what our review sample can achieve. Keep in mind that the numbers above are our own and not GIGABYTE official numbers. 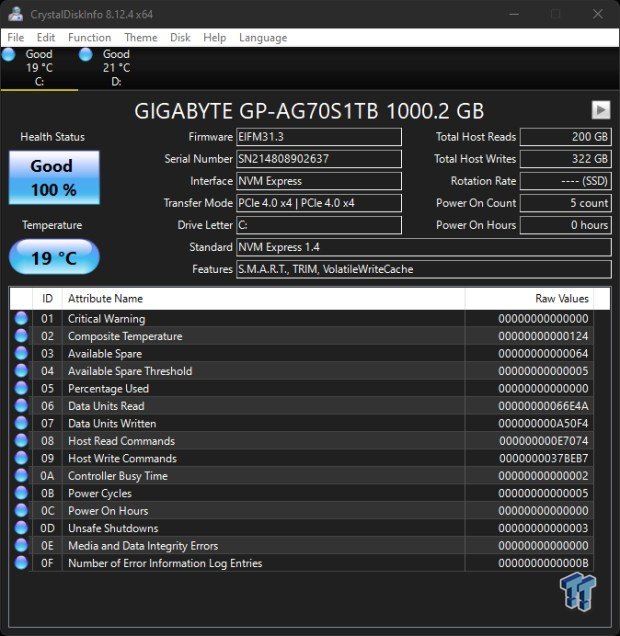 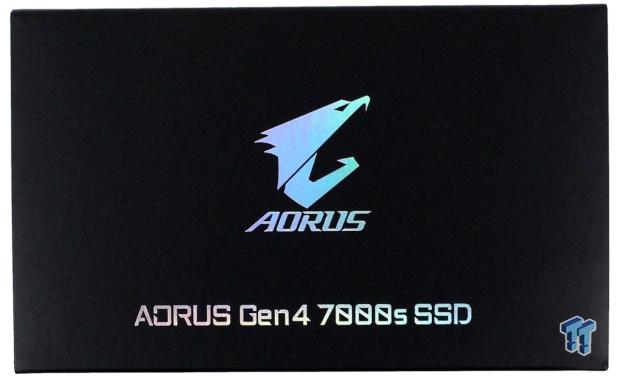 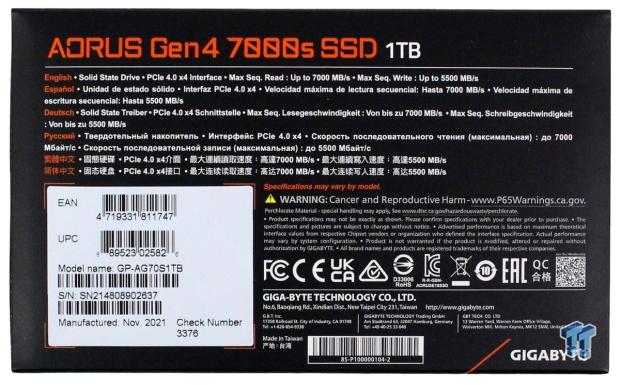 From its packaging, we can discern a couple of things. Going by its manufacture date of November 2021, GIGABYTE has been arraying its AORUS 7000s with Micron B47R flash for six months now, which is why we are confident in stating that if you buy it now, it will indeed be the updated version. Secondly, we can see that according to its stated sequential throughput numbers of 7,000/5,500 MB/s, GIGABYTE, for whatever reason, chose not to announce the performance increase. 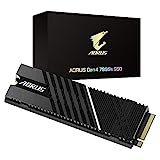 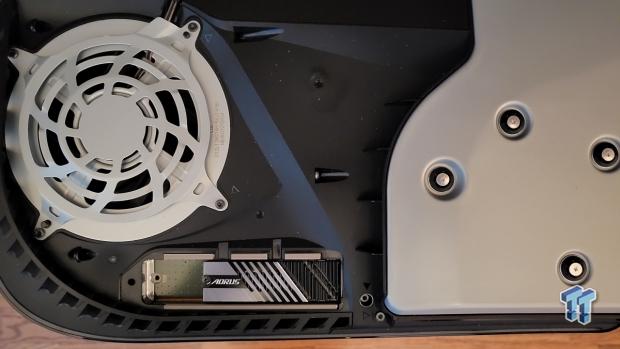 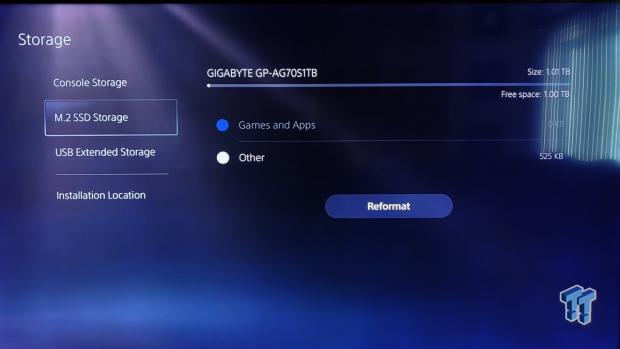 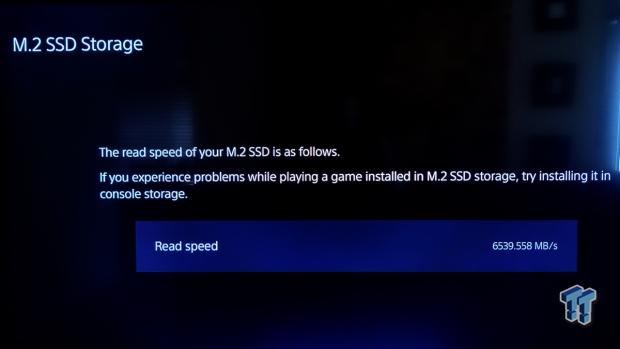 As you can see, the AORUS 7000s has a heat sink designed to perfectly fit inside a PS5's M.2 storage expansion slot.

Excellent result here, especially when we compare it with where the AORUS 7000s landed with 96L flash. From the bottom of the chart to seventh best all time. Impressive. 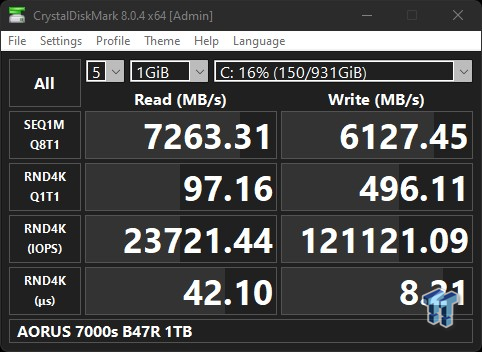 As measured by CDM, the updated AORUS 7000s impresses. Massive increases, especially where it really matters, Q1T1 random read. At 97 MB/s vs. 83 MB/s previously, the silently upgraded AORUS 7000s 1TB is a whopping 17% faster than before. This is performance that matters. 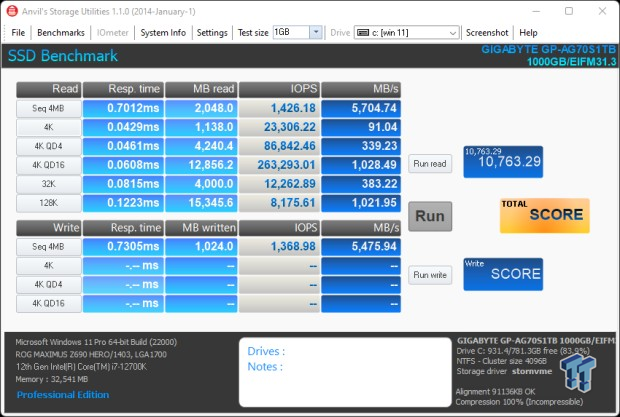 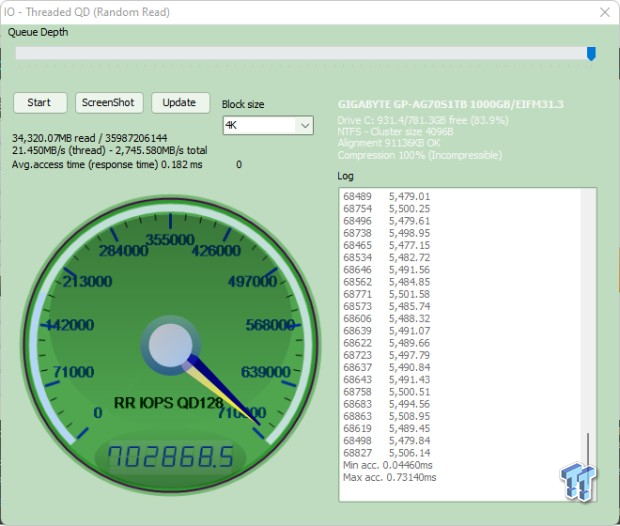 1,550 points and a massive 350,000 IOPS better than when it launched a year ago with 96 Layer flash. Keep in mind that all this new performance is coming from the better flash. This is a perfect example of the not well-known fact that the flash a drive is arrayed with is where most of the performance comes from. Not the controller, the flash. 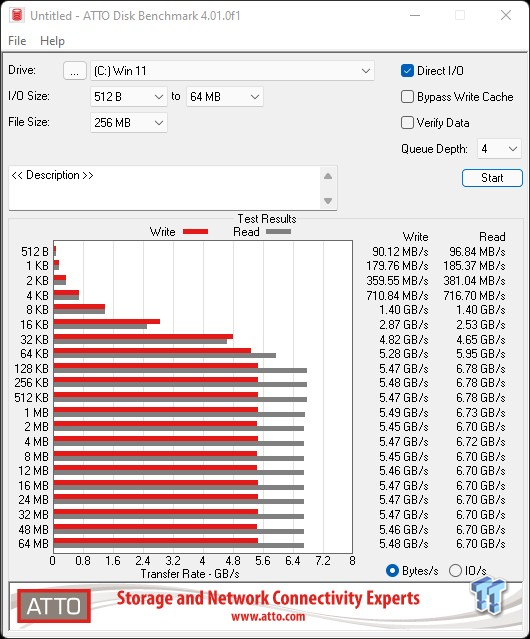 Sequential performance really isn't performance that matters all that much, as we've explained ad nauseum. This is why results here don't accurately portray just how much more powerful the AORUS 7000s has become. 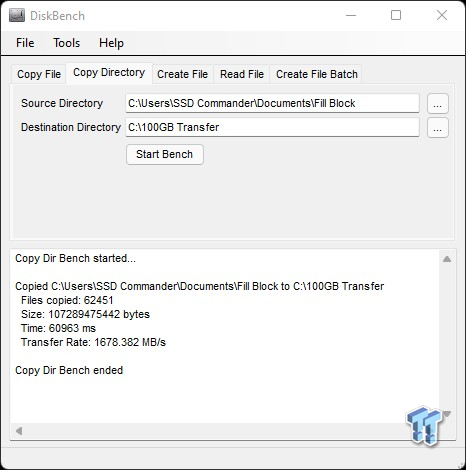 Our 100GB data transfer test is not your ordinary 100GB of data. Ours is a crushing mix composed of more than 62K files. A nice 280 MB/s improvement over its launch day configuration. 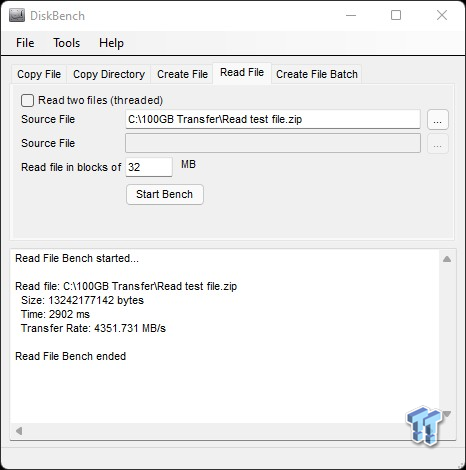 Serving data to the host (read) is performance that matters, and the silently upgraded AORUS 7000s does it as good as it gets, delivering the 5th best result for a flash-based consumer SSD. 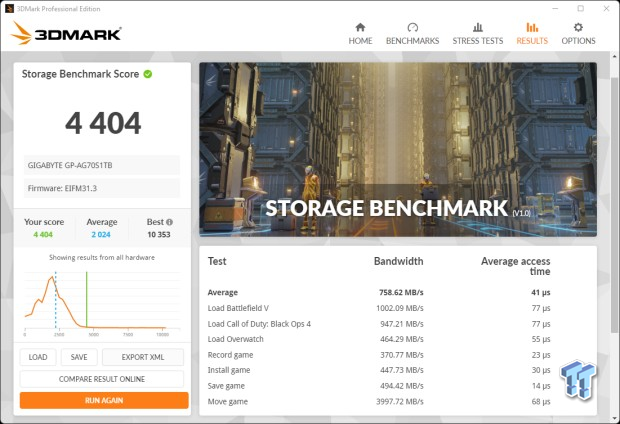 Gaming is a performance metric that matters to the majority of DIY consumers, especially to the enthusiast crowd that TweakTown caters to. Now, this should grab your attention if you are a gaming enthusiast. The upgraded AORUS 7000s can deliver an overall gaming user experience that is roughly 21% better than it did when it came arrayed with 96 Layer flash. 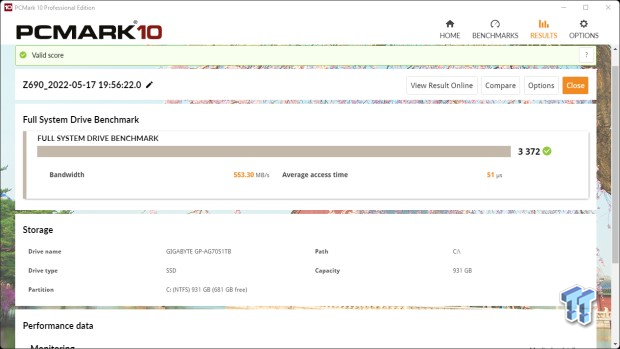 Here again, we are seeing a whopping 20% better user experience on offer with its new flash array. Impressive. 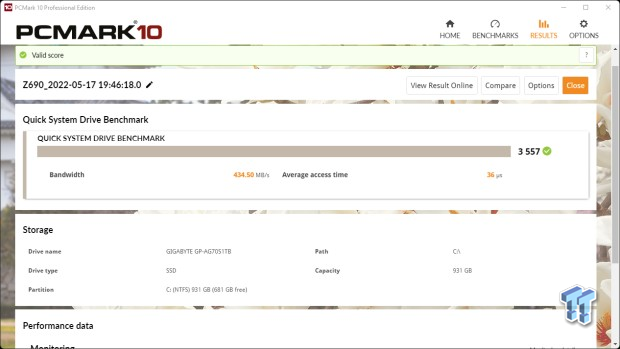 As we see it, this result coming in at 20% better than previously, absolutely confirms the updated AORUS 7000s, if we were to put an overall number to it, is indeed 20% better than the day it launched.

Traditionally unannounced hardware changes, at least as they pertain to SSDs in particular, have not been changed for the better as in more performance for the end-user. Typically, they have come as cost-saving measures for the manufacturer, resulting in lower performance for the end-user. In other words, you are not getting exactly what you think you are getting. Those types of silent changes have caused quite an uproar within the tech-savvy community, even leading to a public apology by the manufacturer in some cases.

This silent upgrade, however, is the other end of the spectrum and demonstrates clearly, in our opinion, that Phison and GIGABYTE are both standout companies that want to deliver the best user experience possible. A free unannounced 20% real-world performance increase? Hey, we like that kind of unannounced hardware change! 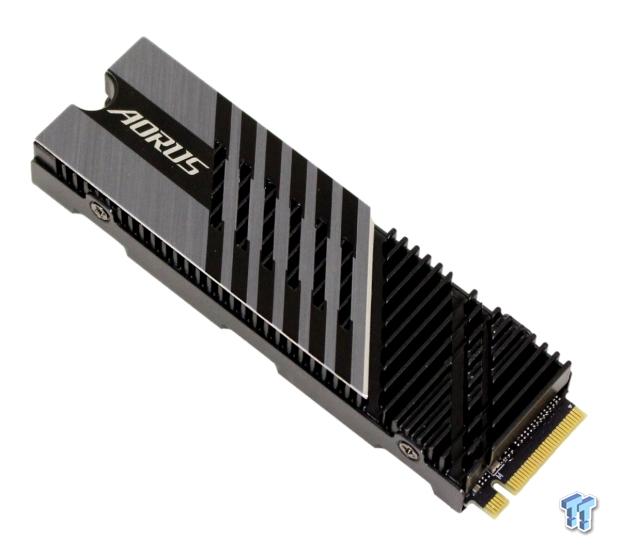 Priced right, ideally designed for PS5 users, and a legit TweakTown Elite performer on top of that, has earned GIGABYTE's AORUS 7000s 1TB our highest award.

Whether it's PC or PS5, GIGABYTE's AORUS 7000s is a gaming juggernaut.