Addlink is updating its Phison E18 flagship offering S95 we reviewed back in January. The updated version is called the AddGame A95 and features faster 176 Layer Micron B47R flash along with a flashy new PS5 compliant heat sink. The heat sink has a unique bejeweled texture reminiscent of Gskill Royal series DRAM, although it's not RGB. Additionally, the highly effective heat sink is sized for perfectly PlayStation 5 compatibility.

Now, this drive is about $60 less than we've typically seen from E18 SSDs with heat sink and arrayed with 176 Layer Micron flash. There is a reason for this, although it's nothing discernable by its sequential throughput, which is right up there with the best Gen4 can do. It can, under the right conditions, indeed deliver sequential throughput exceeding 7,400 MB/s as verified by the following benchmark run on our AMD X570 system: 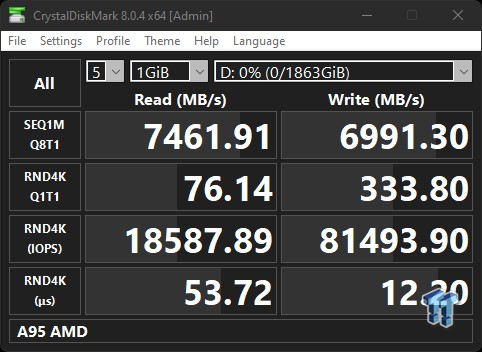 As we watched the numbers coming in, we had our eye on the 4K Q1T1 random read because we suspected that it might be arrayed with Media Grade 176 Layer Micron based on its relatively low pricing. 76 MB/s Q1T1 random read on our AMD test system confirmed our suspicions that the A95 is arrayed with Media Grade B47R flash. Makes sense based on its price point.

Okay, so the addlink AddGame A95 is just like the last E18 based SSD we reviewed. Media Grade B47R flash has its advantages and its disadvantages, as we've seen. The advantage is obviously a significantly lower price point compared with Fortis Grade B47R arrayed E18 based SSDs. The disadvantages include lower real-world and gaming performance. Additionally, Media Grade B47R is less endurant than Fortis Grade. Does a lower price point offset what is given up in the way of performance and endurance? Read on. 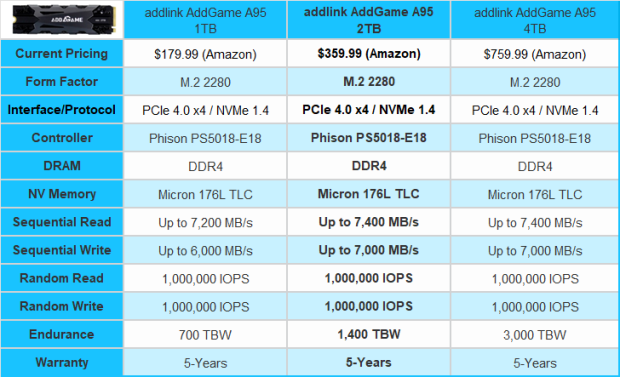 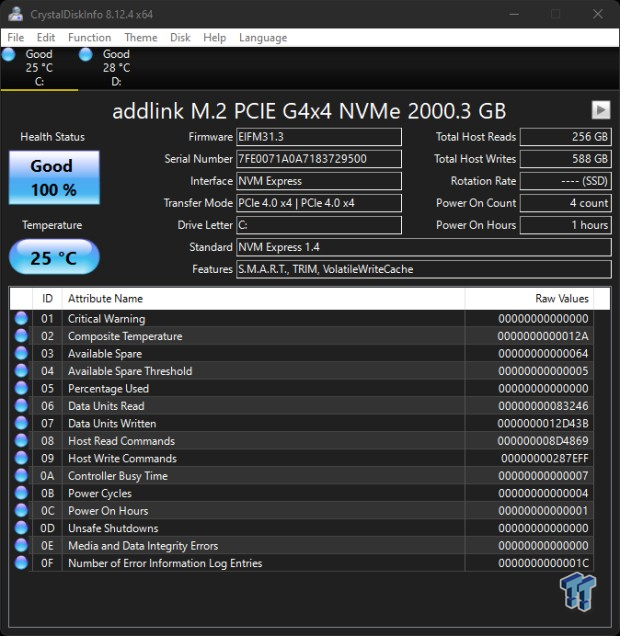 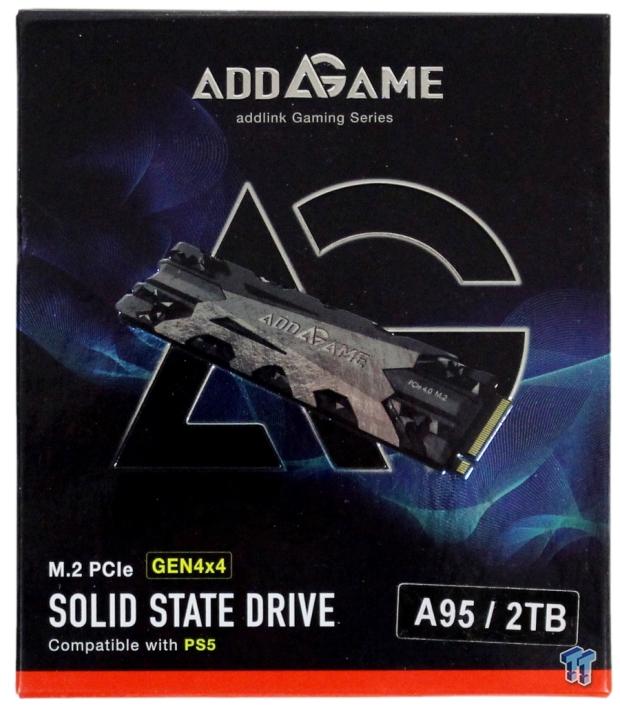 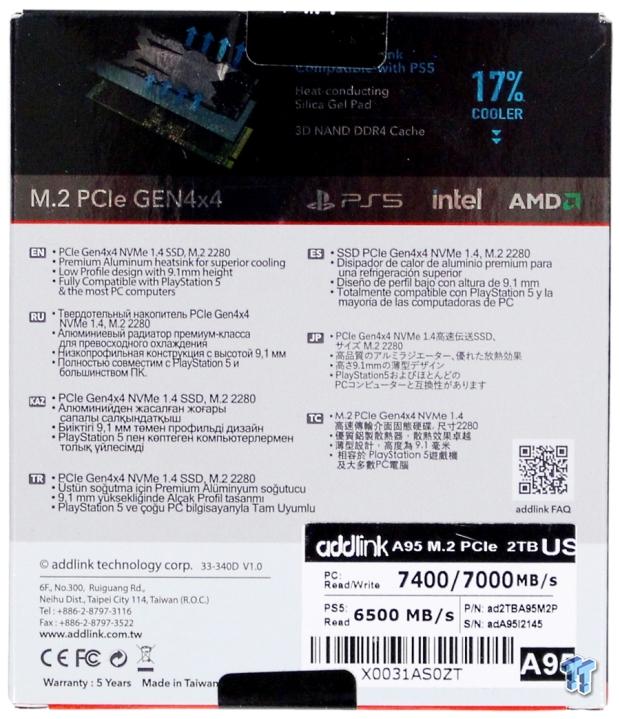 The AddGame A95 comes with what is meant as a permanently installed PS5 compliant heat sink. We would not recommend trying to remove it. 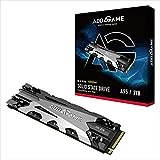 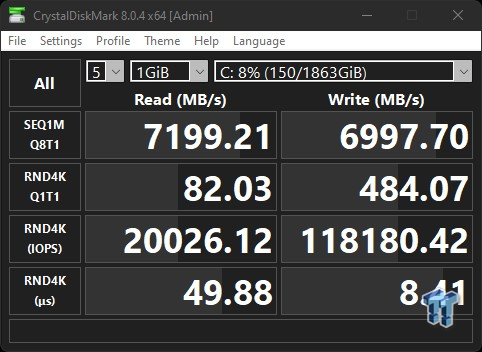 Addlink states sequential read/write speeds of up to 7,400/7,000 MB/s for the AddGame A95 2TB. 7,400 MB/s throughput is only attainable when used in conjunction with an AMD system. You won't get there with Intel, or with PS5, for that matter. Do keep in mind that while AMD will net you a little higher throughput, Intel delivers vastly superior storage performance overall. 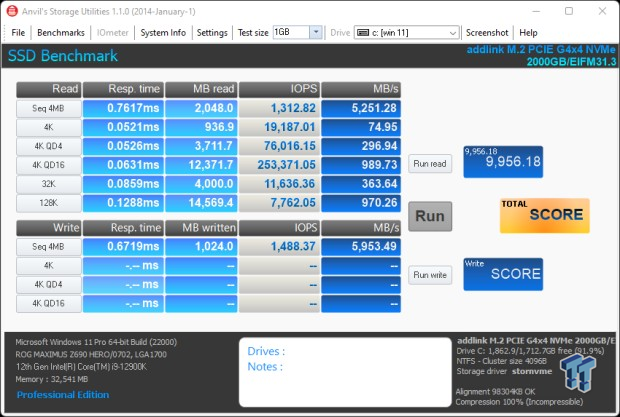 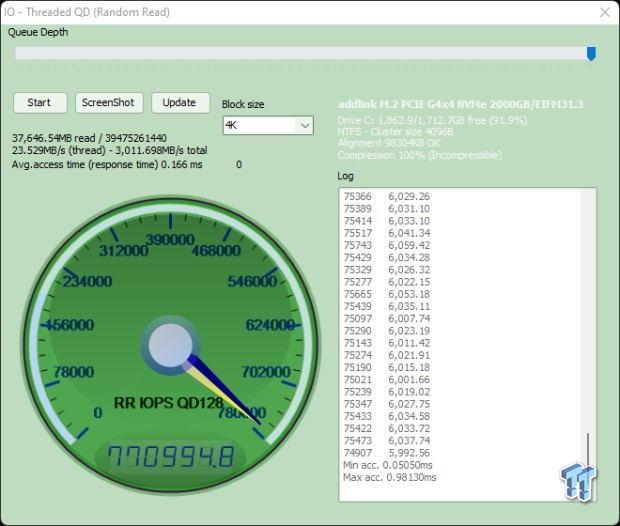 Almost 10K and 300 points better than we've seen from any E18 based SSD arrayed with 96 Layer flash, proving it is indeed better but not as good as E18 SSDs arrayed with Fortis Grade B47R. Shifting our focus to max read IOPS, we see Media Grade B47R can crank out about 150K more than 96L arrayed E18 SSDs. Good improvement. 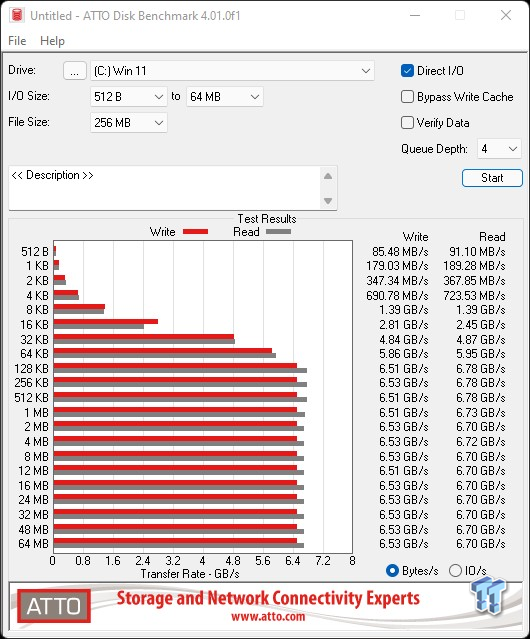 These results back up what we saw with CDM. Sequential speeds for Media grade 176L are right in there with Fortis grade. 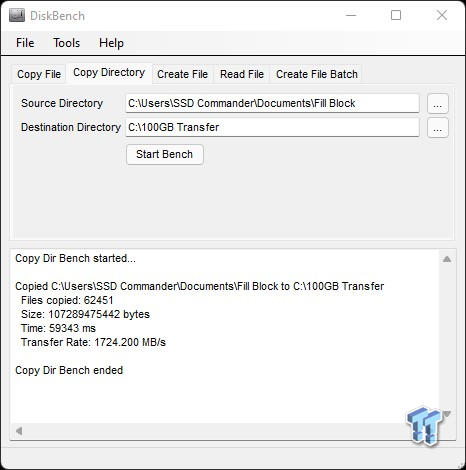 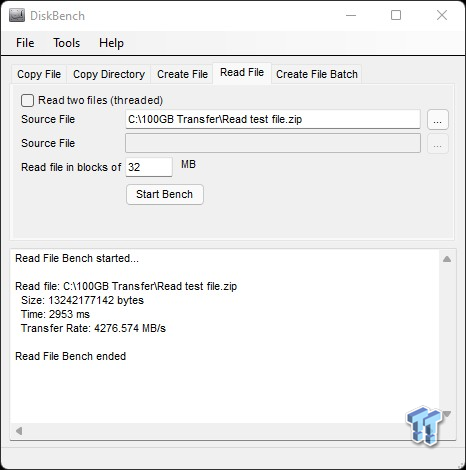 UL's newest 3DMark SSD Gaming Test is the most comprehensive SSD gaming test ever devised. We consider it superior to testing against games themselves because, as a trace, it is much more consistent than variations that will occur between runs on the actual game itself. This test is, in fact, the same as running the actual game, just without the inconsistencies inherent to application testing. 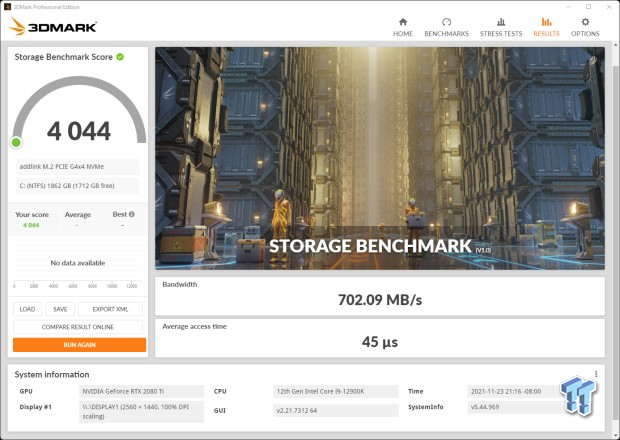 Gaming is a performance metric that matters to the majority of DIY consumers, especially to the enthusiast crowd that TweakTown caters to. This is where we see a pretty big advantage for Media Grade 176L flash over 96L. The AddGame A95 scores nearly 10% better than 96L arrayed E18 based SSDs. Impressive. 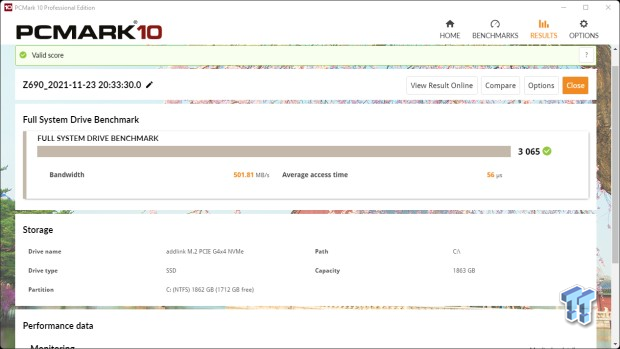 We are looking for 500MB/s storage bandwidth and 3000 points; the AddGame A95 rises to the occasion, delivering both. Nice. 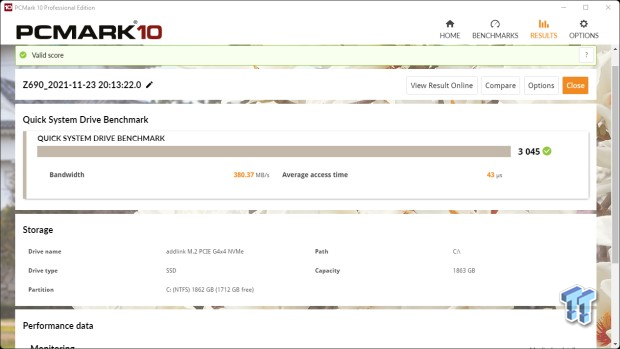 We weren't expecting much here, considering E18 based SSDs always do a faceplant with this test. E16 SSDs are faster here, even faster than E18 SSDs with 1600 MT Fortis grade flash.

This is the second SSD, in as many reviews, to be arrayed with Media Grade 176 Layer flash. We believe that these E18 SSDs with Media Grade Micron B47R are indeed a nice option for budget-conscious enthusiasts and PS5 users alike, who won't settle for anything less than Phison's E18. In fact, addlink specifically designed AddGame A95 to work beautifully with Sony's flagship gaming console.

We rank SSDs in terms of overall user experience (performance where it matters most) as expressed by PCMark 10 storage and 3DMark gaming storage tests. We consider a user experience score of 11K or more to verify an SSD as a TweakTown Elite performer. Overall, the AddGame A95 performed admirably and proved to us that it's a superior gaming SSD, but not quite TweakTown Elite. 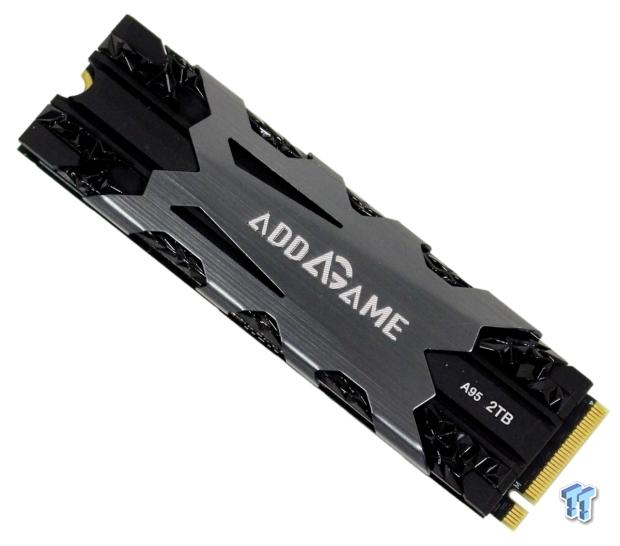 If you are on a budget but still need some E18 goodness, addlink's AddGame A95 provides a more affordable pathway for you to experience up to 7,400 MB/s sequential throughput. For this reason and because it delivers the gaming performance it does, we award the addlink AddGame A95 2TB our second highest award and recommend it for our readers.