With over 500 gamers competing in 7 national and international eSports competitions, PGL is preparing its biggest DreamHack event in Romania yet. 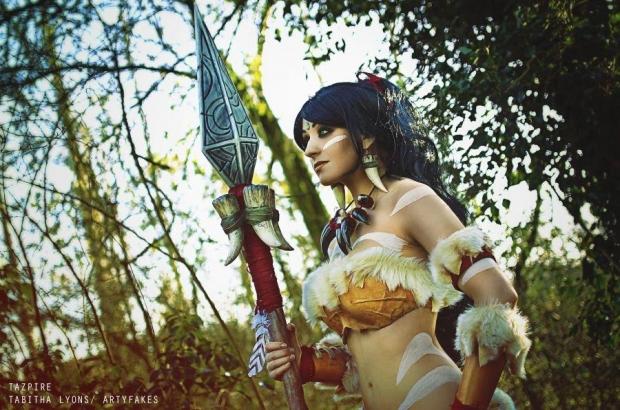 Whether they want to enjoy the biggest eSports spectacle in the world or to compete in a tournament of their own choosing, thousands of gamers from all across Europe will congregate in two weeks in the heart of Transylvania for DreamHack Cluj-Napoca 2015.

The newest PGL event will be held between October 29 and November 1st in the Polyvalent Hall, Cluj-Napoca and will attract some of the biggest names in eSports.

DreamHack Open, the next Major

The centerpiece to this digital festival will be the DreamHack Open tournament, the next Major, featuring 16 of the world's best CS:GO teams from Europe and North America. Joining them will be a titanic talent line-up of 14 commentators and analysts, many of whom will travel to Romania for the first time.

The event will span over 5 days, with Group stage played Wednesday to Friday, and playoffs on Saturday and Sunday. The initial day of the group stage (October 28th) will be played in a closed studio environment and all remaining matches between October 29 and November 1 will be played out on stage.

The PGL Winter Tavern Tales 2015 tournament will bring the best Hearthstone: Heroes of Warcraft players in the world to Cluj-Napoca's Polyvalent Hall. 128 players will battle in the Conquest format through group phase, but only 16 of them will move on in the single-elimination bracket, where there won't be any second chances.

HS fans from all over the world will be able to follow the Tavern Tales tournament on twitch.tv/pgl_hs where casters Gnmish and Forsen will cover the basics and the not-so-basics of this epic confrontation of card-slingers.

PGL is taking its cosplay event to the next level with the PGL Cosplay Open convention, which will include a 8.000$ prize pool contest. A premium panel of judges, composed of Marie Claude Bourbonnais (Canada), Tabitha Lyons (UK), Calypsen Cosplay (Poland) and Dyana Smythe (RO), will give their input evaluating contestants' costumes. The 10 best cosplayers will qualify for the grand final, which will take place on the main stage Sunday, November 1st, from 10 AM. The PGL Cosplay Open grand final will also be streamed on twitch.tv/pgl_cosplay

The international guests will also hold panels and workshops, which will be included among other activities in the PGL Cosplay Open schedule.

As usual, cosplayers will benefit from free access to DreamHack Cluj-Napoca 2015 and are welcomed to participate in the Halloween parade which will take place on Saturday evening.

Romanian gamers will have the exclusive opportunity to participate in the PGL Dota 2 Ancients of War, LOL IeSF World Championship Romanian Qualifiers, the PGL League of Legends Highschool Cup, the PGL Hearthstone College Cup and the PGL Minecraft School Cup. Amateurs wanting to test their mettle can compete in PGL Arena in a series of 1v1 tournaments which will bring them prizes and glory.

All the national eSports competitions and their schedules are featured on the dreamhack.ro website.

Throughout the four days (October 29th - November 1st) in which the Polyvalent Hall in Cluj-Napoca will be open to the public for DreamHack there will be an ongoing sale of collectible CS:GO pins, each of which comes with a virtual version that you can show off in the scoreboard and your CS:GO profile. Look for these pins at the Esportshop.eu booth positioned right near the entrance to the venue. VIP ticket holders will also be able to buy pins in the VIP lounge.

Add a dash of youtubers and a sprinkle of contests and the DreamHack Cluj-Napoca 2015 festival is almost complete. Some of the most famous Romanian youtubers will be present at the PGL Streaming Area to play with their fans. On top of that, the PGL Adventure treasure hunt will take participants on a wild ride around the venue to collect challenges and prizes from our partners.

Tickets are available on esportshop.eu