ROCCAT's ambitious MMO-hybrid gaming mouse is here. With its completely hot-swappable side button grid, the ROCCAT Nyth represents a new standard in gaming gear customization. The Nyth adapts to the individual preferences of every gamer, regardless of genre. With loads of out-of-box configurations, the Nyth is a modular marvel with unlimited combinations tailored to gamer specificity. In its out of the box configuration the Nyth offers 36.738 different combinations using 33 buttons, plus side-grips "We've loved cracking the challenge of the Nyth," says René Korte, founder and CEO of ROCCAT Studios. "Making a mouse so deeply customizable was a great test for our creative and design teams. What we ended up with was not only a one of a kind MMO-centric piece of gaming equipment, but a mouse that is a chameleon. Turn it into a MOBA mouse, an FPS weapon, and more; any gaming configuration for any genre you can think of. That's what the Nyth brings to the table." 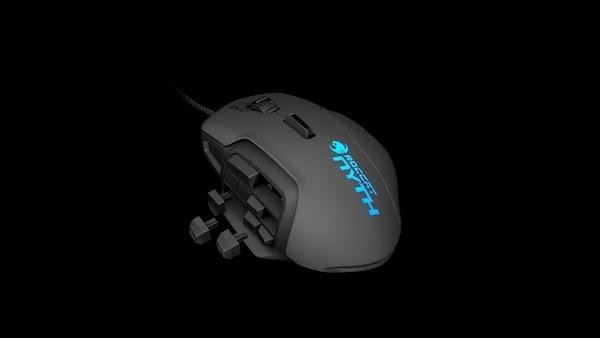 Nyth provides massive out-of-box customization options for the average gamer, to the competitive pro. However, ROCCAT wanted to create even more extendibility, and this is where 3D printing came into play. Soon after gamescom '15, ROCCAT will launch an online 3D printing library with enormous button theme variety, tons of ergonomic options and additional special parts to individualize your Nyth. The "Build your victory," philosophy behind Nyth is baked into the core of this amazing gaming mouse, where every individual gets to decide exactly how they want to give themselves the perfect edge. Says René," Each Nyth is like a fingerprint. No two will be exactly alike; every gamer will have their own unique, custom gaming tool to play with." 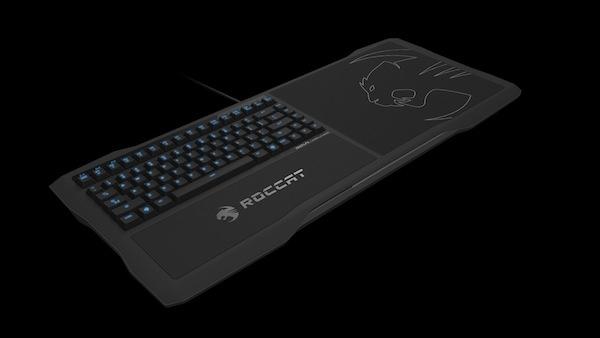 Last year, ROCCAT's Sova prototype made its debut at E3, with a highly popular showing for the modular gaming board bent on bringing the PC gaming experience to the living room. Since then, a few slightly similar products were seen at events like CES and Computex. At gamescom 2015, ROCCAT shares the latest details on where the wholly original, never duplicated Sova stands today, and gives attendants the first hands-on access to our first retail Sova offering in a series. Why more than one Sova? Simple - gamer's feedback, and listening to the community.

Says René, "After the great reception at E3 for our Sova prototype, we were given so much feedback, and pursued that further with surveys and more testing. Gamers want a PC gaming living room solution that's affordable, effective, and meets their spec priorities." With this community feedback, ROCCAT's designers enthusiastically returned to the drawing board. Analyzing the survey data led to some significant changes in design and features of the Sova: 2/3 of our 20.000 survey participants wanted a wired option. Only 10 percent were willing to accept daily charging of a wireless variant. 1/3 were happy with a weekly charge.

"Gamers were happy to accept a wired device if that meant an overall drop in price and eliminated the need for charging batteries", says René. "While many are still very excited about a wireless Sova, It became clear that we simply had to offer different versions of the Sova if we want to respond accordingly to different gamer needs."

The Sova making its Gamescom debut is one of two wired Sova gaming boards. The wired options will feature rubberdome or mechanical keys at slightly different price points, each with a USB cable for connecting to the player's PC or Steam machine. Finally, the wireless Sova will come equipped with mechanical keys, and a long-life battery that falls in line with our high standards for uninterrupted gaming sessions. All will come with a slew of fantastic features and tiered price points, all built with ROCCAT's deep commitment to quality, durability and Future Ready design.

Closes René, "Our wired Sova making its gamescom 2015 debut, will retail at 149 USD. We are excited to see people interact with it, ask us questions and most importantly, enjoy the couch gaming experience PC gamers deserve."

This year's ROCCAT gamescom booth is powered by Alienware, Effect Energy and Gaijin.