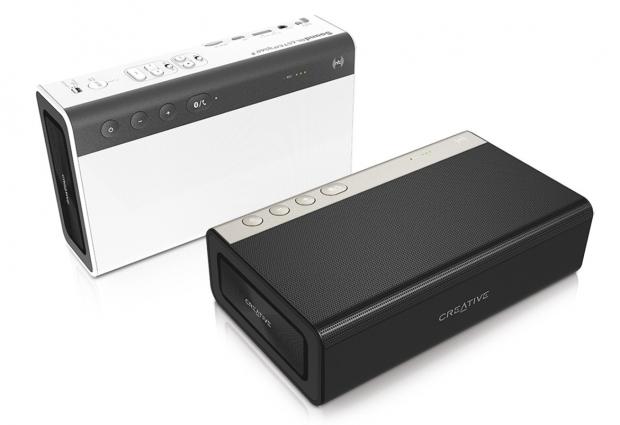 Increased flexibility with additional placement and acoustic options: Users can choose between placing the speaker horizontally for room-filling and balanced audio, or vertically for louder and more directed audio.

"The original Classic Sound Blaster Roar was an amazing feat of audio engineering. It was truly a speaker that defied the laws of acoustic engineering. We razed through countless designs and overcame seemingly impossible design obstacles. In the end we created a portable Bluetooth wireless speaker with powerful killer audio and kickass thumping bass in a size no larger than a booklet." said Mr Wong Hoo Sim, Creator of the Sound Blaster and CEO of Creative Technology Ltd.

"But that was just the beginning. With the all new Sound Blaster Roar 2, we have upped our game and taken the feat of speaker miniaturization to the next level. The main design intent of the Sound Blaster Roar 2 was to create a smaller-lighter-sexier version of the Classic Sound Blaster Roar while retaining its sonic DNA. This is even more daunting than the designing of the original Sound Blaster Roar, because by the law of physics, great audio simply requires a larger enclosure. By further pushing the envelope of high-powered portable speaker design, we have again achieved a new 'impossible'.

The Sound Blaster Roar 2 retains the same mind-blowing 5 drivers, the same electrical design, and the same battery as the Classic Roar, but is now 20% smaller. Not only smaller and lighter, we have made it sexier. By revealing the pulsating machine-finished bass radiators, your music now becomes an aurally, visually and sensually appealing experience. And by re-orienting the speaker in a vertical position, you can get a new audio profile that is louder and more directed − great for a noisy party or an outdoor environment." 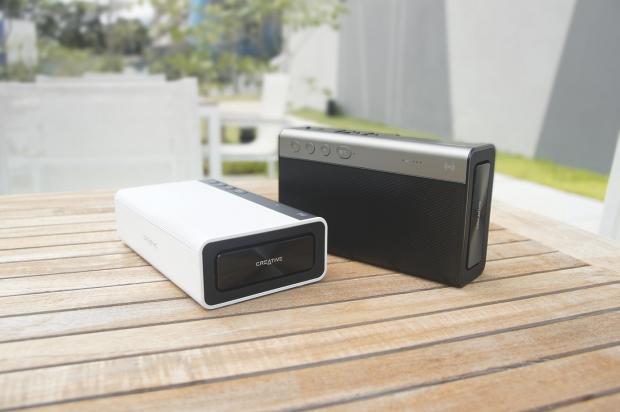 The Sound Blaster Roar 2 features an integrated MicroSD WMA and MP3 player that allows users to play audio directly from a MicroSD card, so users do not need to always commit their smartphone to play music. The player even allows users to skip music folders so that they can navigate to their songs faster without having to tediously cycle through all their individual tracks.

With its built-in high quality microphone providing for clear 360° voice pickup, the Sound Blaster Roar 2 is able to take calls when connected to a smartphone via Bluetooth.

The speaker is able to connect wirelessly via Bluetooth, and utilises the aptX and AAC codecs for the highest quality audio and lowest possible latency. The sound booklet also features the latest Near-Field Communication (NFC) technology, allowing users to quickly and easily connect to Bluetooth devices, requiring only a simple tap from an NFC-enabled smart device to the speaker to pair and establish a connection. Users can also connect two Bluetooth devices to the Sound Blaster Roar 2 simultaneously.

In Bedtime Mode, the Sound Blaster Roar 2 gradually reduces its volume before automatically shutting down. The feature allows users to be gently and gradually lulled to sleep, and at the same time preserves the speaker's battery by turning it off after a predetermined time, instead of leaving it switched on for the whole night. Parents of young children would also appreciate the feature − they can record themselves reading out a bedtime story, and play the recording back to their children as they are falling asleep.

The Sound Blaster Roar 2 is not just a wireless speaker for smart devices. Users can connect it to their PCs or Macs via USB to enjoy clear digital audio for their desktops or laptops. Connecting the speaker via USB enables advanced PC audio processing via the downloadable software, Sound Blaster Control Panel, and full access to the SBX Pro Studio suite of technologies that intelligently enhance audio in real time.

The Sound Blaster Roar 2 also features a Dual Purpose Battery. The large, built-in 6000 mAh Lithium-Ion rechargeable battery can be used to charge smartphones and tablets, beyond providing up to 8 hours** of audio playback.