To celebrate the grand milestone of selling over 100 million NVIDIA GPU based video cards from the moment MSI started to manufacture these until 2015, MSI has prepared a special limited edition of its recently launched GTX 960 GAMING and much awarded GTX 970 GAMING models with a striking NVIDIA green color scheme. 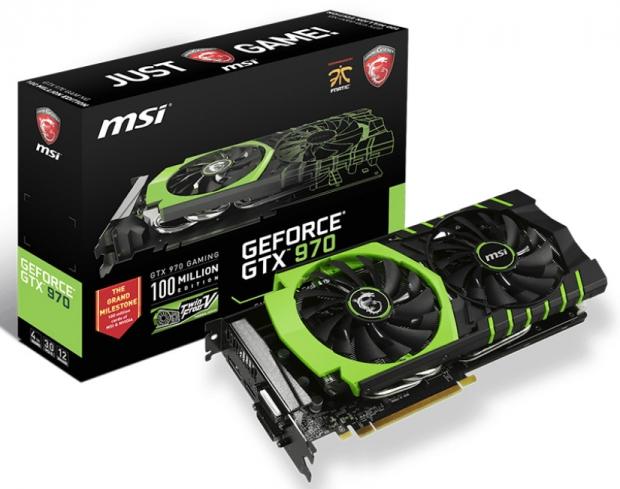 Both cards feature the well-known MSI Twin Frozr V cooler with Zero Frozr technology and Torx Fan design with innovative award-winning cooling technology for silent and cool gaming graphics. They will also come with a backplate to improve structural rigidity and most of all complement the exclusive premium appearances. As a token of appreciation, a special gift for dedicated MSI fans is included in the box. The MSI GTX 960 GAMING 100 ME and MSI GTX 970 GAMING 100 ME are now globally available.

The long-standing partnership between MSI and NVIDIA dates back to the nineties, before the first GeForce cards were available and Riva TNT was the benchmark. Over the years, MSI have brought you some of the most innovative, cutting edge and exotic cooling technologies like the Seaweed-Blade Fan and Cyclone Thermal Design. Ultimately introducing the revolutionary Twin Frozr design in 2008 which evolved into today's celebrated Twin Frozr V cooler. According to internal data, MSI is currently the most popular brand for performance users and enthusiasts in many regions. The accomplishment of selling over 100 million NVIDIA based MSI video cards is a testament to MSI's number one position in gaming and devotion to ever improving product performance and quality. 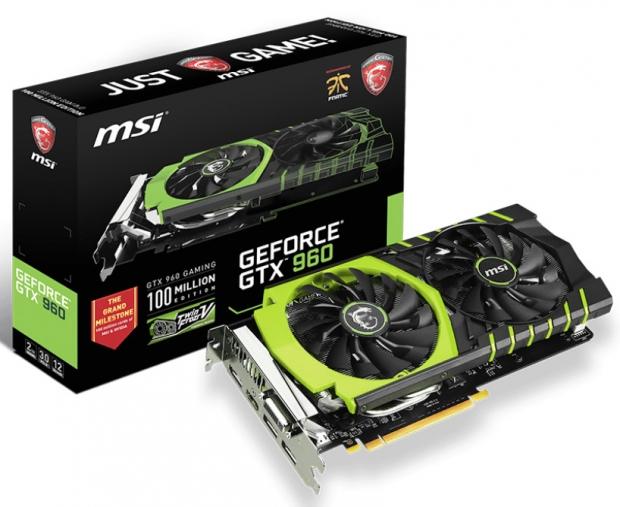 The MSI Twin Frozr V Thermal Design is the pinnacle of video card air cooling. With a smaller than 2-slot design the Twin Frozr V is able to surpass previous generations by a large margin. The advanced 10cm Torx fans ensure huge amounts of silent airflow and visually complement the bold look of the latest Twin Frozr design. The heat sink itself is re-organized through the SuperSU design which increases heat pipe efficiency, especially when combined with Airflow Control Technology. Zero Frozr is a throwback to 2008 when MSI was the first to market high-end, zero noise video cards thanks to fans that stop spinning in low-temperature situations 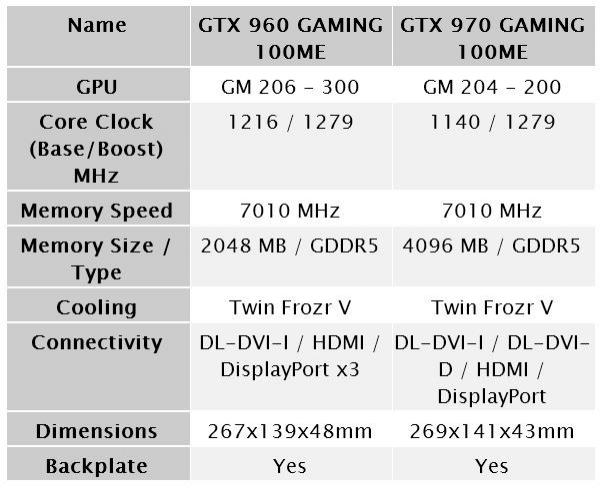