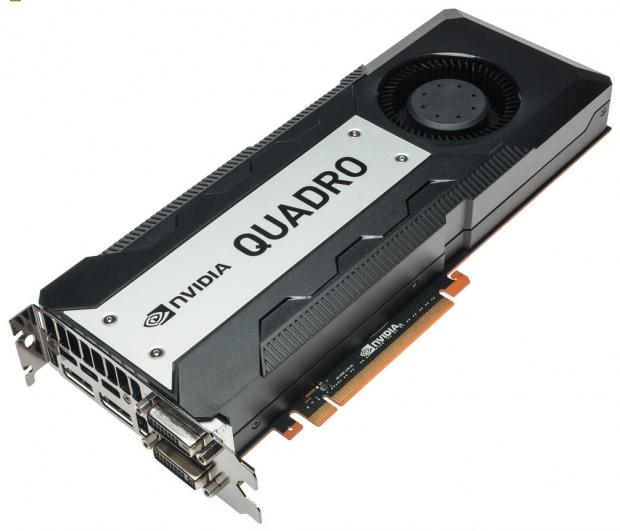 Combining breakthrough performance and advanced capabilities in a power-efficient design, the Quadro K6000 GPU enables leading organizations such as Pixar, Nissan, Apache Corporation and the Weather Channel's WSI division to tackle visualization and analysis workloads of unprecedented size and scope.

"The Kepler features are key to our next generation of real-time lighting and geometry handling. We were thrilled to get an early look at the K6000. The added memory and other features allow our artists to see much more of the final scene in a real-time, interactive form, and allow many more artistic iterations."

"With Quadro K6000's 12 GB of memory, I am now able to load nearly complete vehicle models into RTT Deltagen and have stunning photorealism almost instantly. Instead of spending significant time simplifying the models to fit into previous hardware, we can now spend more time reviewing and iterating designs up front which helps avoid costly changes to tooling."

"Compared to the Quadro K5000, the Quadro K6000 tripled the performance when running jobs on Terraspark's InsightEarth application. With jobs running in mere minutes, we can run more simulations and get better insight into where to drill. In this business, drilling in the wrong place is a multi-million dollar mistake, and the Quadro K6000 gives us the edge to make better decisions."

The Quadro K6000 GPU is based on the NVIDIA Kepler architecture - the world's fastest, most efficient GPU architecture. Key performance features and capabilities include:

"The NVIDIA Quadro K6000 GPU is the highest performance, most capable GPU ever created for the professional graphics market," said Ed Ellett, senior vice president, Professional Solutions Group at NVIDIA. "It will significantly change the game for animators, digital designers and engineers, enabling them to make the impossible possible."

Quadro GPUs are designed, built and tested by NVIDIA to provide the superb reliability, compatibility and dependability that professionals require. They are certified and recommended by more than 150 leading software application providers worldwide.

The NVIDIA Quadro K6000 will be available beginning this fall from Dell, HP, Lenovo and other major workstation providers; from systems integrators, including BOXX Technologies and Supermicro; and from authorized distribution partners, including PNY Technologies in North America and Europe, ELSA and Ryoyo in Japan, and Leadtek in Asia Pacific.