AMD today announced a collaboration with Crystal Dynamics following the launch of "Tomb Raider," one of the most highly anticipated PC games of 2013, and part of the AMD Gaming Evolved program. AMD and Crystal Dynamics worked together extensively on the development of "Tomb Raider," most notably with TressFX Hair, the world's first in-game implementation of a real-time, per-strand hair physics system. This leading-edge technology imparts one of the most iconic video game characters, Lara Croft, with an astonishingly lifelike appearance. With AMD Radeon graphics, gamers can unleash the full potential of this next-generation technology.

"With the launch of 'Tomb Raider' and TressFX Hair, AMD and Crystal Dynamics have radically pushed the boundaries of realism in the PC gaming experience," said Matt Skynner, corporate vice president and general manager, AMD Graphics. "Over the past several months, AMD has proven that the Gaming Evolved program is set to full throttle, and today's launch is a testament to AMD's ingenuity and innovation. Our team is working with the finest game developers in the world to ensure AMD Radeon HD 7000 Series graphics deliver the ultimate PC gaming experience." 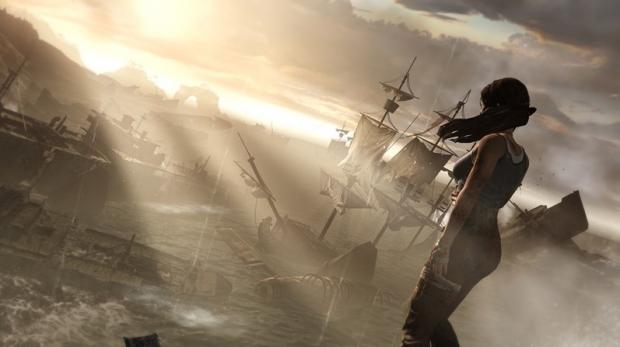 "AMD and the Square Enix Studios, including Crystal Dynamics, have a long successful history of collaboration, starting with 'Deus Ex: Human Revolution' from Eidos Montreal," said Darrell Gallagher, studio head, Crystal Dynamics. "We continue this close PC gaming relationship with the latest edition of 'Tomb Raider.' The AMD Gaming Evolved engineers and the team at Crystal Dynamics worked for months to make TressFX Hair a reality - with tremendous success. We hope that gamers can best take advantage of the dynamic realism we've brought to Lara through AMD Radeon and Graphics Core Next."

Coupons for "Tomb Raider" included in the AMD Radeon "Never Settle: Reloaded" bundle are provided by resellers in select regions1 when customers purchase select AMD Radeon HD 7900 and HD 7800 Series graphics cards, and coupons can be redeemed on the AMD redemption portal.