Citrix Ready is a product verification program that demonstrates compatibility with Citrix Application Delivery Infrastructure. AMD completed a rigorous process to ensure compatibility with the industry-leading XenServer platform, which is widely acknowledged as one of the fastest and secure server virtualization products in the industry. 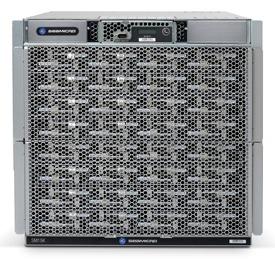 "Data center virtualization is expected to accelerate, and we have worked closely with Citrix to ensure that our customers can now effectively and efficiently deploy an integrated Citrix-AMD solution," said Andrew Feldman, general manager and corporate vice president of the Data Center Server Solutions group, AMD. "The combination of Citrix XenServer and the highest density, most power efficient SeaMicro server is a winning combination that takes data center efficiency and management to the next level of performance."

AMD's SeaMicro SM15000 is the highest-density, most energy-efficient data center platform. It combines compute, networking, and storage in a single ten rack unit system all linked by a high performance supercompute fabric that creates a hyper-efficient system by enabling common components to be shared. AMD's differentiated technology allows the highest performance, compute and storage density as well as the most bandwidth per unit compute of any micro server.

More information on SeaMicro and its breakthrough micro server technology can be found at www.seamicro.com.