Today we're starting to roll out the official release of the update to Xbox LIVE subscribers around the world. To ensure a stable release, this will be a gradual deployment across subscribers and regions over the course of the next week. Our initial deployment will reach approximately three million consoles worldwide, with additional users being updated over the course of a couple weeks. Don't panic if you don't see an immediate update, just keep checking back in. 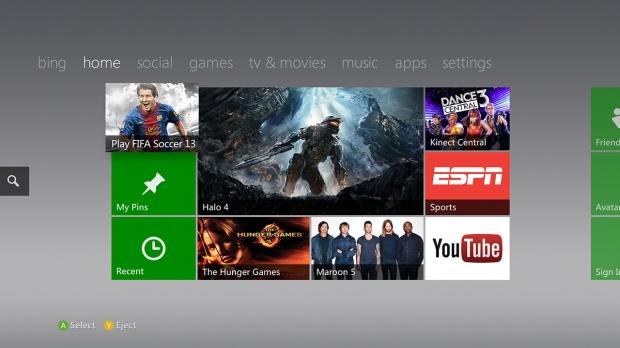 In this update, you will see the following features.

What about Xbox SmartGlass? That's coming too, but not until Windows 8 launches on October 26th. When the Xbox SmartGlass app launches on tablets, PCs and smartphones, it will include key foundational experiences for interacting with your Xbox 360, such as dashboard and app navigation and Internet Explorer control, like text input, scrolling and pinch and zoom.

Yesterday, we shared all the details about Xbox Music, our brand new digital music service. Xbox Music begins rolling out today on Xbox 360, it will launch with free streaming on all Windows 8 PCs and tablets on October 26th and Windows Phone 8 as devices arrive in market. Xbox Music combines all the different ways people love to enjoy music, creating the ultimate all-in-one music service.

For all the details on Xbox Music, check out the Microsoft News Center.