Today Logitech responded to music fans who want pure, undiluted music wherever they go with the launch of a new line of Logitech UE products. The products enable people to enjoy their music when and how they want, delivering seamless wireless audio, facilitating discovery and making sharing simple with a complete line of music products that take you from morning to night. The new offering includes earphones, headphones, wireless speakers, and a smart radio.

"Today's fans have their music with them wherever they go - they carry it with them on their tablet or smartphone," said Rory Dooley, Logitech senior vice president of music. "But no matter how or where you choose to store or access your favorite music, this lineup is the best way for you to experience it. Whether you want to be completely immersed in your favorite song, to share music with friends, or to discover new favorites, Logitech UE is the clear choice." 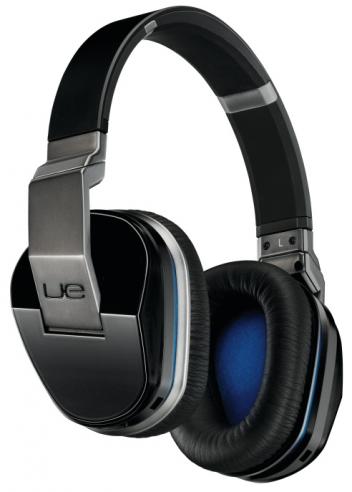 As people shift away from traditional methods of music consumption toward services that are easily accessed through mobile devices, they are increasingly able to surround themselves with their favorite music no matter where they go or who they're with.

Combining Logitech's expertise in seamless connectivity with UE's heritage of providing great sound in the tiniest of packages, the new lineup blends form and function to deliver the right sound for any situation.

Highlights of the new lineup include:

The Logitech UE Boombox is an on-the-go speaker that lets you use your smartphone or tablet to play and control your music from up to 50 feet away. Up to eight Bluetooth-enabled devices can be paired with the speaker - with up to three connected at the same time - so you and your friends can take turns playing music. With eight custom-tuned drivers, the Logitech UE Boombox delivers sound that is rich, balanced and clear, with enough bass to make every song feel as real and as raw as it should. An integrated, sculptured aluminum handle makes it easy to roam - from the kitchen, to the bedroom, to a party at a friend's house or anywhere in between - with uninterrupted music at your side. With a six-hour rechargeable battery, you won't have a power outlet holding you down. The Logitech UE Boombox will be available for a suggested retail price of U.S. $249.99.

The Logitech UE Mobile Boombox is an ultraportable speaker that connects to your smartphone or tablet to play and control your music from up to 50 feet away. Because two mobile devices can be connected at the same time, you can keep your two most-frequently used devices connected. Designed to give you surprisingly big sound in a portable package, the Logitech UE Mobile Boombox includes a rechargeable battery that delivers up to 10 hours of music, depending on use, settings and conditions, and can even double as a speakerphone for voice or video calls. With metal finishes, vibrant accents and a grip-action rubber casing, it is built to look good, feel great in your hand, and withstand a little rough and tumble. The Logitech UE Mobile Boombox will be available for a suggested retail price of U.S. $99.99. 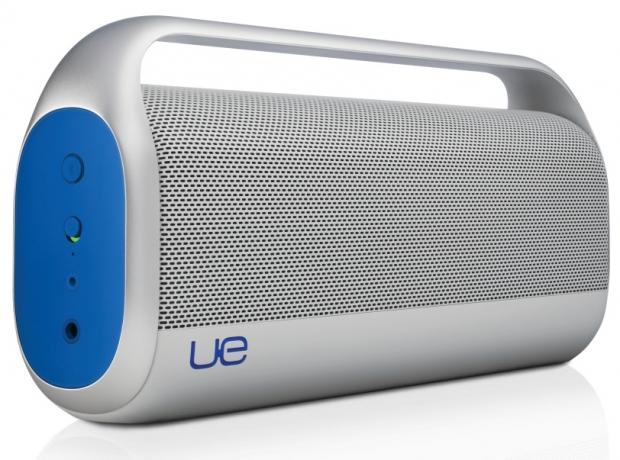 The Logitech UE Smart Radio is a dedicated music device that can play Internet radio, online music services and the music on your PC or Mac - all through one simple, unified interface. The color screen displays album art, track and station information. And you can save your favorite stations and playlists for one-touch access to the music you listen to most. What's more, the Logitech UE Smart Radio Controller app for iPhone, iPad and Android devices transforms your smartphone or tablet into a master music controller, giving you seamless navigation of your music services, radio stations and personal music collection. The rechargeable battery lets you take your music with you around the home, with up to six hours of continuous playback depending on use, settings and conditions. The Logitech UE Smart Radio will be available for a suggested retail price of U.S. $179.99.

Logitech UE 900 Noise-Isolating Earphones deliver sound that is surpassed only by Logitech UE's professional custom in-ear monitors. Thanks to four-armature speakers and a three-way crossover in a universal fit, you'll hear a wide soundstage with soul-satisfying bass, heavenly highs and a crisp, piano-like timbre. The unique UE sound signature faithfully recreates the original recording - and adds a low-end kick. Five silicon and three Comply Foam tips, each designed with a large-bore opening, ensure audio is delivered cleanly. Two detachable, braided cables - one with a mic and controls, and one without - let you swap out the standard cable for a cable with mic and controls. And ear loops offer a secure, comfortable fit no matter what you're doing. The Logitech UE 900 Noise-Isolating Earphones will be available for a suggested retail price of U.S. $399.99. 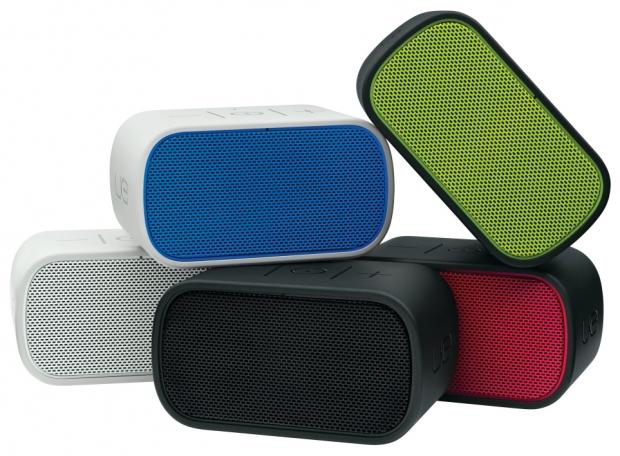 With the Logitech UE 9000 Headphones, there are no wires and no distractions. They connect wirelessly to your favorite Bluetooth devices, but also include an optional cable should you want to go wired or run out of power - plus, they fold flat when you're on the go. The high-resolution drivers of the Logitech UE 9000 Headphones deliver pure, undiluted audio that's distinctly UE - rich, clear and perfectly tuned - for a spacious soundstage and a remarkable level of power, punch and clarity. Powered by a long-life battery, our proprietary Bluetooth implementation provides freedom from cords without sound-quality compromises. Listen wired or wirelessly - so the music never has to stop. Active noise canceling technology filters out ambient noise for a more immersive experience. With asymmetrical memory foam cushions, articulating joints and an around-the-ear design, the Logitech UE 9000 Headphones conform to the contours of your head, so you'll be comfortable for those extended listening sessions. Logitech UE 9000 Headphones also feature intuitively and discreetly placed controls that respond to the touch of your fingertips, so you can select songs, turn up the volume, or answer a call - naturally and easily. The Logitech UE 9000 Headphones will be available for a suggested retail price of U.S. $399.99.

All of these new music products, compatible with your iPhone, iPad or iPod touch, are expected to be available in the U.S. and Europe beginning in September 2012 at Apple Store locations. For more information, please visit www.LogitechUE.com or our blog.