Plextor, a leading developer of high-performance digital storage equipment, announces the launch of its newest Solid State Drive (SSD), the M5S Series, featuring an enhanced and sustained read/write speed up to 73,000/70,000 IOPS. The M5S Series performs faster than its award-winning predecessors with overall enhanced performance. With its exclusive firmware technology, Plextor is proud to offer a consistent high quality and high-performance SSDs that will ensure the sustained optimal read/write speed after long periods of time and continued to excel in performances.

Plextor's M5S SSD features a sustained computing performance with its exclusive firmware technology, including Instant Restore, Global Wear Leveling, and Bad Block Management. Besides the sustained long-term high speed performance that greatly strengthens the efficiency of data transfer, Plextor exclusive technology also helps stabilize and improve the sustainability of its SSDs. The new-generation M5S also inherits True Speed, a Plextor's exclusive high-speed sustaining and non-declining performance technology that featured random read/write speed up to 73,000/70,000 IOPS as well as the continuous read/write speed up to 520/390 MB/s. The M5S SSD can truly responds to the complex access environment of the computer and bring a superb computing performance under stable speeds. 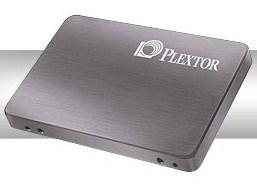 The M5S Series has persisted on the Plextor's high-quality imperative for its SSD and can greatly satisfy users' demands for durability, data security, and stability in SSD's. The low power-consumption and high transmission rate can better suit the users' goals for upgrade of system performance. Plextor continues to promise optimal service for its customers by registering for VIP membership at Plextor official site. Once registered, users can download PlexTool, the exclusive SSD application that provides a full range of services for SSD such as monitoring of the drive status and upgrading firmware.