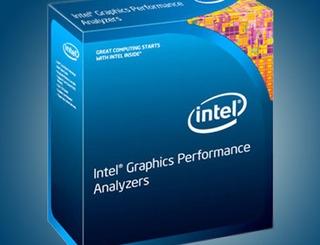 "Gaming is one of the largest consumer segments for smartphones, but nobody wants a game that drains a smartphone battery," said Craig Hurst, Intel's director of Visual Computing Product Management. "There are few choices for developers who want to optimize apps for power, so Intel GPA 2012 introduces power metrics, ensuring that a game not only has great performance, but also runs longer on Ultrabooks, Android tablets and smartphones."

Intel GPA Platform Analyzer - Developers can visualize performance of application tasks and the effect on devices by viewing CPU metrics and graphics workloads. PC application developers can also see how their software would perform in a multi-core environment. Intel GPA Platform Analyzer has been rebuilt from the ground up for the release of Intel GPA 2012 to provide more system behavior information. Additionally, the tool is capable of handling large volumes of data to emulate application performance on an extended run.

Intel GPA 2012 is available as a free download at www.intel.com/software/gpa. Support for Android devices is expected to be publically released this year.