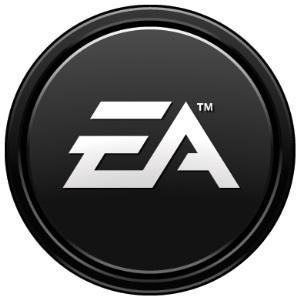 "We are pleased to report a strong holiday quarter driven by Battlefield 3, FIFA12 and a strong showing by our digital games and services," said Chief Executive Officer John Riccitiello. "Star Wars: The Old Republic is developing a committed community of players with more than 1.7 million active subscribers and growing."

Star Wars: The Old Republic has generated 1.7 million active subscribers and sold through more than 2 million units in a little over one month.

EA was the number one publisher by segment share in Western markets for the calendar year, where EA segment share grew by 3% to 20% in Europe and by 1% to 17% in North America.

PopCap - which joined EA in August has grown revenue by 30 percent on a trailing-twelve-month basis.

EA was the number one game publisher in the Apple App StoreSM in December. In December, EA's first free-to-play mobile game, The Sims: FreePlay, reached the number one position on the list of top-grossing iPad Apps.

EA's Nucleus registration system now has a database of more than 168 million consumers.

The following forward-looking statements, as well as those made above, reflect expectations as of February 1, 2012. Electronic Arts assumes no obligation to update these statements. Results may be materially different and are affected by many factors, including: product development delays; competition in the industry; the health of the economy in the U.S. and abroad and the related impact on discretionary consumer spending; changes in anticipated costs; the financial impact of acquisitions by EA; the popular appeal of EA's products; EA's effective tax rate; and other factors detailed in this release and in EA's annual and quarterly SEC filings.

Non-GAAP net revenue is expected to be approximately $925 million to $975 million.

GAAP diluted earnings per share is expected to be approximately $1.45 to $1.59.

Non-GAAP diluted earnings per share is expected to be approximately $0.10 to $0.20.

For purposes of calculating fourth quarter fiscal year 2012 diluted earnings per share, the Company estimates a share count of 338 million.

o Approximately $5 million from the amortization of debt discount; and

o Non-GAAP tax expense is expected to be $28 million to $41 million higher than GAAP tax benefit.