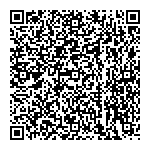 Staying connected to family, friends and colleagues can seem like a full time job for mobile users who must switch back and forth between email, IM, Facebook, Twitter, SMS and other messaging apps. Ping alleviates this stress by seamlessly combining chat, email and social media messaging in one app, organizing conversations from all services by person.

Ping's user interface features an innovative contact carousel that allows the user to view his/her contacts in a simple, wheel-like view. The app automatically organizes all messages from a contact regardless of which service they are using, allowing the user to view, read and send messages from one convenient screen. And, it orders your contacts by those that you've had the most recent contact with making it easy for the user to stay close to those who matter the most. Additionally, Ping was developed with SEVEN's push platform, enabling extended device battery life and real time message delivery.

"People today are busy enough keeping track of their various mobile devices. Add to that the task of managing all of the different messaging apps and mobile communication becomes a bit overwhelming," said Ross Bott, president and CEO of SEVEN. "Ping simplifies communication and messaging, allowing users to focus on the contacts and communications that matter the most to them."

Ping is available to mobile users worldwide as a free download on the Android Market. An expanded version for wireless carriers is currently in trials before being embedded on upcoming devices and distributed over-the-air to devices already in market. Ping is the second Android Market app from SEVEN, following on the heels of the very successful Hotmail Android app co-developed with Microsoft (more than 3 million installs).