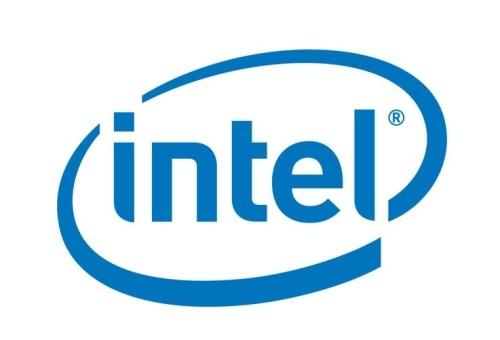 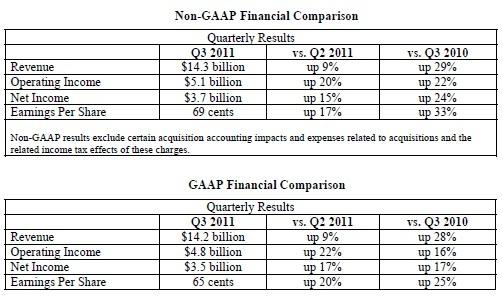 The company generated approximately $6.3 billion in cash from operations, paid cash dividends of $1.1 billion, and used $4.0 billion to repurchase 186 million shares of common stock. Intel's board of directors also voted to increase the company's buyback authorization by $10.0 billion, raising the total unused balance to $14.2 billion at the end of the third quarter. The company also completed a senior notes offering of $5.0 billion primarily for the purpose of repurchasing stock.

The platform average selling price (ASP) was up year-over-year and flat sequentially.

Gross margin was 63.4 percent, 0.6 percent below the midpoint of the company's expectation.

R&D plus MG&A spending was $4.2 billion, slightly below the company's expectation.

Net gain of $107 million from equity investments and interest and other, consistent with the company's expectations of approximately $100 million.

The effective tax rate was 29 percent, above the company's expectation of approximately 28 percent.

Intel's Business Outlook does not include the potential impact of any mergers, acquisitions, divestitures or other business combinations that may be completed after Oct. 18.

Gross margin percentage: 65 percent, plus or minus a couple percentage points.

Impact of equity investments and interest and other: a net loss of approximately $30 million.