All NewsBusiness, Financial & LegalCases, Cooling & PSUContests & GiveawaysCPU, APU & ChipsetsDealsDisplays & ProjectorsGamingMotherboardsScience, Space & RoboticsStorageVideo CardsVirtual & Augmented Reality
All ReviewsAll ArticlesAudio, Sound & SpeakersCases, Cooling & PSUCPUs, Chipsets & SoCsComputer SystemsDisplays & ProjectorsGamingMotherboardsNetworkingPeripheralsRAMStorageVideo Cards
GuidesGamingAsk the ExpertsNewsletterAboutForums
RTX 3090 TiRTX 4090Diablo 2GTA 6Halo InfiniteElon MuskRTX 3080HDMI 2.1
Press Releases
Mobile Devices
San Francisco / Munich, May 17th, 2011 - While tablet computing may in future transform the whole computer industry, it is already changing the way we look at augmented reality. And this is not only because of the big display. More and more different devices for multiple OS platforms are expected to appear on the market, equipped with advanced sensors such as high-resolution cameras. The cost of data roaming is likely to drop and considering the millions of people expected to buy such a device in the next few years, there are incentives enough for optimizing augmented reality (AR) tablet software and to start creating really useful and fascinating applications taking full advantage of the promising, new capabilities. metaio, with its junaio 2.6 release, a junaio plug-in for third party app integration, and the revised mobile AR SDK Unifeye 2.5, is well prepared and ready to go for the next generation of AR applications. 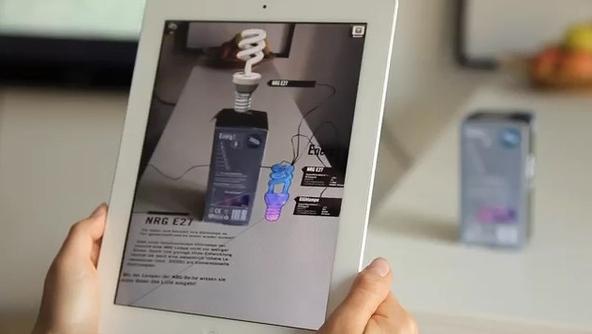 Almost every major hardware OEM has released a tablet or is planning to release one soon. The 2011 forecast by analysts at Goldmannn Sachs predict 21 million people to buy a tablet rather than a laptop. They also expect the iPad to make more money for Apple this year than its entire Mac division. And also the other stakeholders - content providers, operating system and application developers, marketers or chipset manufacturers - are fully embracing those always-on, mobile and easy-to-use multi-talents. So does metaio, who sees tablets as a perfect enabler for augmented reality. With useful application scenarios connecting real world objects with digital world displays at a single finger tap, this technology could drive the demand for tablets even further.

Augmented Reality will drive business - everywhere
Augmented Reality is more than a marketing gimmick or hype, its actually an interface revolution. Pointing a camera equipped mobile device towards an object and getting instant, context sensitive information about it, will change how we access, understand and enjoy digital information in the future, especially at home and in the office. Of course that is where tablets will be used most of the time. Need to know how to set up and connect a digital receiver to your TV? Just point your tablet at the device and see a step-by-step virtual guide displayed on top of it. Or you want to know more about a consumer product in your home. Again, point your tablet to receive further nutritional information or get access to related products in your favorite online store. Mobile AR on tablets will connect E-Commerce to objects in your home, insert comments from social networks into the real world, impact service and maintenance, tourism, education, advertising or gaming. The real world around the user becomes the stage on which he will be able to intuitively interact with related virtual information. However, in order to make the digitally enhanced experience a completely natural one, hardware and software have to fulfill essential requirements. In this respect metaio's software is well positioned to exploit the features of the most common tablets, ready to augment the world.

Hardware and software now are AR ready
The Motorola Xoom is the first tablet to arrive with Android 3.0, the Google operating system designed for tablet devices. Also iOS has been optimized for the ipad2. The extreme light weight, the multiple sensors such as compass or GPS, the large screen and perfectly positioned twin cameras of the new tablets make them fascinating machines. The dual core processor in these and other upcoming products represent another important feature. Because really sophisticated virtual content and interaction require a lot of computing power and really smart code for getting the best out of it. If you want to display for example rich media content triggered by printed material like newspapers or magazines, you need to recognize the object, process the image and render the content into the video stream tightly connected to the original image. By capturing the object on one core and by handling tracking (recognition and initialization) on the other core, performance and user experience will be so much better.

1. via an open API to its mobile AR browser, junaio version 2.6, with great user interface improvements and social network capabilities, such as a full integration with Facebook.
2. a junaio plug-in for brands who wish to build the rich junaio capabilities into their own app.
3. These front ends are backed by a revised and hugely improved AR code base from metaio's Unifeye mobile AR platform (v2.5) with significant improvements in performance and robustness, the availability of movie textures as well as the possibility of integrating external renderers.
Considering that every one of the here mentioned software components is tablet-ready, metaio is confidently looking forward towards the challenges of next generation of augmented reality applications.

As the world-wide leader in Augmented Reality technology, metaio develops software products for visual interactive solutions between the real and the virtual world. Based on the software platform Unifeye, 3D-animations can be integrated seamlessly into live-video streams respectively into pictures of the user's real environment. Founded in February 2003, metaio currently employs 70+ people at three different locations. The company is headquartered in Munich with the subsidiaries metaio Inc. located in San Francisco USA and metaio Asia in Seoul. metaio has been working with more than 450 renowned customers from different industries and geographical locations. Among them: BMW, Daimler, Siemens, Toyota, Peugeot, EADS, Bertelsmann, KUKA, LEGO, MINI, Popular Science, Focus Features and Volkswagen.

junaio is the world's most advanced mobile Augmented Reality browser and growing daily with interesting content relevant to a viewer's location or triggered through images and objects the camera is pointing at. The unmatched ease of use, great choice of content and superior features make junaio everybody's daily companion, an instant source of information about places, events, bargains or objects in the world around us. Features are: location based services using onboard GPS and compass, highly accurate positioning, even inside buildings or exhibition sites, object recognition and natural feature tracking useful for scaling and integrating graphic overlays or 3D models into the real world. Two-way interaction between the user and the displayed AR overlays allow gaming and other virtual experiences. And of course the full range of multimedia displays, including text, image, sound, video. junaio was created by metaio GmbH, the worldwide leader in Augmented Reality.