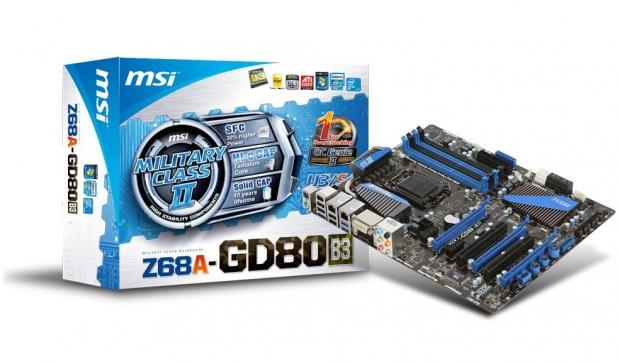 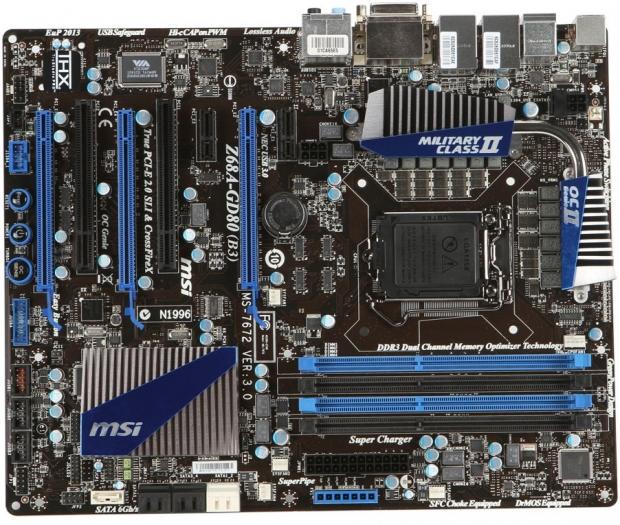 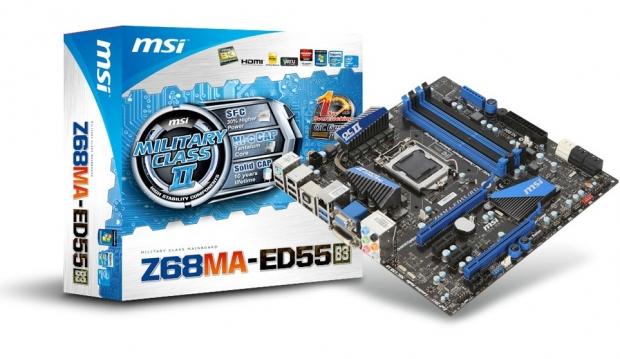 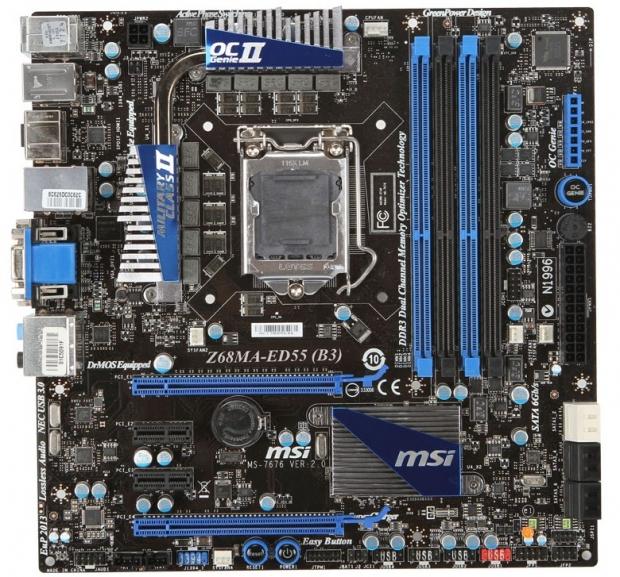 OC Genie II unleashes total system power
The MSI-exclusive OC Genie II can boost stunning system performance within the shortest time and unleash the performance of CPU, memory and integrated graphics all at once. By maximizing system performance in the most stable condition, it saves system tuning time for power users. When measuring with industry-standard benchmarking software such as 3DMark Vantage and PCMark Vantage, the results show that OC Genie II boosts 3D game performance up to 145% and hard drive reading speed up to 457% along with Intel Smart Response Technology.

Military Class II brings top quality and stability
MSI has equipped all Intel Z68 mainboards with the leading-edge Military Class II components. In addition to Hi-c CAPs made with the rare element tantalum and the Solid CAPs with a lifespan longer than 10 years, Military Class II includes Super Ferrite Choke (SFC) that enhances power supply by 30% to ensure ultimate stability and performance for system OC.

ClickBIOS
The friendly GUI allows users to adjust BIOS features with a mouse, including energy saving, OC, game and various practical utilities, all with multilingual support to meet the needs of worldwide users.

Instant OC (Control Center II) delivers independent control for OC and system monitoring
To ensure OC users can independently adjust and monitor their systems, the MSI Z68 mainboards are equipped with the Control Center II application for users to monitor the operating speed and voltage of CPU, RAM, PWM, system fan and other features, as well as adjusting the CPU voltage and frequency for total release of OC potential.

Super Charger provides off-power quick-charge of tablets and smartphones
Whether your computer system is on or off, the Super Charger can always help you to quickly charge your tablets (such as iPad) and smart phones, ensuring 24-7 operations of your handhelds.