Modern graphic cards are very complex pieces of engineering, always pushing the envelope in speed, power consumption and thermal design power (TDP). In addition to this, graphic cards have to be cooled while keeping the cooling unit within the constrains of one or two PCI slots, so that it does not block any additional expansion slots of the mainboard. To generate the required cooling performance in such tight quarters a noisy high speed fan tends to be the only option. 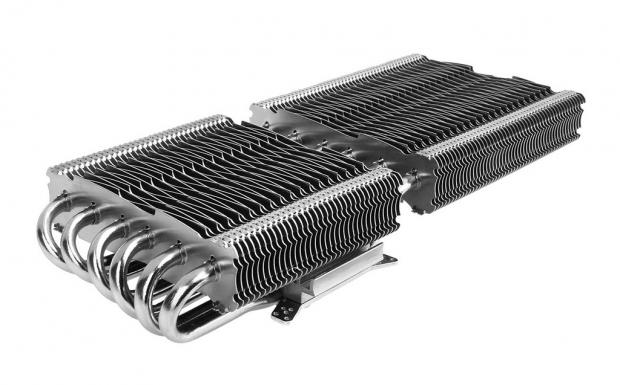 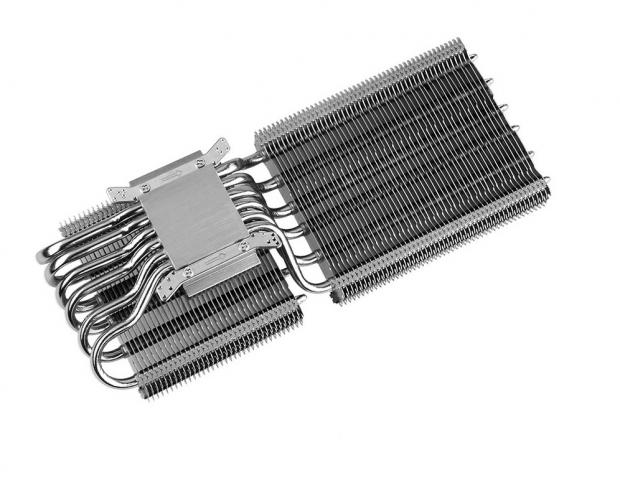 An aftermarket cooler like the Alpenfhn Peter in turn is capable of taking on up to 420 Watt, making it the perfect fit for many high-end graphic cards like the AMD RADEON HD6970 or NVIDIA GeForce GTX 580. To guarantee the best compatibility, the Alpenfhn Peter includes various mounting materials which are to be placed on the underside of the cooler. Such a system also makes the Peter future-proof as it can be installed on upcoming cards by simply acquiring the newest mounting brackets. 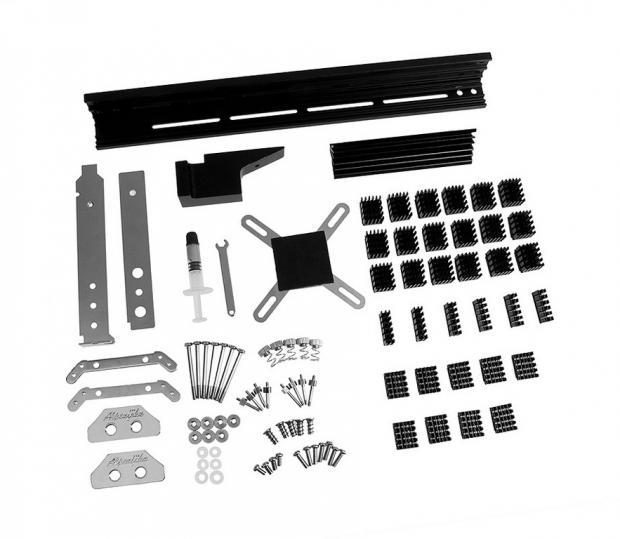 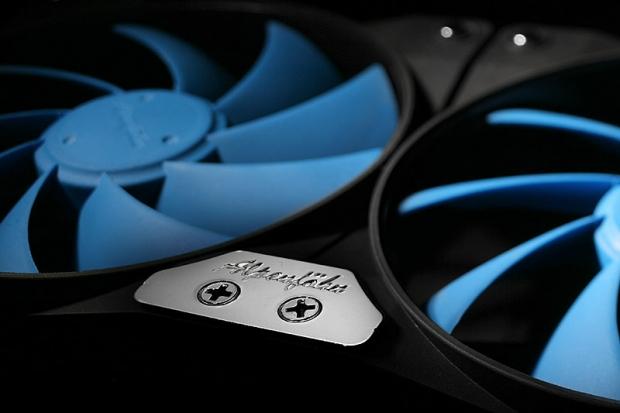 Twelve Nickle plated, copper heatpipes with a diameter of 6 millimeters guarantee the most efficient transport of heat from the GPU to the cooling fins of the Peter. 84 such Aluminum fins take the heat and pass it on to the surrounding air. This effect is catalyzed with the optional fans. To keep the strain of such the cooler on the mainboard to a minimum, Alpenfhn has included a mounting rail to hold these fans in place.

This rail is attached to the PCI slots and can take up to four 140 mm fans. In such a configuration, two of the cooling units will be placed right above the cooling fins, while the other two are attached facing the side of the heatsink. These are especially effective with cases which feature an opening in the side panel to allow for fresh air to be pulled into the case. You are also free to install smaller fans - if your chassis does not offer enough space for example.

Due to this system of customization, the user is free to create a unique configuration to suit the requirements. This allows for users who prefer silence as well as overclockers to pick their desired fans to cool the Alpenfhn Peter within their system. At launch, Caseking will be offering eight different cooler & fan bundles for the various needs and application scenarios. Besides the Alpenfhn Peter, the user will also receive a set of 30 small heatsinks, which are intended to cool the various components on the graphic card. A mix of different shapes and sizes guarantees the utmost compatibility.