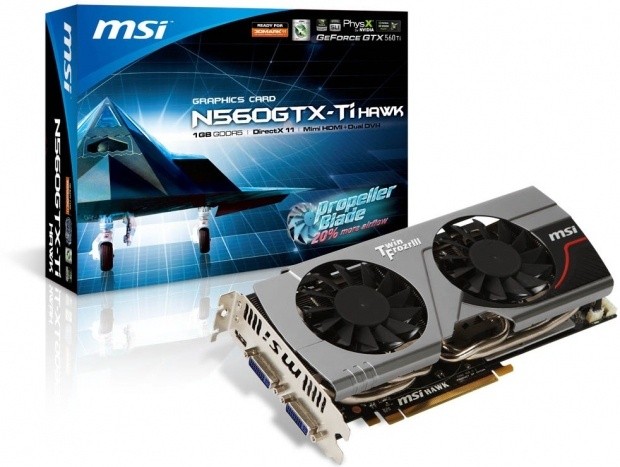 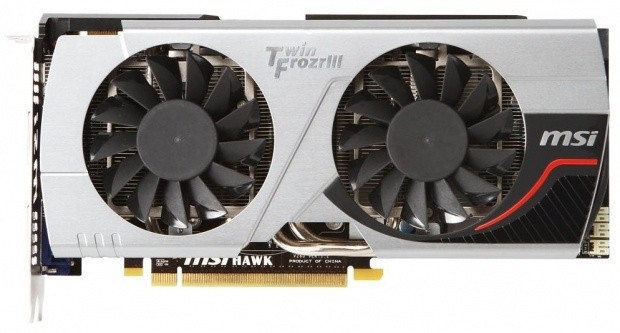 MSI's proprietary P/S Switch function allows users to change the speed of the dual fans according to personal preference and usage environments. Performance mode helps to keep the GPU temperature down even under high loads for the best performance, while Silent mode balances fan noise with thermal management during games or multimedia usage. 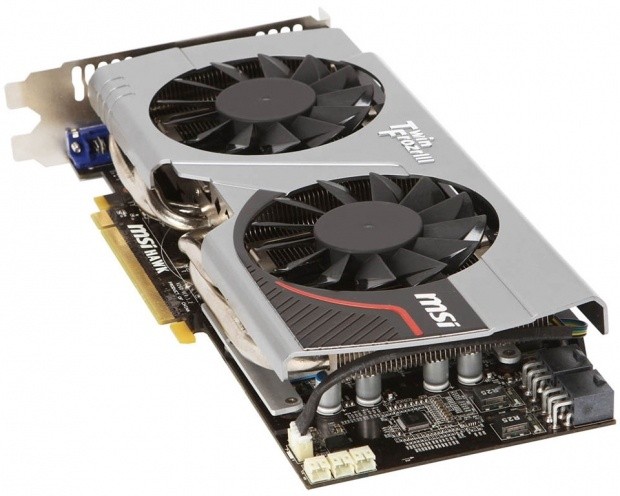 Using the Afterburner overclocking utility, amateur overclockers can easily monitor their graphics card's condition, simplifying the overclocking process. For the most demanding users, MSI has provided multi-meters at the voltage measurement points for monitoring GPU/Memory/PLL voltages. The N560GTX-Ti Hawk is truly an overclocker's essential!

Handpicked Components for the Highest Quality
The MSI N560GTX-Ti Hawk Graphics Card uses Military Class components that have come to represent the highest quality and stability among users. The new Military Class II specifications now include Tantalum capacitors with 8-times the lifetime of solid capacitors, SFC choke that provides 30% more power, and solid-cap capacitors with a 10 year service life. All of these components serve to ensure the highest quality and stability of the graphics card.

The N560GTX-Ti Hawk has many exclusive features such as the Twin Frozr III cooling module with Propeller Blade technology, Triple Overvoltage support with Afterburner, the 8+1 phase PWM design and the latest Military Class II components. The design of the graphics card represents MSI's commitment to constant innovation in its quest to provide consumers with the newest features and extreme overclocking potential.